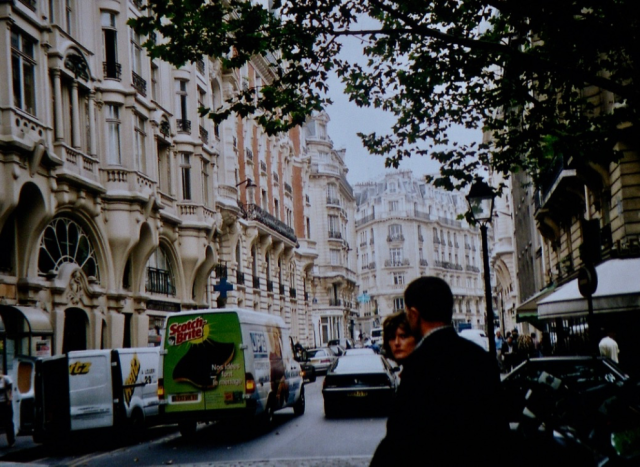 Of all the photographs I have taken of Paris, this is my favorite.

I was saddened to hear of the passage on Monday, after a year-long illness, of Mary Campbell Gallagher, a leader in the fight against skyscrapers and other modernist architecture in Paris. Mary was best known for her work as liaison in the United States for SOS Paris, an organization dedicated to preserving the historical character of the City of Light. She founded and led the Save Paris International coalition, dedicated to the same exalted purpose. 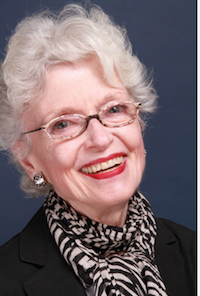 Expressions of deep regret are rolling in from the community that supports Mary’s initiatives in Paris, including Lucy Minogue Rowland, who writes: “What a loss to urbanism and especially to Paris, which she loved so much.” Nir Buras, author of Classical Planning, writes that “[h]er spirit continues to inspire us and her deeds remind us of our own commitments to beauty.” Her close friend the architectural curator Seth Joseph Weine observed, truly, that “[w]ith her … combination of grace, energy and intelligence, she unflinchingly identified and targeted the enemies of what makes cities wonderful places.” Her obituary notes that her friends considered her to be “both beautiful and powerful, a woman of vision, strong [and] articulate.” In addition to leading in the trenches of the style wars in Paris, Mary lectured widely on that city, on skyscrapers and on architecture. She had a degree in law from Harvard, which enabled her to comment acutely on the legal battles fought to save the beauty of Paris.

My own contact with Mary goes back at least to 2008, when she sent me a copy of a white paper written by architectural theorist Michael Mehaffy about then-French president Nicolas Sarkozy’s “Grand Paris 2030” plan. The result of this early use of my pipeline, via Mary, to the resistance in Paris to modernism was my Providence Journal column “France must heed cry of SOS Paris” [alas, the link doesn’t work], which sums up the continuing fight since then – mostly lost causes thus far. Mary has populated my writing frequently.

Still awaiting publication is a book of essays edited by Mary (including one by me) about how Paris and France must defeat the forces of ugliness pounding on the gates of beauty. In English, it will be called Paris Without Skyscrapers, or, in French, Paris Sans Gratte-Ciels (a much more evocative title that calls to mind what the word skyscraper actually means: scraper of the sky).

Mary’s latest contribution to my blog was her guest post in April, reprinted from Le Figaro. It is called “Lovers of Paris the World Over Are Alarmed as it Descends into Ugliness.” In my introduction to her essay, I told of having emailed her my theory that the attack on Paris’s beauty was inspired by a “growing desire to trash Western culture,” which she described as “looney tunes.” In reply, my apology of sorts was: “I admit I phrased this idea a bit more bluntly than was advisable.”

My point is to note that her legal training and her experience as a journalist and publicist resulted in considerable frankness in our years of emails back and forth regarding journalistic practice, often criticizing my occasional failure to list all her allies in the Parisian fights, and occasionally the structure of my quotations of her in my columns and posts, and various other disputes too recondite to summarize here. Others surely benefited from this side of her character. She was very sharp, very tart, and while we certainly did agree on almost every matter regarding Paris and architecture, she held me to the highest standards in my writing.

I’m sure she’s looking down now, and wishing she could type out a riposte involving my quotations of praise from her friends and colleagues, above, which required some slight editing to fit, to parse well, and, once, to censor (or rather to omit) a remark that might have caused confusion. And maybe some other things.

So I am sad that Mary and I will no longer engage in our battles over writing. Nor will she stand by me and I by her in battles over the city we love. But she will be there in spirit! She has been taken up to that great Haussmannesque city in the sky, where she will stroll the boulevards with nary a skyscraper in sight, since the Paris of the future will surely reflect her own exalted vision.

This blog was begun in 2009 as a feature of the Providence Journal, where I was on the editorial board and wrote a weekly column of architecture criticism for three decades. Architecture Here and There fights the style wars for classical architecture and against modern architecture, no holds barred. History Press asked me to write and in August 2017 published my first book, "Lost Providence." I am now writing my second book. My freelance writing on architecture and other topics addresses issues of design and culture locally and globally. I am a member of the board of the New England chapter of the Institute of Classical Architecture & Art, which bestowed an Arthur Ross Award on me in 2002. I work from Providence, R.I., where I live with my wife Victoria, my son Billy and our cat Gato. If you would like to employ my writing and editing to improve your work, please email me at my consultancy, dbrussat@gmail.com, or call 401.351.0457. Testimonial: "Your work is so wonderful - you now enter my mind and write what I would have written." - Nikos Salingaros, mathematician at the University of Texas, architectural theorist and author of many books.
View all posts by David Brussat →
This entry was posted in Architecture and tagged Lucy Minogue Rowland, Mary Campbell Gallagher, Nicolas Sarkozy, Nir Buras, Paris, Seth Joseph Weine, SOS Paris. Bookmark the permalink.