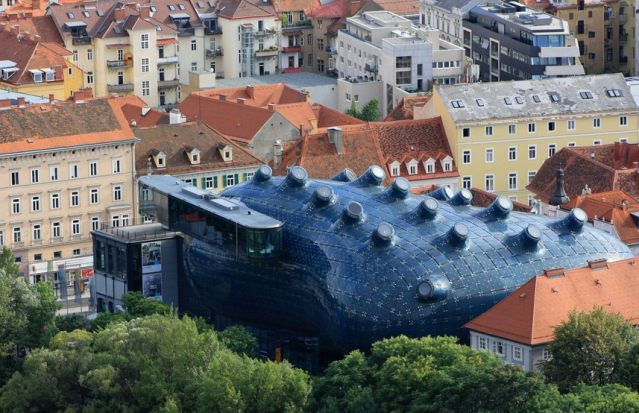 “Why You Hate Contemporary Architecture,” by Nathan J. Robinson and Brianna Rennix, is a long essay in the leftwing journal Current Affairs. The authors are its editor-in-chief and its senior editor, respectively. They omit the other typical synonym for ugly buildings (“modern architecture”) for reasons no doubt embedded in deep philosophy, and some of their economic and political assertions are on the dodgy side. But all hail Current Affairs for publishing this article, which places the case before an audience about which the phrase “preaching to the choir” certainly does not apply, and for running which they say they have been criticized.

In short, “Why You Hate” almost qualifies as a point-by-point summary of my own long list of themes in the discourse against modern architecture. From the above photo atop their article to virtually every example they use and almost every point they make, I have beaten them to it in many a blog post from the nine years of Architecture Here and There or column from my 25 years as the Providence Journal’s weekly architecture critic. It was really quite amazing to read through it. It is lushly illustrated, and the writing is elegant and delightfully unaffected.

For example, toward the end they offer pointers for overcoming some of the taboos that inhibit our thinking about architecture today. Points 4 and 5 are most pleasingly stated:

4. THE FEAR OF SYMMETRY — The tendency toward discord has to end. Symmetry is nice. Multiple overlapping symmetries can be dazzling. A building doesn’t need to be lopsided. You can line the windows up. It’s okay. It will look better. Don’t worry. We won’t tell your professor.

5. THE FEAR OF LOOKING FOOLISH — The people who most loudly disdain traditional architecture are those most concerned to convince others of their own intellectual seriousness. Designing a comforting, pleasing, and, yes, nostalgic space is simply not smart enough. People are afraid to say that they don’t “get” a building or find it ugly. It sounds childlike to say you wish it was a pastel color or you wish the two sides matched or you wish it didn’t look like it hated you. But it should be okay to say those things. Buildings shouldn’t hate you. They probably shouldn’t be weird-looking and they shouldn’t grate on the eyeballs. They should be comforting and attractive, because we have to live in them.

“I have gone to Chartres a number of times to eat in the restaurant across the street — had a 1934 red Mersault wine, which was exquisite — I never went into the cathedral. The cathedral was done en passant. Once you’ve seen one Gothic cathedral, you have seen them all.” Alexander replied: “I find that incomprehensible. I find it very irresponsible. I find it nutty. I feel sorry for the man. I also feel incredibly angry because he is fucking up the world.”

They come this close to making a serious intellectual mistake in the following passage, but I am assuming what they really mean is not to copy the past directly but to evolve traditional architecture of the past into something in the future that uses continuity to respect the traditions of the past. Here is that passage, in which they seem to suggest that designers of new traditional buildings are not already doing what the two editors want:

Memory and continuity are not mere nostalgia. Of course, tradition has gotten a bad reputation, simply because most “neo-traditional” architecture is so bad and Disneylike. Recreations and pastiches are not the solution, and the mindless conservative love for everything Greek, Roman, and Victorian is a mistake. The point is not to just mindlessly love old things; that gets you McMansions. Rather, instead of recreating the exact look of traditional architecture, one should be trying to recreate the feeling that these old buildings give their viewers. Don’t build a plastic version of Venice. Build a city with canals and footbridges and ornate pastel houses dangling above the water, and give that city its own special identity. McMansions are an attempt to superficially remind people of beautiful things rather than doing the real work it takes to make something beautiful. ​But tradition is crucial, old things were generally better things, and if we abandon them we doom ourselves to creating mindless new shape after mindless new shape.

To the extent that imperfect traditional buildings “remind” people of beauty instead of building real beauty, that’s still better than creating purpose-built ugliness. The perfect should not be the enemy of the good. Many classicists think bad trad is a worse enemy of the classical revival than modern architecture. They are way wrong.

At the end, that thought leads to this one:

But more than just abolishing skyscrapers, we must create a world of everyday wonder, a world in which every last thing is a beautiful thing. If this sounds impossible, it isn’t; for thousands of years, nearly every building humans made was beautiful. It is simply a matter of recovering old habits. We should ask ourselves: why is it that we can’t build another Prague or Florence? Why can’t we build like the ancient mosques in Persia or the temples in India? Well, there’s no reason why we can’t. There’s nothing stopping us except the prison of our ideas and our horrible economic system. We must break out of the prison and destroy the economic system.

Although I have my problems with capitalism as it functions today, I would not go that far. Thankfully, the problem of architecture is considerably less dire than that.

Still, the excellence embodied in their article far outweighs what is suspect. I am not aware of any other such comprehensive and engaging assault against modern architecture in a publication of the left. Congratulations, then, to Brianna Rennix and Nathan Robinson. Please enjoy their inspirational essay.

Here is the final illustration: 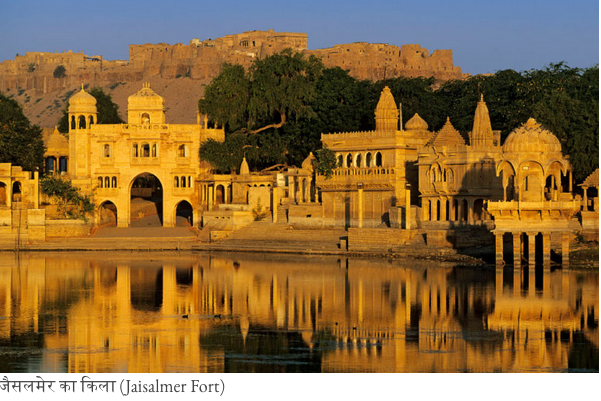 This blog was begun in 2009 as a feature of the Providence Journal, where I was on the editorial board and wrote a weekly column of architecture criticism for three decades. Architecture Here and There fights the style wars for classical architecture and against modern architecture, no holds barred. History Press asked me to write and in August 2017 published my first book, "Lost Providence." I am now writing my second book. My freelance writing on architecture and other topics addresses issues of design and culture locally and globally. I am a member of the board of the New England chapter of the Institute of Classical Architecture & Art, which bestowed an Arthur Ross Award on me in 2002. I work from Providence, R.I., where I live with my wife Victoria, my son Billy and our cat Gato. If you would like to employ my writing and editing to improve your work, please email me at my consultancy, dbrussat@gmail.com, or call 401.351.0457. Testimonial: "Your work is so wonderful - you now enter my mind and write what I would have written." - Nikos Salingaros, mathematician at the University of Texas, architectural theorist and author of many books.
View all posts by David Brussat →
This entry was posted in Architecture and tagged Brianna Rennix, Christopher Alexander, Current Affairs, Nathan Robinson, Peter Eisenman. Bookmark the permalink.

12 Responses to Left vs. modern architecture!