The politics of preservation 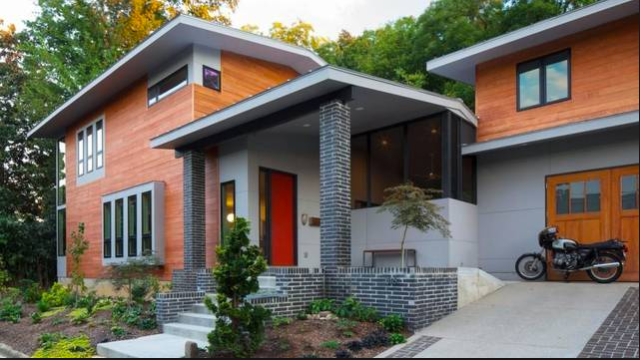 Gail Wiesner is a real-estate agent in Raleigh, N.C., who, a couple years ago, raised concerns about a modernist addition to a neighbor’s house in her Oakwood neighborhood, a designated historic district. A more recent example, now resolved in court, inspired her to send to the TradArch list an email about Raleigh’s preservationist environment.

Proponents of modern architecture, including architecture firms, have gained significant influence in Raleigh’s development world over the last ten years or so, including an increased presence within the historic commission.

Three years ago the historic district commission voted to approve a  major Corten steel addition to a small historic cottage. The architect was on the approval committee. He recused himself, but the committee was peopled with modernists by then.

We preservationists became alarmed. When a second modernist project came up a few months later, we were ready and presented our points as to how the house failed to meet the architectural guidelines. However, the committee approved it. I appealed. I have been in court ever since. The owner/builder, himself a modernist architect, and the city, are my opposition.  Modernist supporters have been very aggressive but factually inaccurate in their efforts to sway public opinion.

We also asked for a review of the guidelines. It almost backfired as the developers packed a public hearing with their employees. Fortunately, we prevailed, as the majority of the citizens at the hearing – not all preservationists – stated that they preferred traditional architecture and preserving older neighborhoods.

Oddly enough, my husband and I both like modernist architecture very much, but this bullying and shaming of others into thinking you are not one of the “cool kids” unless you worship the style is not acceptable.

A couple of years ago, in my post “This old neighborhood,” I discussed the new modernist house Wiesner opposed. Opponents of the house designed and built by the Cherrys had been unfairly attacked by critic Paul Goldberger in an article that had trotted out all of the purposeful misconceptions that modernists rely on in circumstances such as this. Those misconceptions are enforced as status quo by tactics such as the ones Wiesner describes above.

In the Cherry case, the historic district commission approved the proposed house, apparently disregarding its own regulations. Its approval was overturned, and that was appealed. This past February, a Tar Heel appeals judge ruled, appropriately, that the Cherrys should not be punished just because the historic district officials made a mistake.

According to the Charlotte News & Observer in “Oakwood modernist house backed by NC Court of Appeals,” the court ruled against Wiesner because her objection to the Cherry house was “essentially aesthetic.” Well, duh! Yet the news story said the court found nothing amiss in the district commission’s error of judgment. Instead, ruled the judge, “even if [Wiesner] is correct in her assessment of the [Cherry] house’s design, respondent has failed to show that she is an ‘aggrieved party.’”

Something smells fishy in all this. Either the judge or the reporter was confused about the principles involved in the case – or the basis of the ruling is perfectly clear to them, but the Cherrys and the architecture media elite don’t want anyone to know the real reason, in law, why the Cherrys don’t have to tear down their new house. Better for it to be seen as a victory on behalf of the “right” to build a modernist house in a traditional historic neighborhood. That, of course, would eviscerate the legal basis for historic district zoning across the nation, which is exactly what modernists arrayed behind the Cherry’s goofy-looking house intend.

Indeed, many of Wiesner’s observations dovetail with my experiences covering architecture, preservation and development here in Providence. Modernists deploy misleading ideas about freedom and creativity to denigrate people who oppose architecture that erodes the beauty – and hence property values – of historic districts. Families invest their money where they have chosen to live, often for aesthetic reasons, and have a right to fight against threats to its most lovable attributes.

Those families have as much right to try to protect their neighborhood’s character as families with modernist taste have to express their “freedom” by ruining it. And their taste is no more “creative” than the art of the craftsmen who produced the character of the neighborhood in the first place.

Homeowners such as the Cherrys do have a right to try to impose their own aesthetic on those districts, but if the laws and guidelines that create historic districts are to have any meaning, then the boards and commissions that oversee them must pay scrupulous attention to the wording of applicable laws. Often, as described by Wiesner and as evident in the Cherry case, that is not the case. This, too, is politics. Local zoning is where the rubber of our representative democracy meets the road.

What that means is that neighborhoods must fight to protect their values. Alas, depending on our elected representatives to do the right thing, and on members of the establishment design media to report a story objectively, is usually not enough. People like Wiesner and her allies must hold the feet of politicians, the bureaucrats and the media to the fire.

This is precisely what she has done, and in the process she has strengthened the guidelines both legally and politically. For the modernists gnawing away at the rules that protect traditional architecture in a historic district, the Cherry case has turned out to be the definition of a Pyrrhic victory.

As Gail Wiesner’s observations suggest, the preservation movement has been taken over by professionals who sympathize with the anti-preservationist goals of most modernist architects. If the dues-paying members of and donors to preservationist organizations were aware of what many staff think preservation is all about – Providence Preservation Society, call your office! – there would be a massive flight of membership from such societies.

This blog was begun in 2009 as a feature of the Providence Journal, where I was on the editorial board and wrote a weekly column of architecture criticism for three decades. Architecture Here and There fights the style wars for classical architecture and against modern architecture, no holds barred. History Press asked me to write and in August 2017 published my first book, "Lost Providence." I am now writing my second book. My freelance writing on architecture and other topics addresses issues of design and culture locally and globally. I am a member of the board of the New England chapter of the Institute of Classical Architecture & Art, which bestowed an Arthur Ross Award on me in 2002. I work from Providence, R.I., where I live with my wife Victoria, my son Billy and our cat Gato. If you would like to employ my writing and editing to improve your work, please email me at my consultancy, dbrussat@gmail.com, or call 401.351.0457. Testimonial: "Your work is so wonderful - you now enter my mind and write what I would have written." - Nikos Salingaros, mathematician at the University of Texas, architectural theorist and author of many books.
View all posts by David Brussat →
This entry was posted in Architects, Architecture, Architecture Education, Architecture History, Art and design, Development, Preservation, Providence, Rhode Island, Urbanism and planning and tagged Democracy, Gail Wiesner, Historic Districts, Historic Preservation, Oakwood, Paul Goldberger, Politics, Providence Preservation Society, Raleigh NC, Style Wars, TradArch. Bookmark the permalink.