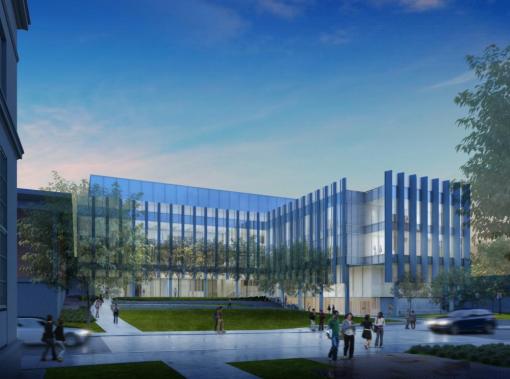 Four excellent old houses disappeared, poof!, from the Brown campus in recent weeks. In “New campus for Brown engineering?” I protested their proposed demise in a column in 2014. Now the design for what is to replace them has been released, a typically tedious assemblage by the Philadelphia firm of Justin Timberlake – oops, I mean KieranTimberlake (don’t forget, no space between the two names).

It is predictably boring but not as bad as it could have been. Brown has bought into modern architecture’s founding mistake, designing a building that is supposed to look like a machine. That was the Zeitgeist a century ago, with architects figuring that because the Machine Age had begun (actually, architecture was behind the curve on this by a couple hundred years or so, thankfully), buildings should be designed to look like machines. There was never any good reason for this. A building that looks like a machine does not, by dint of that, necessarily have the efficiency of a machine, and most do not. Architecture traded real beauty for the mere metaphor of efficiency. What they have now is ugliness, which is why so few people like them.

It is no surprise that Brown University has based so much of its campus architecture on such a fallacy over the past half a century. The profession of architecture as a whole has not had the wit to see the fallacy either. And it is even less of a surprise that engineers, many of whom make a living trying to ensure that architects’ errors do not fall down, would continue to accept the sloppy seconds from the plates of the architects. More fools they.

Just compare the buildings that are going up at Brown (with the exception of its new fitness center, of all places) to the buildings they are taking down to make way for this folly. The four buildings newly eradicated from College Hill, below, are good examples: 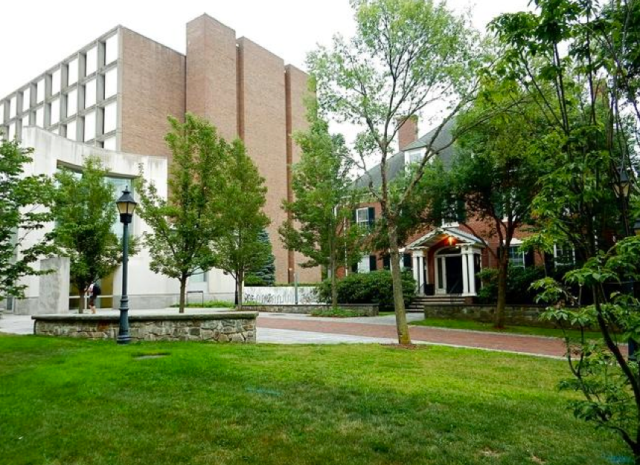 The final shot, with the current engineering campus to the left, features Barus & Holley Hall, which should have been torn down to accommodate the new engineering building. But Brown just spent millions updating that piece of junk. Such are its priorities, sunk in error and fallacy.

[This post goes onto my blog but not out to my blog send list recipients until my email server quits intercepting my bulk posts under the suspicion that they are spam. I am sorry to say that for the time being those who want to read my posts will have to visit my blog, or get them on social media. I will see if I can send to TradArch and Pro-Urb lists without punishment. – David Brussat]

This blog was begun in 2009 as a feature of the Providence Journal, where I was on the editorial board and wrote a weekly column of architecture criticism for three decades. Architecture Here and There fights the style wars for classical architecture and against modern architecture, no holds barred. History Press asked me to write and in August 2017 published my first book, "Lost Providence." I am now writing my second book. My freelance writing on architecture and other topics addresses issues of design and culture locally and globally. I am a member of the board of the New England chapter of the Institute of Classical Architecture & Art, which bestowed an Arthur Ross Award on me in 2002. I work from Providence, R.I., where I live with my wife Victoria, my son Billy and our cat Gato. If you would like to employ my writing and editing to improve your work, please email me at my consultancy, dbrussat@gmail.com, or call 401.351.0457. Testimonial: "Your work is so wonderful - you now enter my mind and write what I would have written." - Nikos Salingaros, mathematician at the University of Texas, architectural theorist and author of many books.
View all posts by David Brussat →
This entry was posted in Architects, Architecture, Architecture Education, Architecture History, Art and design, Development, Preservation, Urbanism and planning and tagged Architectural History, Architectural Theory, Brown Engineering School, Brown University, engineering, Engineers, Justin Timberlake, KeiranTimberlake, Machine Age. Bookmark the permalink.