Holding our breath for Lviv

Lviv’s beautiful architecture is worth defending.

My friend and former colleague on the Providence Journal editorial board, David Mittell, once wrote me a guest post called “Why I love Lviv,” a city he has visited dozens of times and hopes to visit again, even though he is laid up in a sort of convalescent home. “Lviv in Ukraine is the least-known most beautiful city in Europe, maybe in the world.” Looking at some pictures online of Lviv – including the one above – I am sure he is correct.

For now, Russian forces invading Ukraine have not attacked Lviv as they have the capital, Kyiv, and Kharkiv, Ukraine’s second-largest city. Lviv seems to have more lovely buildings than Kyiv and Kharkiv. The capital is a mixture of the old and the new, the latter probably built mostly during the decades of Soviet occupation that ended in 1991. Kharkiv appears – again, from online images – to be predominantly in the blockish, stultifying Soviet style.

At some point and in some degree, those two cities will be rebuilt after the vile Russian attack ends, as may end up the case also with Lviv, whether Vladimir Putin manages to defeat the Ukrainians or not. News reports and commentary offer some hope that Ukraine’s brave military and civilian resistance has slowed the Russian assault and may already have degraded the likelihood of the criminal Putin’s accomplishing his war aims. We are all rooting not for Vlad the Impaler but for brave President Zelensky.

Having never been to Ukraine, or even to my knowledge spoken to a Ukrainian, I nevertheless feel that the idea of independence must be uppermost in the minds of Ukrainians’ resistance, family and friends aside. And yet I also believe that the beauty of Ukraine, and especially of its cities, girds the courage of its soldiers and citizens in the defense of their independence and sovereignty. It is surely easier to rise to the defense of a beautiful homeland. Here are some images grabbed off the internet to show some of the beauty that Ukrainians are defending.

The photos below are of Lviv, and I apologize for not recording the source information. They are mainly from tourist websites. 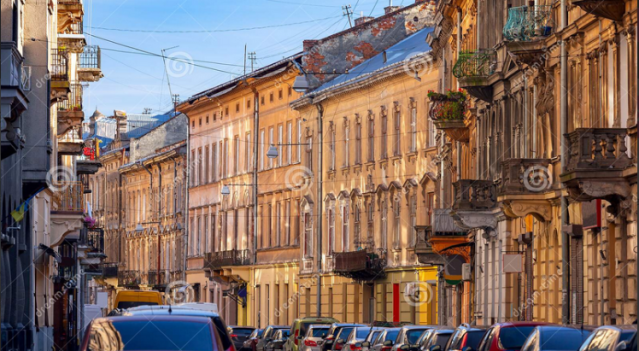 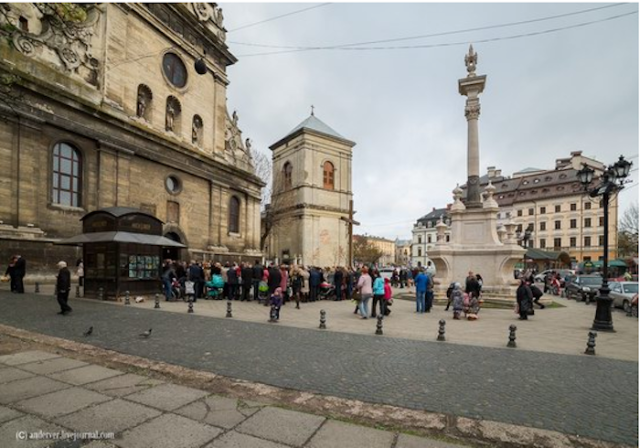 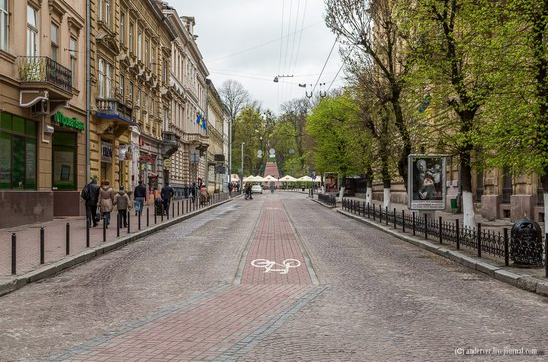 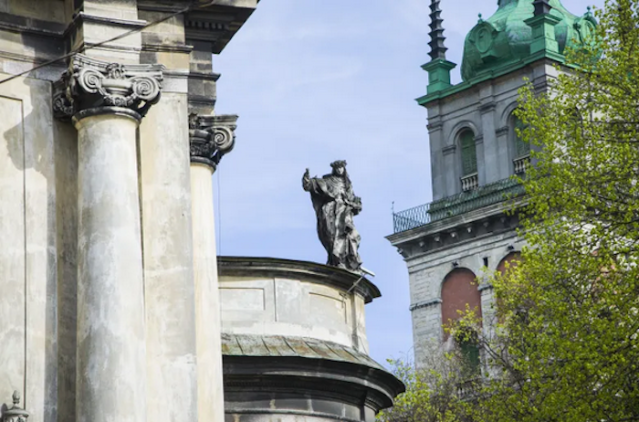 This blog was begun in 2009 as a feature of the Providence Journal, where I was on the editorial board and wrote a weekly column of architecture criticism for three decades. Architecture Here and There fights the style wars for classical architecture and against modern architecture, no holds barred. History Press asked me to write and in August 2017 published my first book, "Lost Providence." I am now writing my second book. My freelance writing on architecture and other topics addresses issues of design and culture locally and globally. I am a member of the board of the New England chapter of the Institute of Classical Architecture & Art, which bestowed an Arthur Ross Award on me in 2002. I work from Providence, R.I., where I live with my wife Victoria, my son Billy and our cat Gato. If you would like to employ my writing and editing to improve your work, please email me at my consultancy, dbrussat@gmail.com, or call 401.351.0457. Testimonial: "Your work is so wonderful - you now enter my mind and write what I would have written." - Nikos Salingaros, mathematician at the University of Texas, architectural theorist and author of many books.
View all posts by David Brussat →
This entry was posted in Architecture and tagged Kharkiv, Kyiv, Lviv, President Velensky, Russian Invasion, Ukraine, Vladimir Putin. Bookmark the permalink.

2 Responses to Holding our breath for Lviv