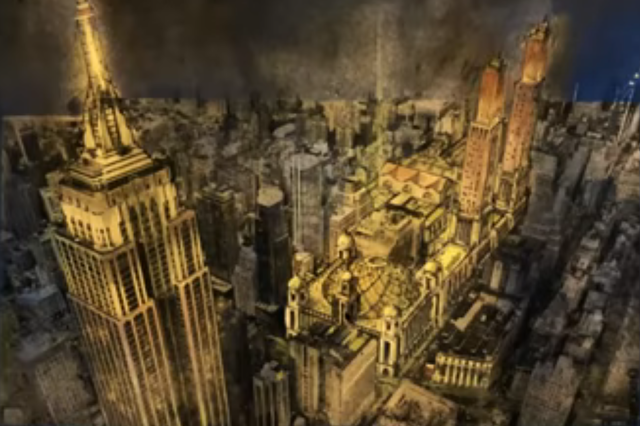 First voiced publicly by architect Richard Cameron, the plan to rebuild New York’s Pennsylvania Station as conceived by the firm of McKim, Mead & White remains in the chaotic mix of plans to renovate the existing station. The beauty and profundity of Cameron’s idea springs from the power of the memories and hopes of every American who ever passed through its classically grandiloquent waiting hall, or who has seen photos or Hollywood films displaying its grandeur, and who yearn to behold it once again.

Penn Station was completed in 1910 as designed by Charles Follen McKim, and demolished in 1963-67 in an act of cultural desecration unequaled before or since in the U.S. Millions of travelers suffer its tawdry, cramped replacement. “One entered the city like a god,” said the historian Vincent Scully, “now one scuttles in like a rat.” The historic preservation movement in America may be traced to the travesty of Penn Station’s demise.

Cameron was recently invited to update his project for guests and members of the New England chapter of the Institute of Classical Architecture & Art. His lecture, entitled “Miracle on 34th St.,” after the old holiday movie, was hosted by chapter president David Andreozzi, delivered on Zoom, recorded, and is now available to be viewed, along with an extensive Q&A at its conclusion. 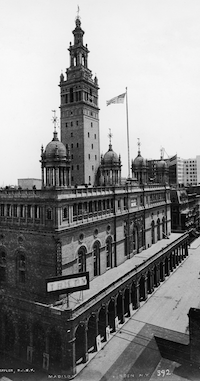 The vision has expanded to deal with the vexing question of what to do with Madison Square Garden arena, which squats atop the station’s ticketing and waiting areas, beneath which are the boarding area, tracks and the infrastructure that remains from the original. Cameron has worked along with ReThinkNYC on a broad, systemic reconception to bring the train lines entering and leaving Penn Station into the 21st century. Part of that would be to relocate Madison Square Garden to one of three sites. The best is half a block from Penn Station. You would exit the station, cross Seventh Avenue, enter Hotel Pennsylvania to reach the Garden, all underground. Beyond the Garden would be Greeley and Herald squares. Today the site is occupied by a host of uninspired commercial buildings. The new Garden, with a retractable domed roof, could be rebuilt in a form inspired by the 1890 design of Stanford White, also of McKim, Mead & White, which was razed in 1926. (White was murdered by a former lover’s husband during a musical event at its roof garden in 1906.)

Imagine a district with the rebuilt Penn Station, the Moynihan Train Hall next door, a new Madison Square Garden (these last three all originally designed by McKim, Mead & White), a Bryant Park-style space across 35th Street from the station, flanked by a new pair of matched classical towers, the Hotel Pennsylvania and the many traditional and classically styled commercial buildings that survive in the immediate area, not to mention the Empire State Building. The scene would be set for a new Manhattan district, harking back to the popular World’s Columbian Exposition of 1893 in Chicago, which drew 26 million visitors in a nation of 63 million (before air travel), and the City Beautiful movement sparked by the classical urbanism of that famous world’s fair. The new district might be christened Empire City or Empire Station – the greatest entertainment and transportation complex in the nation if not the world.

Cameron’s plan, if carried out, would be the project of the century, and could revolutionize American attitudes toward how cities are built for popular appeal. But powerful interests want to goof up the already regrettable train station with modern architecture – some of it so absurd that you can’t tell up from down – and line nearby streets with commercial glass towers that will throw shadows over the station and block views of the Empire State Building down 34th Street. That would transform even more of the city into sterile gulches of the inhumanitarian ugliness that would tilt Manhattan toward a metasticizing Hudson Yards of the future very few people would actually like to see.

It has been estimated that rebuilding Penn Station by itself would cost $3.5 billion, less than the $4 billion PATH station at Ground Zero – the dinosaur skeleton designed by Spanish architect Calatrava – that serves a tiny fraction of the riders that use Penn Station. Part of that money and the money to redevelop the district would be raised by selling the air rights in the vicinity. Property values would soar near Penn Station as if it were a new Central Park of land speculation. Surely the $3 trillion infrastructure bill in Congress would tip its hat to President Biden, a noted lover of trains and mass transit, including Amtrak. For a project that could very well unite a divided country, and reform the linchpin network of rail lines on the Eastern Seaboard from Boston to Washington: perhaps it’s time to set up a meeting with Biden’s transportation secretary, Pete Buttigieg.

First, however, Cameron and his associates need to promote his plan to the hilt, pedal to the metal. He has already put it in front of many New York decision-makers. More of that will be required. Social media must play a role. It has been said that a tweet by someone with millions of followers such as Beyoncé or Oprah can strap booster rockets on any proposal, let alone one so obviously, intrinsically sensible as this. Who’d be best came up in the Q&A after Cameron’s lecture. Or, better yet, try them all. Anybody with one name. Barack, Michelle, maybe even the Donald, with his experience as a developer. To rebuild Penn Station is a global ambition. The sky’s the limit.

Speaking of the sky, did you know that the entire Grand Central Terminal could fit inside the waiting room of McKim’s Penn Station?

That one fact sold me. 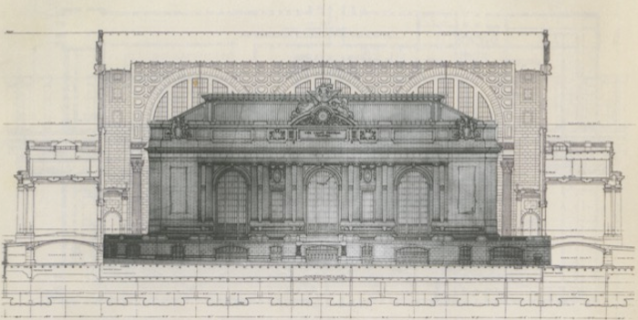 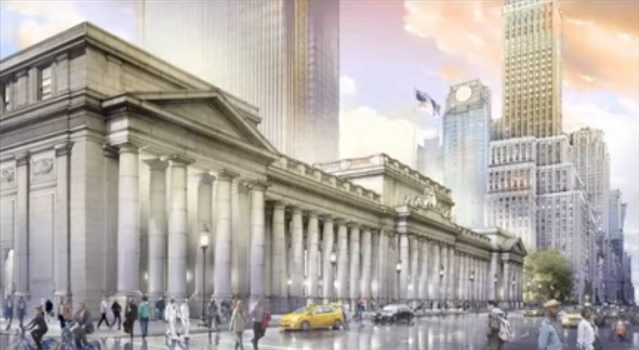 This blog was begun in 2009 as a feature of the Providence Journal, where I was on the editorial board and wrote a weekly column of architecture criticism for three decades. Architecture Here and There fights the style wars for classical architecture and against modern architecture, no holds barred. History Press asked me to write and in August 2017 published my first book, "Lost Providence." I am now writing my second book. My freelance writing on architecture and other topics addresses issues of design and culture locally and globally. I am a member of the board of the New England chapter of the Institute of Classical Architecture & Art, which bestowed an Arthur Ross Award on me in 2002. I work from Providence, R.I., where I live with my wife Victoria, my son Billy and our cat Gato. If you would like to employ my writing and editing to improve your work, please email me at my consultancy, dbrussat@gmail.com, or call 401.351.0457. Testimonial: "Your work is so wonderful - you now enter my mind and write what I would have written." - Nikos Salingaros, mathematician at the University of Texas, architectural theorist and author of many books.
View all posts by David Brussat →
This entry was posted in Architecture, Development and tagged Grand Central Terminal, New York NY, Penn Station, Rebuild Penn Station, ReThinkNYC, Richard Cameron. Bookmark the permalink.