Duo vs. the “style wars” 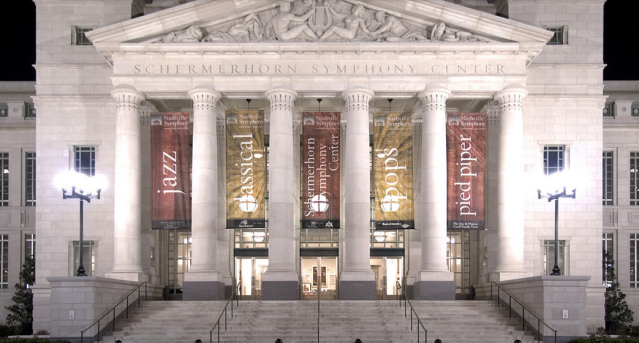 Maybe I am a rascal, or maybe I’m going batty in coronaprison, or maybe I would really just like to foster an amicable agreement, among architects, that an architecture that worked for thousands of years is preferable to – and should replace – an architecture that has not worked at all during its three-quarter century’s dominance in the industry.

So here is another post in which I take on architect Duo Dickinson (see my recent “Dickinson vs. Dickinson“). His architectural work is excellent and it is traditional, but his writing, however intelligent, is a guide to how not to think about architecture. He cannot build new traditional houses and denounce new traditional architecture without inspiring confusion. And that’s exactly what he does. So here, from July 6, 2017, is my take on his take:

Architect and commentator Duo Dickinson spends nine-tenths of his essay “Does the New Traditionalism Have a Point?,” on the website Common|Edge, describing new traditional architecture as if it were a recent novelty, a niche phenomenon worthy of a look but without much practical purpose. What’s the point, he asks, as if he did not already know.

After citing chapter and verse how outbreaks of new traditional architecture have been coming on strong of late, Dickinson concludes:

This revived movement may be compared to a “separate but equal” approach of creating a distinct set of rules and criteria for direction and judgment, but it’s really about architects who feel that they are the oppressed and ignored minority rising up to speak truth to power. Rejectionism of any sort is inherently reactionary and shallow. I long for a time when “Good” and “Bad” is sufficient architectural judgment—no style screed necessary.

As Dickinson admits, modern architecture has big problems. “America has felt the failures of Modernism up close and personal,” he writes. And yet “architectural culture, as defined by the vast majority of professors, journalists and ‘thought leaders,’ has a clear bias against traditional styles.”

Nevertheless, after describing valid reasons for the anger of many new traditionalists and a public (let’s not forget them, Duo) that has seen its built environment trashed by modernism for decades, Dickinson trashes those who call for an alternative.

“Irrational and defensive as it seems, the anger against Modernism is real and often absurdly extreme.” “The noise and rancor of these ‘Style Wars’ is reductionist nonsense.” It is “inherently reactionary and shallow.” It embraces a “separate but equal” approach. And anyway, new traditional buildings such as those in two almost completed Collegiate Gothic-style campuses at Yale by Robert A.M. Stern are “Hogwarts.”

And yet Dickinson is one of the few members of the establishment design culture who bother to acknowledge the existence, if not the validity, of a traditional alternative – one that is in its third millennium, has successfully resisted modernism in the private home market for half a century (as people can choose houses and don’t want modernist ones), and has become a movement not just lately but since the 1960s, when modernist-based criticism of modernism led to the postmodernist movement.

Modernism became a movement over a period of 20 years leading up to its capture of the architectural establishment in the postwar years. Preservation changed from a hobby of antiquarians into a movement just as swiftly and about 20 years later, as average people organized to oppose modernism in their cities and neighborhoods. The classical revival has taken longer to become a mass movement, 50 years and counting, because unlike historical preservation, tradition is actively opposed by the modernist establishment.

But as Dickinson seems to sense, tradition has in fact survived modernist extermination, and is rebounding – now strongly enough that critics like Dickinson cannot ignore it. He realizes that tradition is powerful, and is forced to feign confusion at such an easily understood phenomenon.

Dickinson wonders why can’t we all just get along (“I long for a time when ‘Good’ and ‘Bad’ is sufficient architectural judgment—no style screed necessary”). Just before he attests to his confusion, he quotes architectural theorist Steven Semes, a professor at Notre Dame and director of its new program in preservation, at some length, even though Semes’s words undercut the last remaining modernist excuse – that “we can’t build that way any more.” This mantra has been used time and again to shut down those who can’t see why buildings must look like machines. Why not revive the beautiful, humane places society once enjoyed? He quotes Semes:

The relation between form and technology has been completely reversed since we were in school. With digital representation, 3D printing, and virtual reality capabilities, the idea that ‘the machine’ has any bearing on the shapes and forms that architects design has gone out the window. Anything is possible, so to avoid chaos, one might look to a well-established, visually rich, and culturally resonant tradition as a framework. I see a great opportunity to explore highly innovative new classical expressions making use of all of this technology and encourage my students and colleagues to pursue this.

C’mon, Duo. Come on over to the light side. The view is much clearer over here.

9 Responses to Duo vs. the “style wars”

This blog was begun in 2009 as a feature of the Providence Journal, where I was on the editorial board and wrote a weekly column of architecture criticism for three decades. Architecture Here and There fights the style wars for classical architecture and against modern architecture, no holds barred. History Press asked me to write and in August 2017 published my first book, "Lost Providence." I am now writing my second book. My freelance writing on architecture and other topics addresses issues of design and culture locally and globally. I am a member of the board of the New England chapter of the Institute of Classical Architecture & Art, which bestowed an Arthur Ross Award on me in 2002. I work from Providence, R.I., where I live with my wife Victoria, my son Billy and our cat Gato. If you would like to employ my writing and editing to improve your work, please email me at my consultancy, dbrussat@gmail.com, or call 401.351.0457. Testimonial: "Your work is so wonderful - you now enter my mind and write what I would have written." - Nikos Salingaros, mathematician at the University of Texas, architectural theorist and author of many books.
View all posts by David Brussat →
This entry was posted in Architecture and tagged classical architecture, Common Edge, Duo Dickinson, Modern Architecture, Postmodernism, Robert A.M. Stern, Steven Semes, Style Wars, Yale University. Bookmark the permalink.

9 Responses to Duo vs. the “style wars”