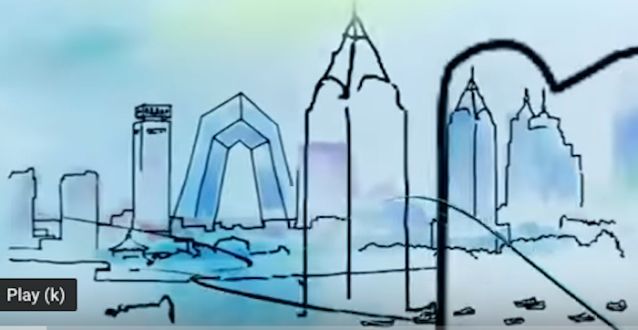 Wuhan, the Chinese city where the Wuhan virus originated, is sometimes called “The Chicago of China” for its size (pop. 11.8 million), its central location, its setting on the Yangtze River and its historic buildings and its modern architecture. Here is a 28-minute video made in 2018 called “Is this the Chicago of China?” The video doesn’t answer that question. Chicago is 250 years old. Wuhan is 2,500 years old. The CGTN video is, at least in part, a product of the Chinese government, and admits it, so this video is certainly not the truth, the whole truth, and nothing but the truth. Yet who would not wonder about this place now so damned in the annals of history? What does it look like? We’ve seen the wet market and the virology lab, but we’ve seen little else. For those who are curious about its classical architecture and traditional places, the first 14 minutes of the video should suffice.

In its second half, we learn about its opera, its nightlife, its Han embroidery and its 1911 Revolution Museum, commemorating Sun Yat-sen’s creation of the Chinese Republic. Little is said of what came after, but note, amid the video’s introductory art, in creeps the vile CCTV tower (China’s propaganda ministry, designed by starchitect Rem Koolhaas). Why is the CCTV tower even there? It is not in Wuhan but in Beijing. It’s the building that seems to be stomping on the poor Chinese people. The pandemic of recent months certainly cannot be blamed on the city or the people of Wuhan, even though it started there. But what about Beijing, five hours by train to the northeast? We won’t get into who can be blamed for this disaster, except to say that the CCTV tower may be responsible for part of that regrettable story.

To answer the question posed by the video’s title, I’d say no, Wuhan is not China’s Chicago, though both have been sullied by modern architecture.

Below, from the video, backdropped by what could be Corbusier’s proposed Plan Voisin for Paris, is some of what remains of Wuhan’s historical cityscape. 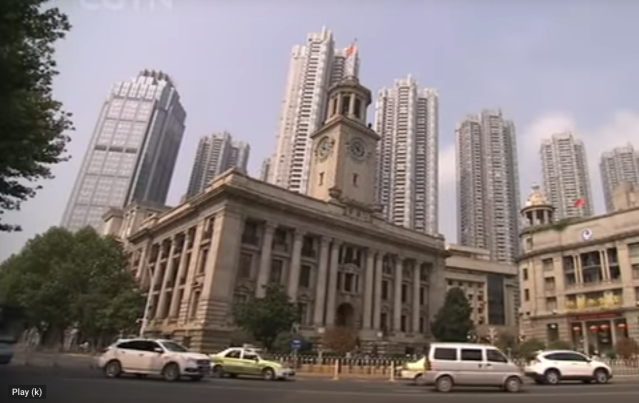 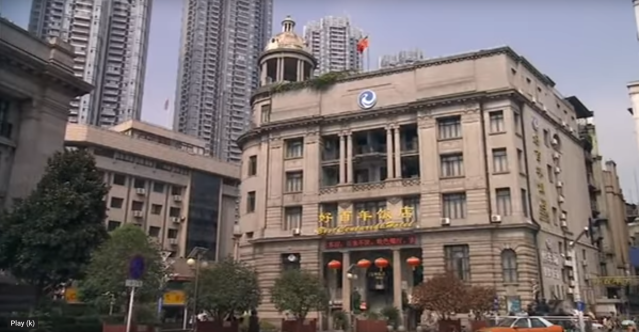 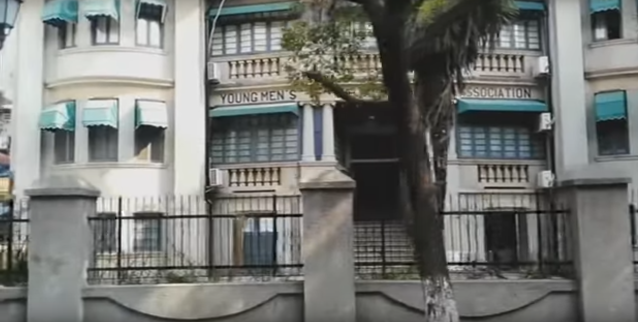 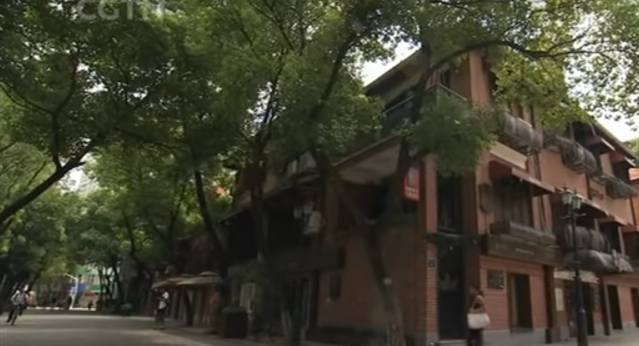 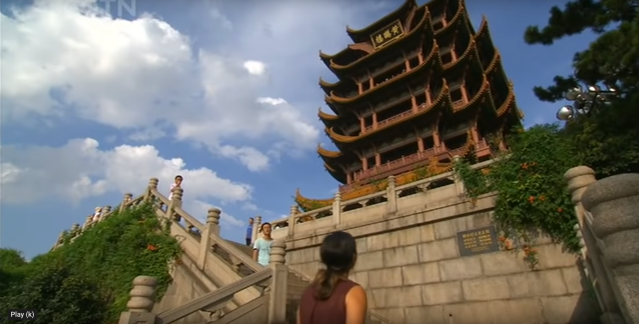 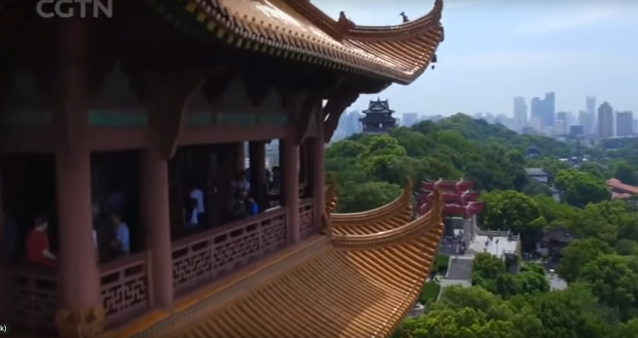 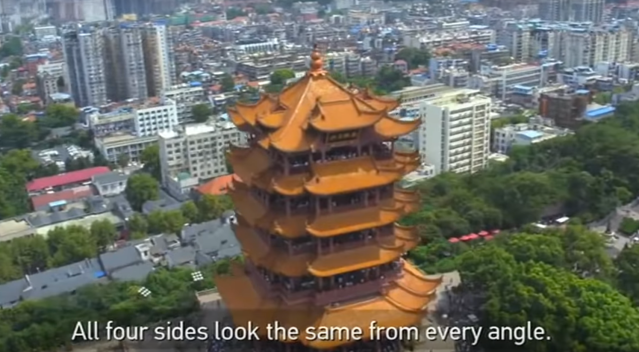 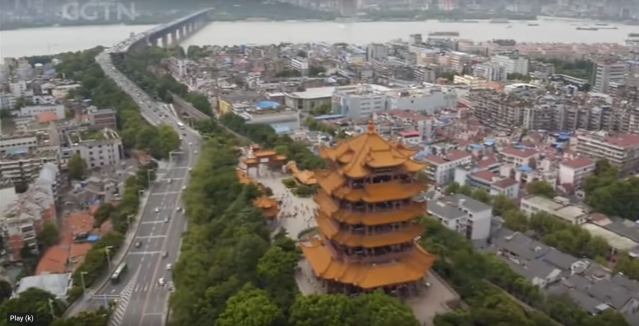 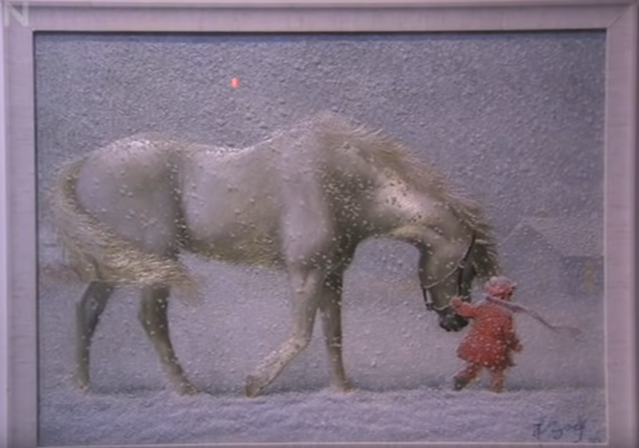 This blog was begun in 2009 as a feature of the Providence Journal, where I was on the editorial board and wrote a weekly column of architecture criticism for three decades. Architecture Here and There fights the style wars for classical architecture and against modern architecture, no holds barred. History Press asked me to write and in August 2017 published my first book, "Lost Providence." I am now writing my second book. My freelance writing on architecture and other topics addresses issues of design and culture locally and globally. I am a member of the board of the New England chapter of the Institute of Classical Architecture & Art, which bestowed an Arthur Ross Award on me in 2002. I work from Providence, R.I., where I live with my wife Victoria, my son Billy and our cat Gato. If you would like to employ my writing and editing to improve your work, please email me at my consultancy, dbrussat@gmail.com, or call 401.351.0457. Testimonial: "Your work is so wonderful - you now enter my mind and write what I would have written." - Nikos Salingaros, mathematician at the University of Texas, architectural theorist and author of many books.
View all posts by David Brussat →
This entry was posted in Architecture and tagged CCTV, CGTN, Chicago, China, Corbusier, Coronavirus, COVID-19, Paris, Plan Voisin, Rem Koolhaas, Wuhan. Bookmark the permalink.

7 Responses to Is Wuhan China’s Chicago?

Leave a Reply to John the First Cancel reply