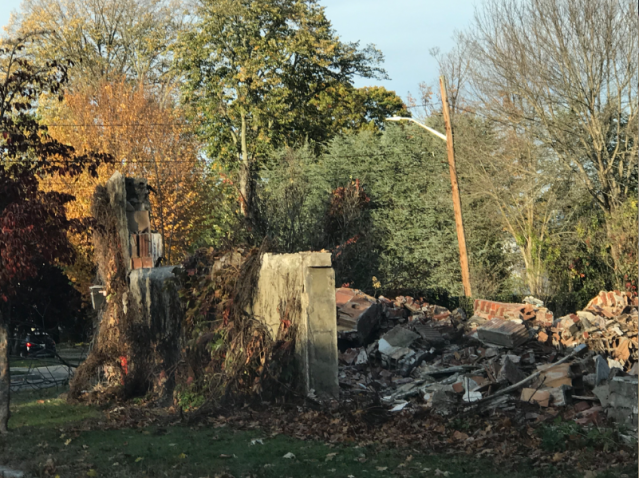 Debris from demolition of the caretaker’s cottage at 315 Slater Ave. (Photo by author)

This photograph should shock you.

Shot this afternoon, it is what remains of the caretaker’s cottage (or carriage house) at the old Beresford-Nicholson estate on Blackstone Boulevard, in Providence. The address is 315 Slater Ave. It used to front on Slater, which curves round the rear of the grounds along a stone wall encased in ancient vines. Above the wall rises the cottage, which might have been the most romantic building in Providence – until last week, when it was razed.

Here is what the 1986 survey of Providence by the Rhode Island Historical Preservation & Heritage Commission says of the cottage:

The Beresford-Nicholson mansion was saved, and that was cheered as if Blackstone were somehow short of fancy mansions. Don’t get me wrong, I applaud the purchase, without which the mansion would be history, too. Does the new owner recognize what is likely to go up cheek by jowl on the six or eight residential parcels carved from the subdivision of the estate? In 1999, I moved from Benefit Street into the newly renovated Smith Building downtown across from the rollicking Met Café next to Lupo’s Heartbreak Hotel in the newly renovated Peerless Building. I’d heard at the time that applicants to rent a unit in the Smith were told that the Met was a coffee shop. Huh? What did the real-estate agent tell the prospective owners of the Beresford-Nicholson mansion was going to happen in their back yard?

Go look at what’s become of the Bodell estate nearby, which was subdivided recently into five plasticky spec “homes” while retaining its mansion. Even the last-to-be-built modernist house – seemingly designed to make those who bought their houses early feel like idiots – has now been completed, along with its inevitable undertow on neighborhood house values. Nicholson-Beresford’s new owner, behold your fate!

The fate of the caretaker’s cottage suggests the fate of Providence under the development policies that have hobbled the city for decades: Ignore the municipal zoning that protects the historic character of neighborhoods. Encourage developers to build whatever is most likely to mar the beauty of Providence. Erode the city’s most powerful but (alas!) delicate competitive advantage in its contest with other American cities. Undertake any proposal, so long as it is likely to undermine the city’s brand of historic beauty, even though steps to strengthen that brand would be cheap, popular with the public, and easy to implement.

Then watch the city go downhill, as it has for decades. We got a brief reprieve in the 1990s when the Providence River was uncovered and lined with lovely bridges, parks and walking paths that fit into our historic character. Our civic leaders predictably learned absolutely nothing from that, and today we are back on the downhill slide. Before long, Providence will reach a tipping point of no return, and will become just another typical themeless pudding of a midsized city. We are almost there now.

This is what the demise of the caretaker’s cottage means. 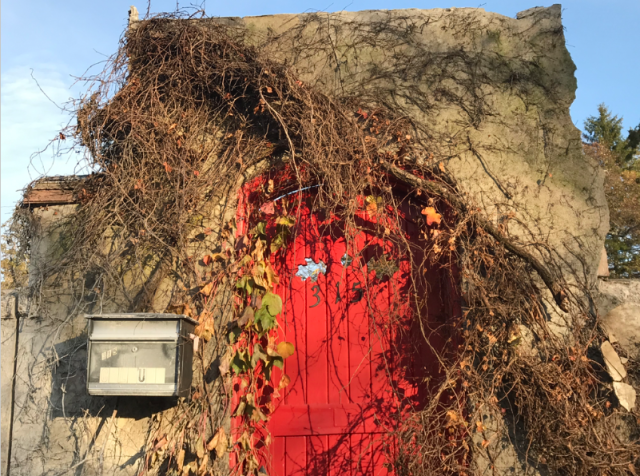 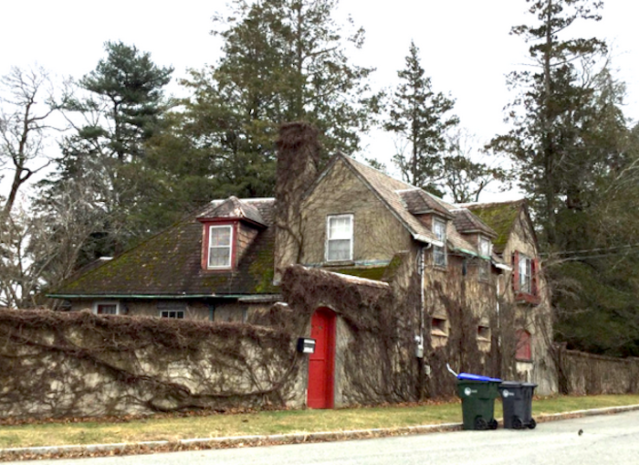 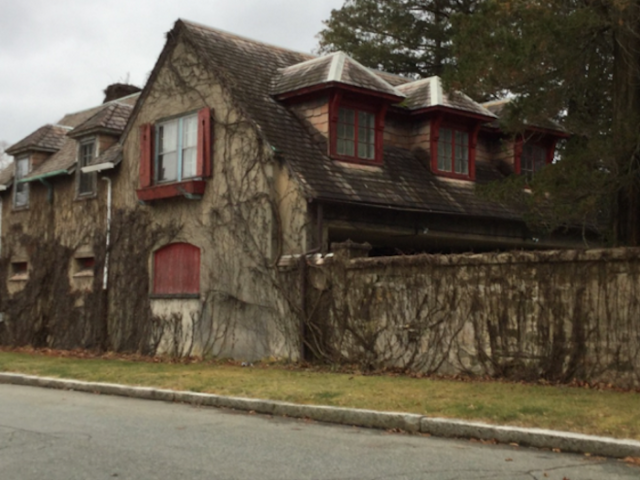 This blog was begun in 2009 as a feature of the Providence Journal, where I was on the editorial board and wrote a weekly column of architecture criticism for three decades. Architecture Here and There fights the style wars for classical architecture and against modern architecture, no holds barred. History Press asked me to write and in August 2017 published my first book, "Lost Providence." I am now writing my second book. My freelance writing on architecture and other topics addresses issues of design and culture locally and globally. I am a member of the board of the New England chapter of the Institute of Classical Architecture & Art, which bestowed an Arthur Ross Award on me in 2002. I work from Providence, R.I., where I live with my wife Victoria, my son Billy and our cat Gato. If you would like to employ my writing and editing to improve your work, please email me at my consultancy, dbrussat@gmail.com, or call 401.351.0457. Testimonial: "Your work is so wonderful - you now enter my mind and write what I would have written." - Nikos Salingaros, mathematician at the University of Texas, architectural theorist and author of many books.
View all posts by David Brussat →
This entry was posted in Architecture, Development and tagged Beresford-Nicholson, Bodell Estate, City Planning, Development, Preservation, Providence RI, Subdivision, Zoning. Bookmark the permalink.

4 Responses to Caretaker’s cottage is history