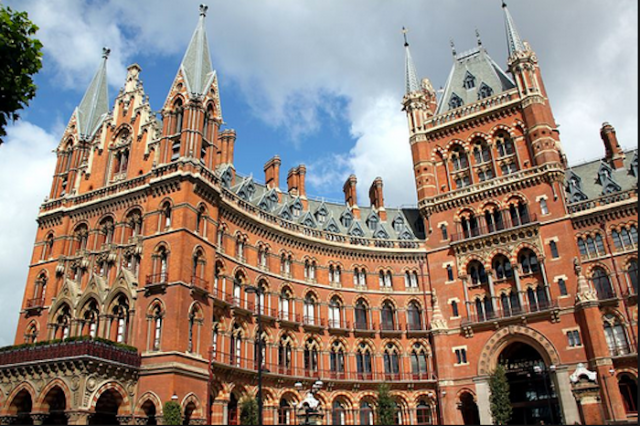 As I mentioned in “Sir Roger’s hunt for beauty,” Roger Scruton has been appointed chairman of a commission to promote beauty in British housing policy. Naturally, all those who are opposed to beauty in architecture are on the warpath against him. I here link to what may be his first lecture since his appointment, at the Policy Exchange on Nov. 18, dedicated to the memory of Colin Amery, an ally in the fight to return beauty to the built environment. Scruton has assured the public (or, more specifically, the modernist design elites) that his role as commission chairman is not to impose classical style on British housing policy, but to invite traditionalists to join in a conversation from which they have long been excluded. Nevertheless, this lecture is sure to whip up even more hysteria among his opponents – merely because it has so much good sense. Here is a quote from “The Fabric of the City.”

As Colin constantly reminded us, the city is an evolving fabric, in which old and new come together, the old disciplining the new, and at the same time adapting to it. Something in this process of evolution must remain the same: the city itself, conceived as a settlement. Conservation should occur not in order to pickle the city in aspic, but so as to retain its identity as a living community and an object of steadfast affection. Burke argued that in politics we must reform in order to conserve; the lesson of architectural aesthetics is that we must conserve in order to reform.

This fine passage challenges one of the stalest of lies often told by modernists to sway the public against new traditional architecture. It is often said that to build new buildings inspired by old building styles will turn old cities into museums. Leave aside the injustice to museums, which constantly evolve. The idea that contemporary classicism risks turning cities into places solely for rich tourists rather than living, working populations, is a fallacy dear only to the modernist curators of architectural history.

It is those curators, led by the late Nikolaus Pevsner, who have sought to imprison styles of architecture in “periods” so as to argue that a historical style is inappropriate for today. It is the rare architectural historian who sees that architecture underwent constant flux until modernism fallaciously called a halt to that history by banning the toolbox used for centuries to produce beauty. We are left with an architectural language of, in the words of James Stevens Curl, “monosyllabic grunts.” Roger Scruton understands that, and hopes to unchain the queen of arts from its modernist cage. Let a thousand styles bloom! Perhaps that will be his motto: he knows that beauty is sure to win. This is why Sir Roger will be the perfect chairman of the new Build Better, Build Beautiful Commission.

This blog was begun in 2009 as a feature of the Providence Journal, where I was on the editorial board and wrote a weekly column of architecture criticism for three decades. Architecture Here and There fights the style wars for classical architecture and against modern architecture, no holds barred. History Press asked me to write and in August 2017 published my first book, "Lost Providence." I am now writing my second book. My freelance writing on architecture and other topics addresses issues of design and culture locally and globally. I am a member of the board of the New England chapter of the Institute of Classical Architecture & Art, which bestowed an Arthur Ross Award on me in 2002. I work from Providence, R.I., where I live with my wife Victoria, my son Billy and our cat Gato. If you would like to employ my writing and editing to improve your work, please email me at my consultancy, dbrussat@gmail.com, or call 401.351.0457. Testimonial: "Your work is so wonderful - you now enter my mind and write what I would have written." - Nikos Salingaros, mathematician at the University of Texas, architectural theorist and author of many books.
View all posts by David Brussat →
This entry was posted in Architecture and tagged Build Better Build Beautiful Commission, Colin Amery, Great Britain, London, Nikolaus Pevsner, Policy Exchange, Roger Scruton, St. Pancras Station. Bookmark the permalink.