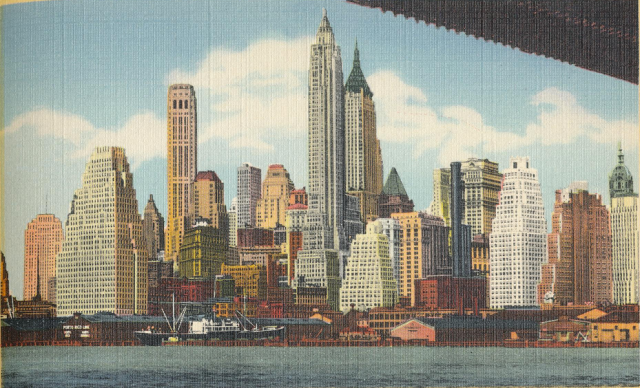 It’s unlikely that Robert Adam will soon match the iconic status of Robert Adam. Two centuries separate the two classical architects. But eventually, maybe he will. With the extant Adam’s winning the Driehaus Prize yesterday, he extends his climb to the summit of the pantheon of architects, including Vitruvius, Palladio, Bulfinch, McKim and the other Adam (1728-1792), who understand that beauty is a vital factor in building design. 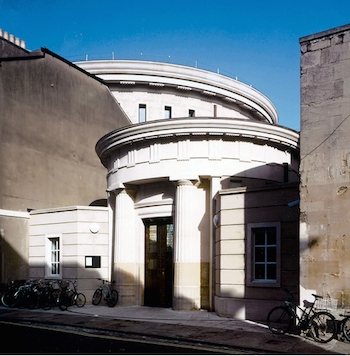 The prize earns its recipient a bronze model of the Choragic Monument of Lysicrates, in Athens, and $200,000, twice the amount of the Pritzker Prize, which only goes to modernist architects. The juried competition is named for its patron, Chicago philanthropist Richard H. Driehaus, and is administered yearly by the School of Architecture at the University of Notre Dame.

“Throughout his career, Robert Adam has engaged the critical issues of our time, challenging contemporary attitudes toward architecture and urban design. He has written extensively on the tensions between globalism and regionalism as we shape our built environment,” said Michael Lykoudis, Driehaus Prize jury chair and Francis and Kathleen Rooney Dean of Notre Dame’s School of Architecture. “Sustainability is at the foundation of his work, achieved through urbanism and architecture that is respectful of local climate, culture and building customs.”

As this suggests, Adam’s “brief” as an architect and theorist extends beyond the design of buildings to the design of urban cultures dedicated to surviving the challenges of modernity (including modern architecture). The uniquely American contribution to the history of architecture includes skyscrapers, which many feel have become a very big part of that challenge. I recently commented on the latest lamentation by Léon Krier (who was on this year’s Driehaus jury) on skyscrapers in a post “Krier on cities’ skyscraperitis,” and I have little doubt that Adam’s views on the subject have evolved toward Krier’s (or vice versa). But in 2002 Adam favored City Journal (the quarterly of the Manhattan Institute) with “How to Build Skyscrapers.” He wrote:

In less than 50 years, America learned how to extend the classical and Beaux Arts traditions to buildings of great height – buildings the Imperial Romans, Venetians, and Britons would have built, if only they could.

Where has it all gone? In the last 50 years it is as if this monu- mental achievement had never taken place. The Beaux Arts and classical traditions behind the Flatiron Building and the Tribune Tower, already reeling from the Depression and World War II, were knocked out cold by Modernism – a new revolutionary and authoritarian fashion from Europe. When a few new traditionalist architects began to stir in the 1970s, they reawakened with a strange amnesia. The prevailing architectural establishment told them that skyscrapers and the new technology that went into building them was the exclusive property of Modernism – and most new traditionalists fell for this lie hook, line, and sinker. They surrendered skyscrapers (and glass and steel and much else besides) completely.

This head-in-the-sand attitude is not a harmless peculiarity – it is catastrophic for architecture and for urbanism. … Unless traditional architects offer an alternative, society is left at the mercy of Modernist banality, whose tendency is to turn all cities into Houston – soulless, placeless, disposable.

[If modernist Le Corbusier] liked the engineering that went into the invention of the skyscraper, he issued a grim warning against the style its inventors developed: “Let us beware of the American architect.” And so he and his fellow revolutionaries set in motion the collective professional rejection of America’s great contribution to the classical tradition. In no time, they reduced the skyscraper to a dumb box. …

So complete was Modernism’s purge of education that Philip Johnson’s cartoon versions of traditional skyscrapers could be mistaken for a revival of culture, far removed though they are from Stanford White’s or Cass Gilbert’s educated, cosmopolitan, and sometimes daringly inventive variations upon classical themes.

I cannot stop quoting from Robert Adam’s long essay. It has everything – except for thoughts on sustainability, which have become mandatory in the decade and a half since the essay’s publication. The 18th century Robert Adam probably could not quite have matched the later Adam’s erudition – certainly not on skyscrapers, which did not exist. I am glad our era’s Robert Adam has won the Driehaus Prize for his life’s work, which he deserves to the bottom of the deep bowl of desserts in the realm of architecture. But for his essay on skyscrapers alone, he deserves a Nobel.

(In 2015, Robert Adam’s firm submitted a proposal for an apartment tower block called Swan Heights in the British town of Reading that bears a close resemblance (with a similar base, albeit at half the height and in a different style) to the trio of towers proposed by the Fane Organization in Providence. For reasons similar to those given by opponents of the Fane project at a public hearing on Wednesday, the Swan Heights project was rejected.) 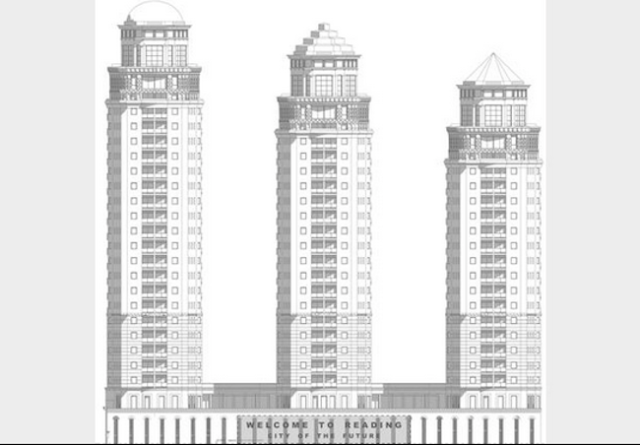 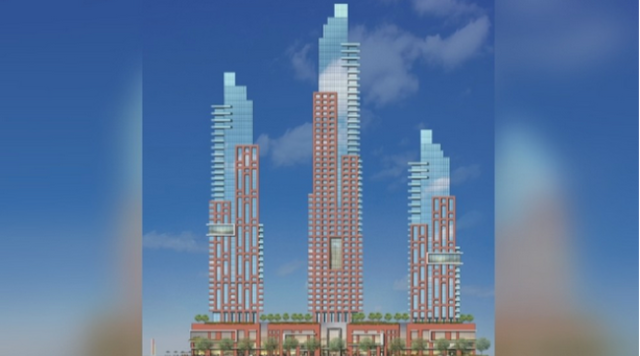 This blog was begun in 2009 as a feature of the Providence Journal, where I was on the editorial board and wrote a weekly column of architecture criticism for three decades. Architecture Here and There fights the style wars for classical architecture and against modern architecture, no holds barred. History Press asked me to write and in August 2017 published my first book, "Lost Providence." I am now writing my second book. My freelance writing on architecture and other topics addresses issues of design and culture locally and globally. I am a member of the board of the New England chapter of the Institute of Classical Architecture & Art, which bestowed an Arthur Ross Award on me in 2002. I work from Providence, R.I., where I live with my wife Victoria, my son Billy and our cat Gato. If you would like to employ my writing and editing to improve your work, please email me at my consultancy, dbrussat@gmail.com, or call 401.351.0457. Testimonial: "Your work is so wonderful - you now enter my mind and write what I would have written." - Nikos Salingaros, mathematician at the University of Texas, architectural theorist and author of many books.
View all posts by David Brussat →
This entry was posted in Architecture and tagged Driehaus Prize, Hope Point Towers, Leon Krier, Notre Dame, Pritzker Prize, Providence, Richard Driehaus, Robert Adam, University of Notre Dame School of Architecture. Bookmark the permalink.