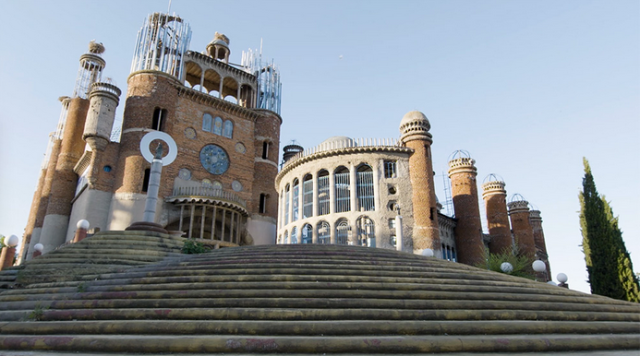 Watch this brief video about a man in his 90s who has spent 53 years building a cathedral near Madrid by hand – solely his own. Not sure what I think of the cathedral’s design. There seem clear references, at least in his roughly traditional sensibility, to Gaudi. Perhaps Justo Gallego’s technique reveals his lack of an architectural education – but that’s a good thing. Nor does he have any formal training in construction. No education could have taught him how to build anything by himself – only why not to. Although he has not completed his cathedral, it is already amazing. Does he plan to fill in the dome and towers as he has filled in the walls and windows with such charm? His ambition runs on faith, but I wonder whether the church has a congregation. Is it built on his own land? How has he financed it? The video doesn’t go into such details. Such whimsicality is its own reward, at least for those who see it. I trust that Justo Gallego’s reward springs from his faith, and his faith is anchored in firmer rock than whimsy.

Hats off to Gary Brewer for sending the article, from a website called Colossal, and its video to TradArch. 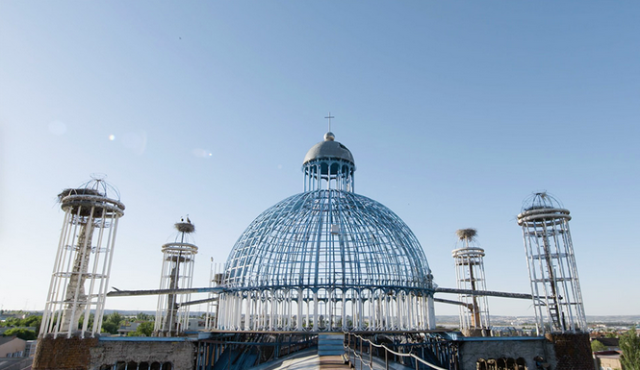 This blog was begun in 2009 as a feature of the Providence Journal, where I was on the editorial board and wrote a weekly column of architecture criticism for three decades. Architecture Here and There fights the style wars for classical architecture and against modern architecture, no holds barred. History Press asked me to write and in August 2017 published my first book, "Lost Providence." I am now writing my second book. My freelance writing on architecture and other topics addresses issues of design and culture locally and globally. I am a member of the board of the New England chapter of the Institute of Classical Architecture & Art, which bestowed an Arthur Ross Award on me in 2002. I work from Providence, R.I., where I live with my wife Victoria, my son Billy and our cat Gato. If you would like to employ my writing and editing to improve your work, please email me at my consultancy, dbrussat@gmail.com, or call 401.351.0457. Testimonial: "Your work is so wonderful - you now enter my mind and write what I would have written." - Nikos Salingaros, mathematician at the University of Texas, architectural theorist and author of many books.
View all posts by David Brussat →
This entry was posted in Architecture, Video and tagged Cathedral, Colossal, Faith, Gary Brewer, Gaudi, Justo Gallego, Madrid. Bookmark the permalink.