Library of place in Newport

Ronald Lee Fleming, an internationally recognized expert on placemaking, has a modest cottage on Bellevue Avenue that masks a series of interlocking gardens – each focusing on a “folly” or architectural toy, of no real utilitarian use but to set off the beauty of his grounds. I visited last year for a meeting of the Royal Society of the Arts, before Fleming had advanced far on his latest venture, a personal library of “place.” This year, the outside of the building – not large, and not a folly, really, as it boasts function – was almost complete.

Fleming has been working with Providence architect J.P. Couture (now president of the Providence Preservation Society) on its design and construction. The library and a partly done arcade reaching toward an existing greenhouse (not really a folly either) sit at one end of a long rectangular granite pool that runs by a cabana and concludes at a genuine folly – a domed octagonal temple.

Inside the library all is ahoo. But you can see how Fleming’s personal collection of perhaps 7,000 volumes about individual cities and towns – the kind of books, he says with a sort of self-deprecatory shrug, that nobody really wants to read, since either they already live there and know the place or they don’t live there and don’t care. I would beg to disagree. All places have visitors who want to learn of a place before they get there, or want to have a memento once they have left. Also, residents are often interested in what an observer has to say about where they live. And then there are those who might be interested in what the particular city or town contributes to the lore of cities and towns in general.

Fleming will have a little apartment upstairs, looking forward to the day when his children and their children take over the main house. A retreat. Makes sense – even without anticipating eviction by his descendants. Not that there aren’t other facilities on the grounds that might also serve!

Here is my post on last year’s visit to the grounds of Bellevue House. 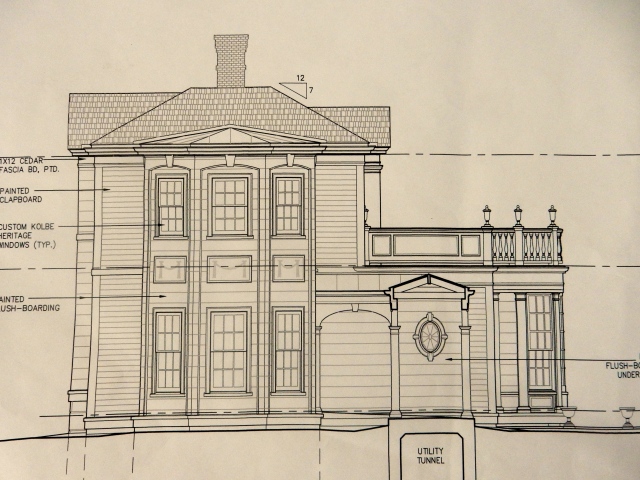 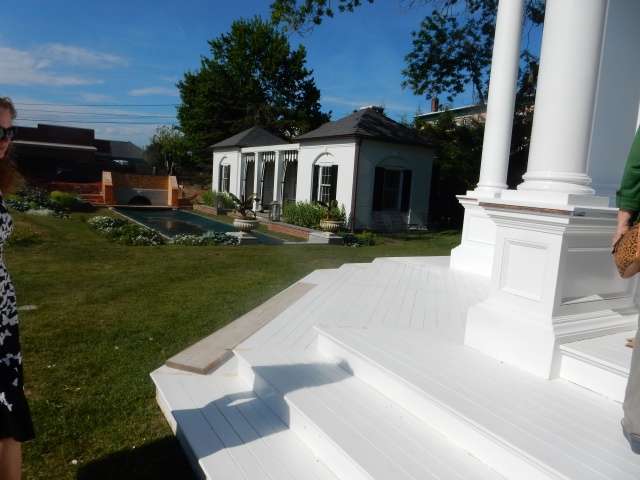 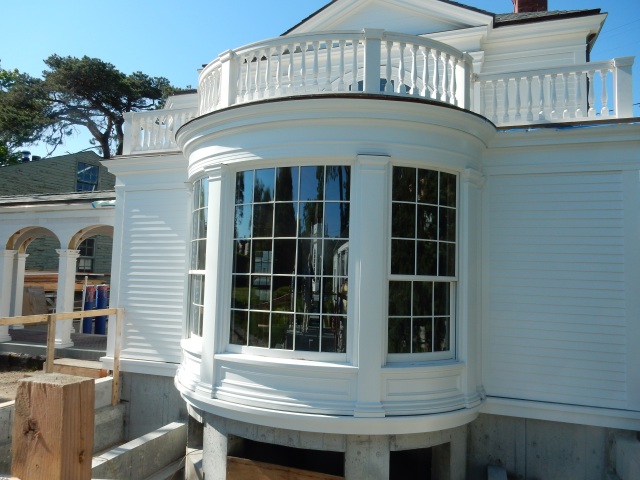 This blog was begun in 2009 as a feature of the Providence Journal, where I was on the editorial board and wrote a weekly column of architecture criticism for three decades. Architecture Here and There fights the style wars for classical architecture and against modern architecture, no holds barred. History Press asked me to write and in August 2017 published my first book, "Lost Providence." I am now writing my second book. My freelance writing on architecture and other topics addresses issues of design and culture locally and globally. I am a member of the board of the New England chapter of the Institute of Classical Architecture & Art, which bestowed an Arthur Ross Award on me in 2002. I work from Providence, R.I., where I live with my wife Victoria, my son Billy and our cat Gato. If you would like to employ my writing and editing to improve your work, please email me at my consultancy, dbrussat@gmail.com, or call 401.351.0457. Testimonial: "Your work is so wonderful - you now enter my mind and write what I would have written." - Nikos Salingaros, mathematician at the University of Texas, architectural theorist and author of many books.
View all posts by David Brussat →
This entry was posted in Architecture and tagged Bellevue Avenue, Bellevue House, J.P. Couture, Libraries, Newport RI, Placemaking, Ronald Lee Fleming, Royal Society of the Arts, Townscape Institute. Bookmark the permalink.

1 Response to Library of place in Newport