Shots of the Bulfinch gala! 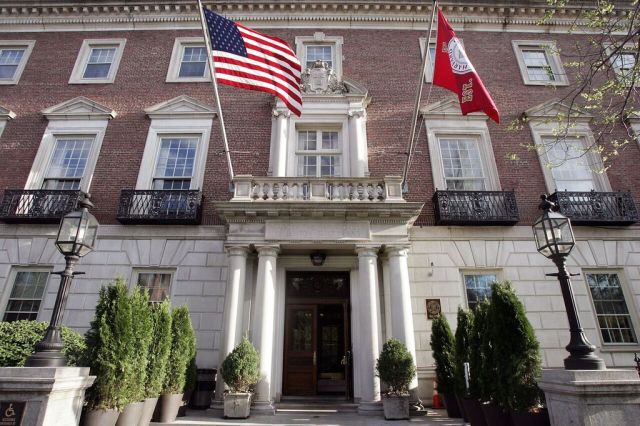 The Harvard Club. (Photos above and below by Tara Carvalho of South Shore Photography)

Here is a healthy selection of photos from the New England chapter of the Institute of Classical Architecture & Art‘s recent Bulfinch Awards gala at the Harvard Club on Commonwealth Avenue in Boston. The event was a rousing success because it was all about beauty – not just that of the guests and the sponsors but of the Bulfinch laureates and their work.

Read my survey of the gala weekend in the post “ICAA New England’s gala.”

Meanwhile, starting with the Harvard Club atop this post, here are some photographs of the event. All but one were taken with a loving feel for the lens by Tara Carvalho of South Shore Photography.

The gala began with cocktails, lubricating talk of classical architecture. 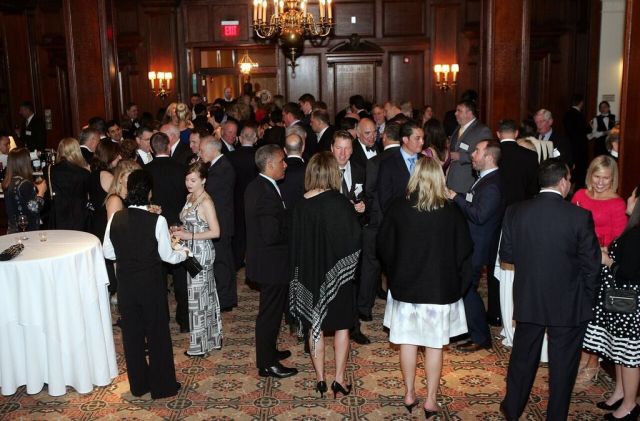 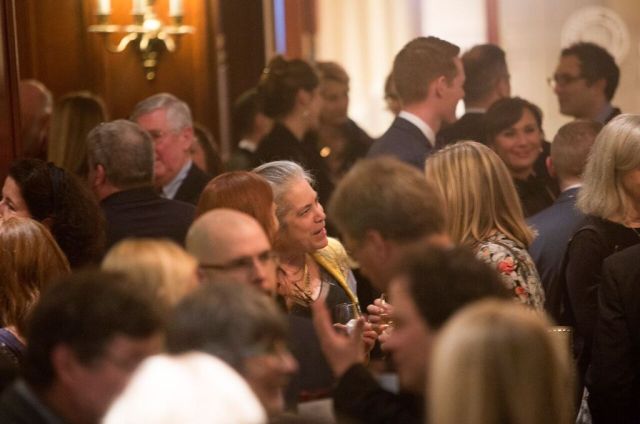 Then all were ushered into Harvard Hall for the inaugural gala dinner. 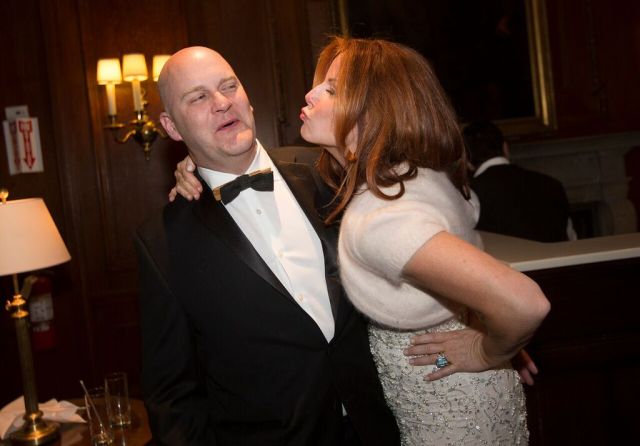 Before things got out of hand, Chapter President Kostelecky and Vice President Andreozzi (at lectern) were forced to start handing things out.

Hush and suspense … And the envelope, please. 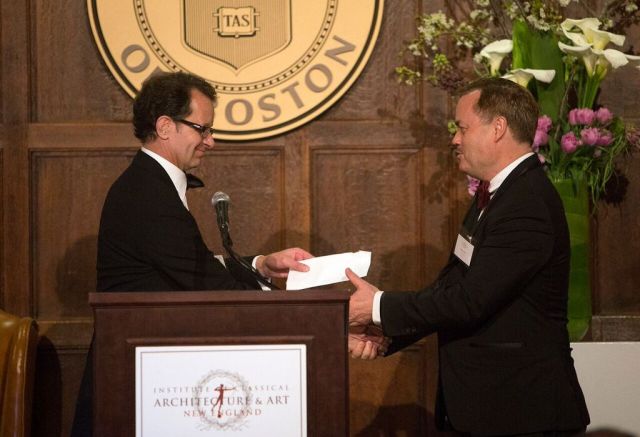 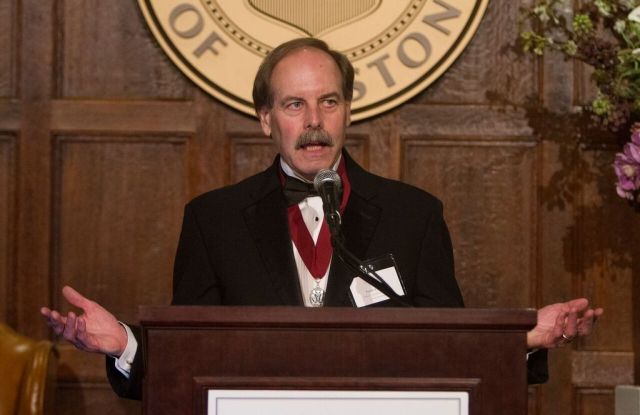 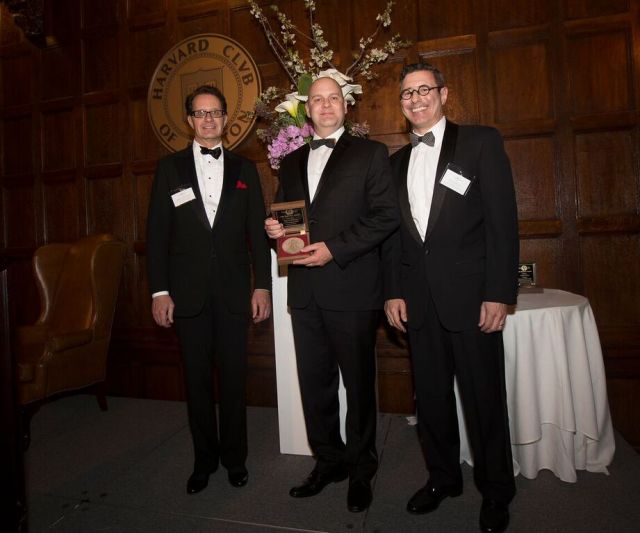 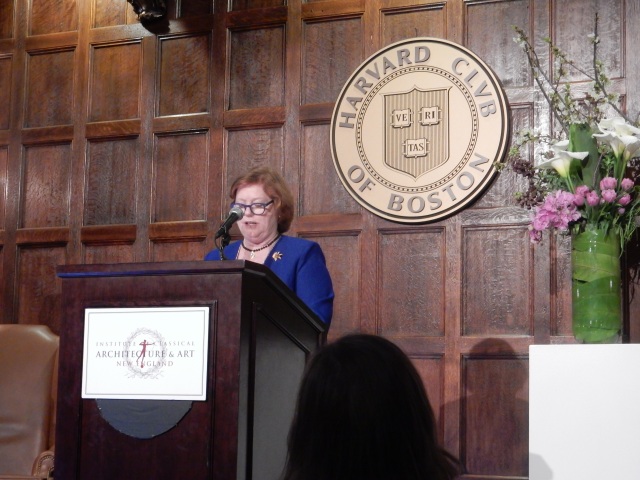 Chapter board member Sally Wilson accepted a Bulfinch for Sketch on behalf of Leslie-jon Vickory of Hamadi Architects. (Photo by David Brussat)

With Sheldon looking on, David describes the first Bulfinch Award for Patronage. 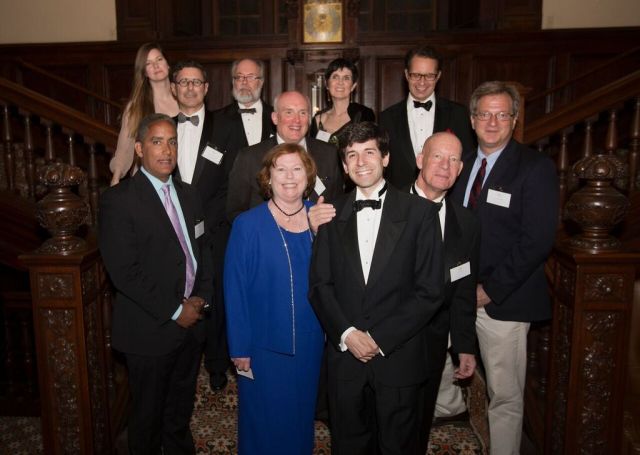 The program for the Sixth Annual Bulfinch Awards Ceremony and Gala.

Departure was difficult, and made more so by the “swag bags” to be carried off by each guest.

This blog was begun in 2009 as a feature of the Providence Journal, where I was on the editorial board and wrote a weekly column of architecture criticism for three decades. Architecture Here and There fights the style wars for classical architecture and against modern architecture, no holds barred. History Press asked me to write and in August 2017 published my first book, "Lost Providence." I am now writing my second book. My freelance writing on architecture and other topics addresses issues of design and culture locally and globally. I am a member of the board of the New England chapter of the Institute of Classical Architecture & Art, which bestowed an Arthur Ross Award on me in 2002. I work from Providence, R.I., where I live with my wife Victoria, my son Billy and our cat Gato. If you would like to employ my writing and editing to improve your work, please email me at my consultancy, dbrussat@gmail.com, or call 401.351.0457. Testimonial: "Your work is so wonderful - you now enter my mind and write what I would have written." - Nikos Salingaros, mathematician at the University of Texas, architectural theorist and author of many books.
View all posts by David Brussat →
This entry was posted in Architects, Architecture, Architecture Education, Architecture History, Art and design, Development, Interior Design, Landscape Architecture, Photography, Preservation and tagged 2016 Bulfinch Awards, Brown University, David Andreozzi, David Nassim, Gary Brewer, Gregory Lombardi, Harvard Club of Boston, Hyde Park Mouldings, Jonathan Nelson, Oscar Shamamian, Patrick Ahearn, Peter Lyden, RAMSA, Sheldon Kostelecky, South Shore Photography, Tara Carvalho. Bookmark the permalink.