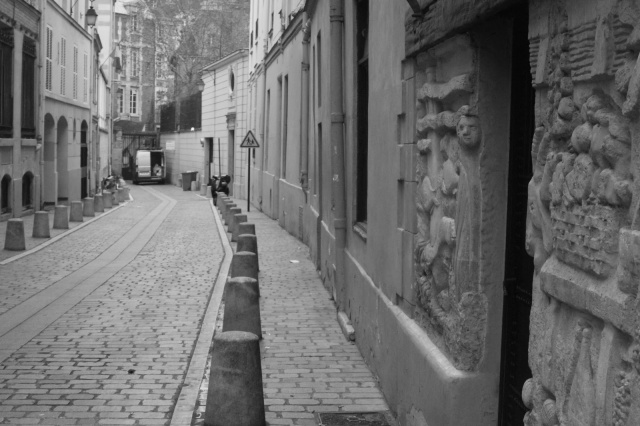 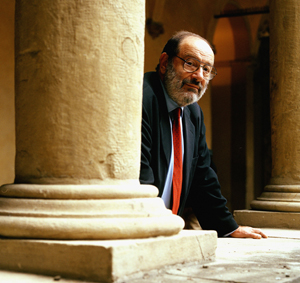 In the late 1800s, long after Baron Haussmann supposedly transformed the Paris of rabbit warrens into a Paris of bowling alleys for cannoneers, the protagonist (if you can call him that) of Umberto Eco’s novel The Prague Cemetery (2010) – which looks at Europe’s conspiracies through the eyes of a confirmed racist, anti-Semite, forger and spy, Simone Simonini – discovers plenty of narrow disgusting alleyways remaining in Paris.

Although I am a fan of the Eiffel Tower, I was nevertheless charmed when Simonini said: “All in all, Paris isn’t what it used to be, ever since that pencil sharpener, the Eiffel Tower, has been sticking up in the distance, visible from every angle.”

Here Simonini (through Eco’s fictional eyes) describes some of those narrow rues. But first he describes the boulevards:

I stayed in my room as little as possible and only allowed myself the pleasures available to penniless Parisians. So I walked the boulevards. I hadn’t realized how much larger Paris was than Turin. I was enthralled by the sight of so many people of all classes walking beside me. Few of them had any particular errand to perform, and most were there to look at each other. Respectable Parisian women dressed with great taste, and if they didn’t draw my attention, their hairstyles did. Unfortunately there were also, shall we say, those less respectable women who were ingenious at inventing ways of dressing up to gain the attention of our sex.

Simonini goes on to describe the categories of prostitutes he sees on the boulevards. Then he describes the narrow alleys, or passages, then often, and even more nowadays, glazed overhead:

I was fascinated by the passages. I adored passage Jouffroy, perhaps because it held three of Paris’s best restaurants: the Diner de Paris, the Diner du Rocher and the Diner Jouffroy. It seems, even today, that the whole of Paris gathers there, especially on Saturdays, in the glass-covered arcade where you are continually jostled by world-weary gentlemen and ladies who are too heavily scented for my taste.

Perhaps I was more intrigued by passage des Panoramas. The crowd you saw there was more working class, bourgeois and provincial, people who looked longingly at antiques they could never afford and young girls who had just come out of the factories. If you really must ogle petticoats, the women in passage Jouffroy are better dressed (if that’s what you like), but here, wandering up and down watching the factory girls, are the suiveurs, middle-aged men who conceal their gaze behind green-tinted glasses. I doubt that all the girls really are factory workers; that they are simply dressed, in tulle bonnets and pinafores, means nothing. Look carefully at their fingertips. Girls without cuts, scratches or small burns lead a more leisurely life, thanks to the suiveurs whom they manage to enchant.

It is not the factory girls I gaze at in the arcade, but the suiveurs. (Who said that a philosopher is someone who watches the audience and not the stage at the café chantant?) They may one day become my clients, or useful in another way. I follow some of them home, to see them being greeted, say, buy a fat wife and half a dozen brats. I make a note of their addresses. You never know. I could easily ruin them with an anonymous letter. One day, perhaps, if the need arises.

I am about a third through this novel and on the hunt for passages evocative of the streets of the great cities where the novel unfolds – Paris, Prague, Biarritz (where my father spent some time after serving in World War II), Turin, Palermo, Munich and others. If they show up, you will read them. 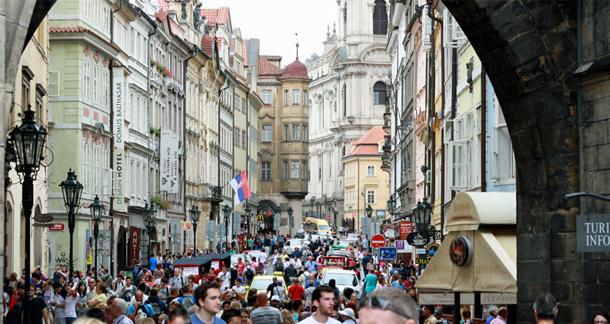 This blog was begun in 2009 as a feature of the Providence Journal, where I was on the editorial board and wrote a weekly column of architecture criticism for three decades. Architecture Here and There fights the style wars for classical architecture and against modern architecture, no holds barred. History Press asked me to write and in August 2017 published my first book, "Lost Providence." I am now writing my second book. My freelance writing on architecture and other topics addresses issues of design and culture locally and globally. I am a member of the board of the New England chapter of the Institute of Classical Architecture & Art, which bestowed an Arthur Ross Award on me in 2002. I work from Providence, R.I., where I live with my wife Victoria, my son Billy and our cat Gato. If you would like to employ my writing and editing to improve your work, please email me at my consultancy, dbrussat@gmail.com, or call 401.351.0457. Testimonial: "Your work is so wonderful - you now enter my mind and write what I would have written." - Nikos Salingaros, mathematician at the University of Texas, architectural theorist and author of many books.
View all posts by David Brussat →
This entry was posted in Architecture, Architecture History, Art and design, Other countries, Preservation, Urbanism and planning and tagged Arcades, Literature, Novel, Paris, Passages, Prague Cemetery, Prostitution, Society, Streets, Umberto Eco. Bookmark the permalink.