Propriety of prose and vase

Laura Heery sent me a few pages from Essays on the Nature and Principles of Taste, by Archibald Allison, published in 1832. Her communication arose from a discussion on Pro-Urb last month over the relationship of style to character in architecture. The lines from Allison are delicate, and in the (dare I say it) style of their period. Heery introduces them by noting, “In history, ‘style’ debates held little risk of being interpreted as decoration of sealed boxes.” How true! And she then makes a personal aside:

I worked as an architectural designer for Philip Johnson in the 1980s, when we generated projects side-by-side, some authentic expressions of historical forms and others that were cartoons.  A “wallpaper” of repeating Palladian windows on the skin of a 50-story tower finally drew fire from critics and citizens, for the flattening of architecture to merely sardonic wit and “style.”

I believe I know that silly building in Boston. Seeing it, how could one not remember it – and yet that is not the measure of greatness in design, is it?

Anyway, here, for those who don’t mind a few extra commas, normally omitted in our 21st century writing, is one of the passages from Allison: 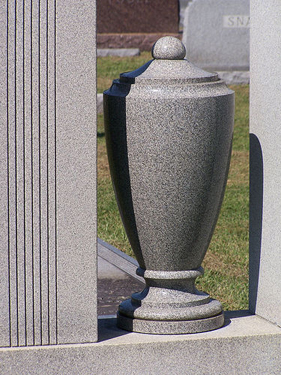 In all the different kinds of ornamental forms, in the same manner, instead of there being any one determinate proportion of uniformity and variety beautiful, there are, in fact, as many varieties of beautiful composition as there are varieties of character; and the rule by which we judge of this beauty, in every particular case, is by the correspondence of the composition to the character, which is the form intended to express. To give the same proportion of uniform or of varied parts to every species of ornamental form, to forms of splendour, of magnificence, of gaiety, of delicacy, or of melancholy, would be to sin against the very first principle of composition. The beautiful form of the vase, for instance, is employed in many different kinds of ornament, and may either be magnificent, elegant, simple, gay, or melancholy. In all these cases, however, the composition is different. A greater proportion of uniformity distinguishes it when destined to the expression of simplicity, magnificence, or melancholy, and a greater proportion of variety, when destined to the expression of elegance or gaiety. We immediately perceive also that there is propriety and beauty in this difference of composition; and if we are asked, why it is so, we readily answer, because it accords with the peculiar character which the form is there intended to have. If, on the other hand, the proportion is inverted, if the vase upon a tomb has all the varieties of a goblet, or the latter all the uniformity of the funeral urn, we immediately perceive an impropriety and deformity, and as readily explain it, by saying, that the composition is unfitted to the expression which the object is intended to have.

I reprint this passage as a species of curiosity, not only for its archaic cadence and punctuation but for the simplicity and fundamental quality of its perception. The language is ornate but the idea is simple. Is there impropriety here? I don’t know. What I do know is that you are no more likely to hear its like in a school of architecture or design today than you are likely to find a rhinoceros in the garage of its president.

This blog was begun in 2009 as a feature of the Providence Journal, where I was on the editorial board and wrote a weekly column of architecture criticism for three decades. Architecture Here and There fights the style wars for classical architecture and against modern architecture, no holds barred. History Press asked me to write and in August 2017 published my first book, "Lost Providence." I am now writing my second book. My freelance writing on architecture and other topics addresses issues of design and culture locally and globally. I am a member of the board of the New England chapter of the Institute of Classical Architecture & Art, which bestowed an Arthur Ross Award on me in 2002. I work from Providence, R.I., where I live with my wife Victoria, my son Billy and our cat Gato. If you would like to employ my writing and editing to improve your work, please email me at my consultancy, dbrussat@gmail.com, or call 401.351.0457. Testimonial: "Your work is so wonderful - you now enter my mind and write what I would have written." - Nikos Salingaros, mathematician at the University of Texas, architectural theorist and author of many books.
View all posts by David Brussat →
This entry was posted in Architecture, Architecture History, Art and design and tagged Archibald Allison, design, Laura Heery, Laura Heevy, Ornament, Philip Johnson. Bookmark the permalink.

2 Responses to Propriety of prose and vase