Outpost of beauty at I’On

Gazebo across lake a I’On, in Mount Pleasant, S.C., north of Charleston. (Photos by David Brussat)

Northeast of Charleston, over the Ravenel Bridge across the Cooper, in the town of Mount Pleasant, is the curiously named I’On, named for a historic personage of South Carolina. It is worthy of the name – quaint, charming, beautiful, historic – no, cancel that. It is new, or at any rate only 20 years old. It was developed by Vince Graham and designed by the New Urbanist firms of Dover, Kohl & Partners and Duany Plater-Zyberk. Andrés Duany guided us through on Monday morning, and on the way we ran into a tour guided by Graham. Not, I suspect, a coincidence.

The town is unaffordable to many because new beautiful places are rare in America, and old beautiful places are already bid up sky high. The reason that I’On is affordable to anyone may be that carvers, stonemasons, artists in plaster fabrication and other crafts did not have to be imported en mass from Italy, or even the American College of Building Arts, in Charleston.

Nevertheless, one would have to creep up onto a porch and stand on a chair to get close enough to discover, say, that the capital of an Ionic column – no, that’s not where the town’s name comes from – is fabricated by a machine rather than by hand. If all of the posts that form the porches were hewn by hand from wood, they would not do the job of such posts quite so well – and that’s not to hold up the top rail, for which task far fewer posts are required. The more crowded the balusters of a porch, the more privacy they provide. The more expensive they are, the less likely they are to crowd a balustrade.

The photographs herein preserve a discrete distance from such nosiness, as, no doubt, do most of the residents of the town vis-a-vis their neighbors. I learned from Duany another tart fact about porches – that there are standards for how high a porch should be off the ground the closer it is to the sidewalk. The idea is that a porch is a mixture of private and public space, and if you don’t want to feel abashed by passersby, then the porch should be a certain height per foot from the sidewalk. But a porch should not be so far up that conversation is too awkward to be the interaction of choice. Duany did not reveal what the exact ratio was, but he said that it is one of those things that should be taught in the first year of architecture school. Needless to say, it is not.

The elegance of I’On is fed by many factors, but I enjoyed how the town’s forest of columns, posts, balusters, picket fences and tree trunks combine to compose a symphony in the vertical key, the likes of which I’d experienced in very few places. I think Seaside, in Florida – the signature town of DPZ – is one of them. The same feel of cozy habitat and community arises. A canal doesn’t hurt. (See video at conclusion of post.)

The shots below follow the guided tour experienced by the students Prof. Nathaniel Walker’s survey course in American architecture at the College of Charleston. He’s the one in a light-blue checked shirt. Andrés Duany is in the dark-blue shirt. 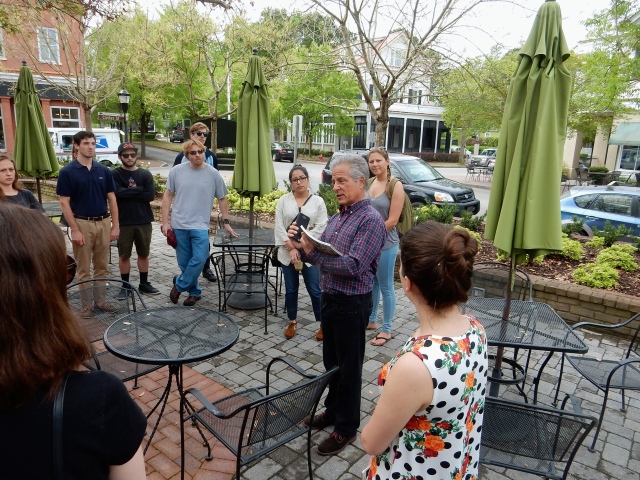 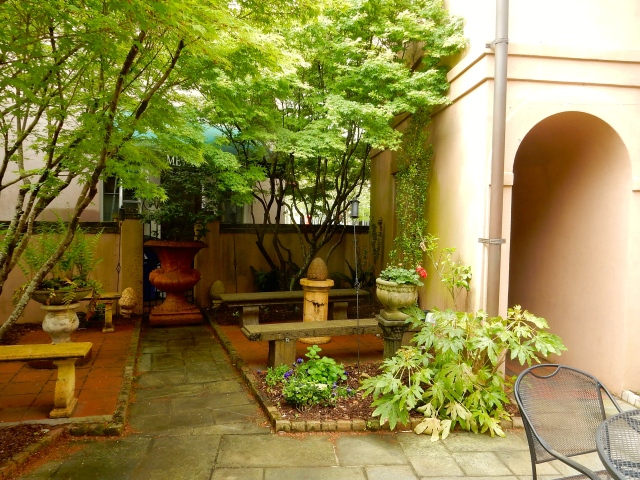 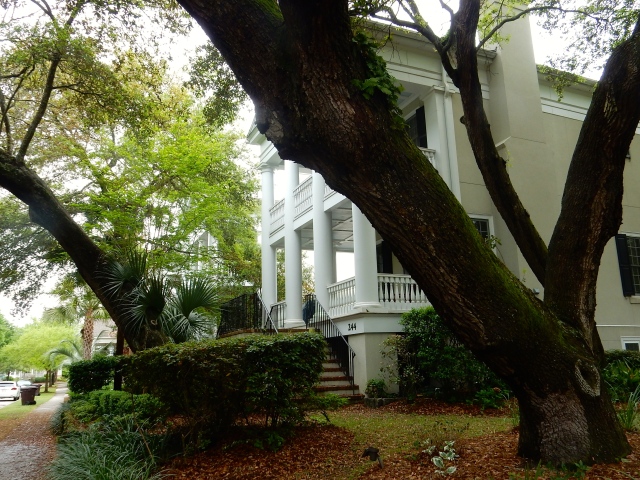 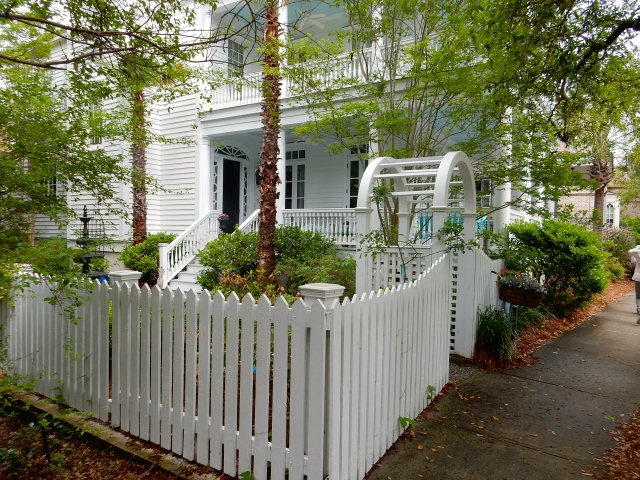 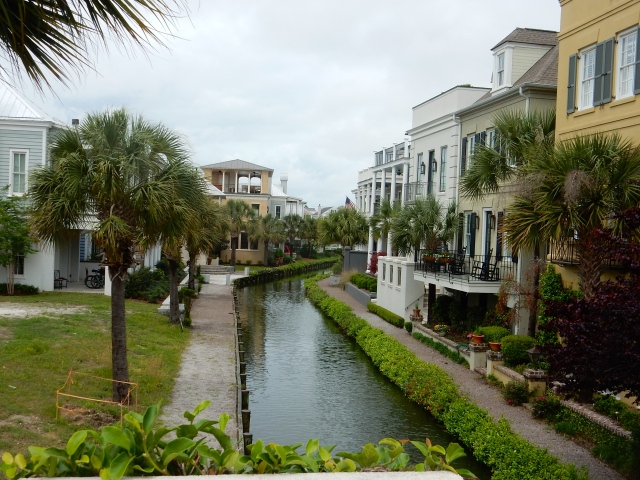 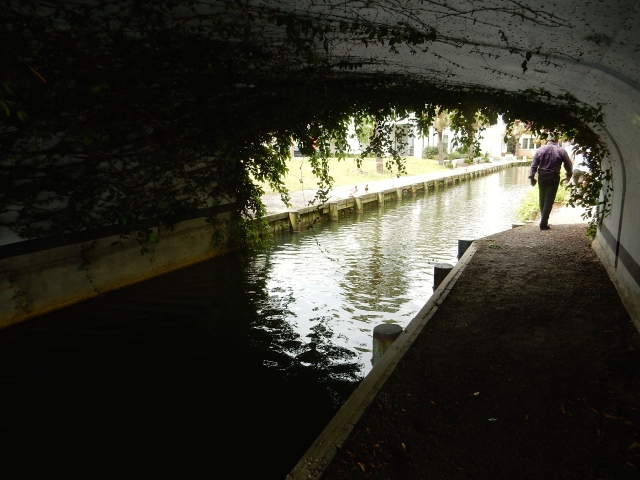 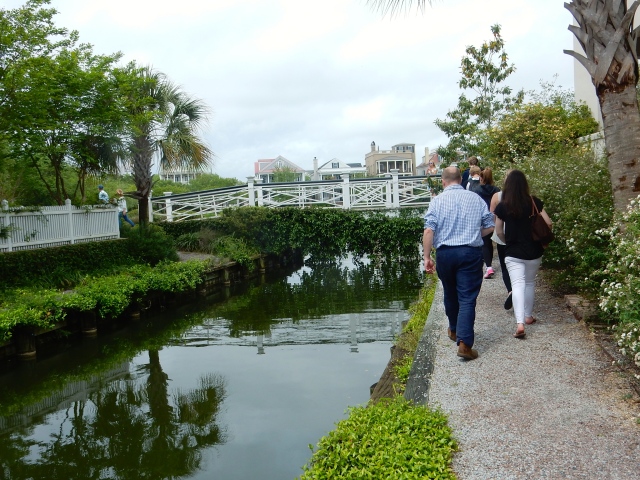 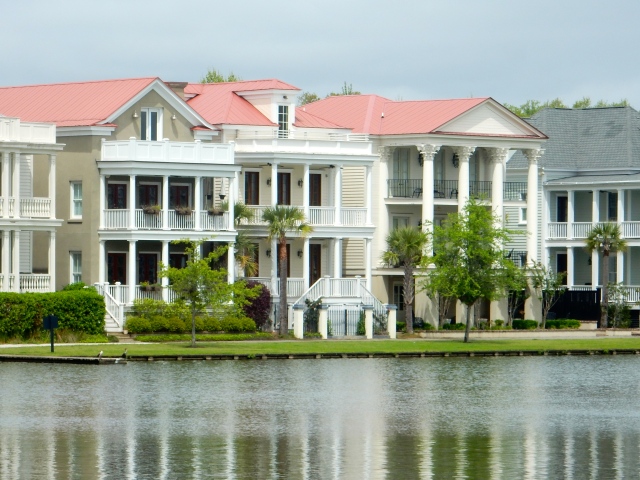 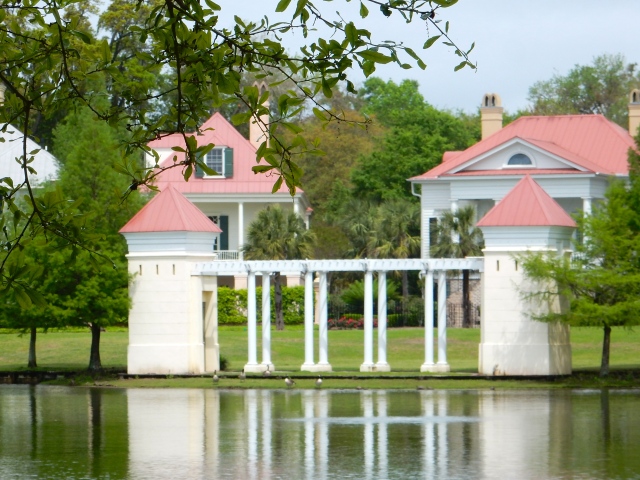 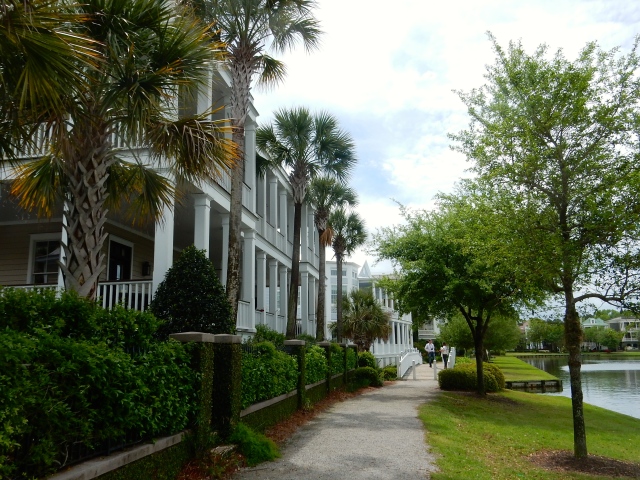 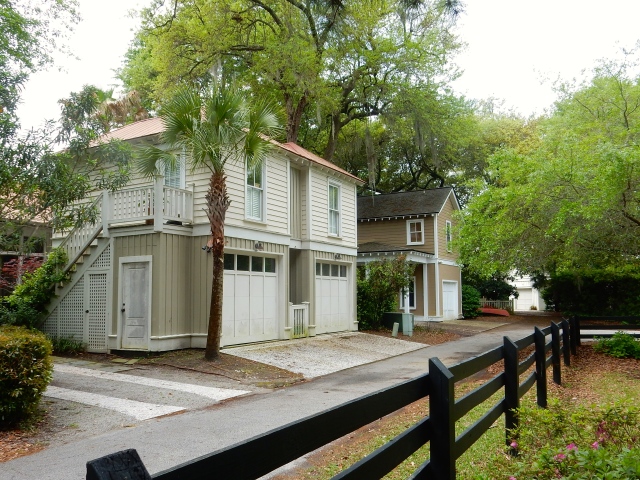 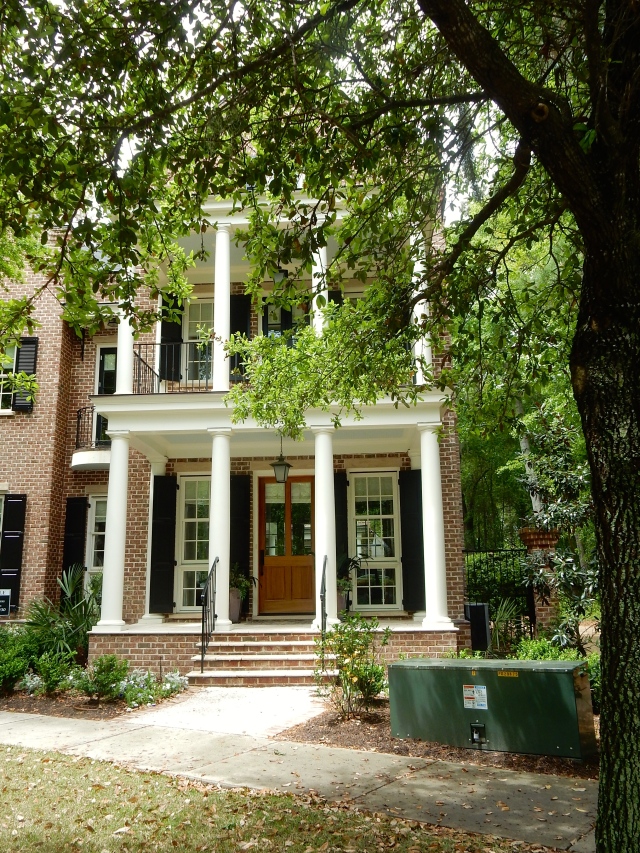 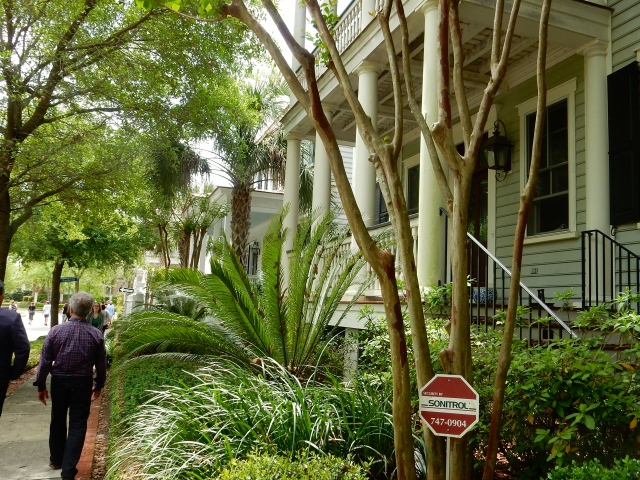 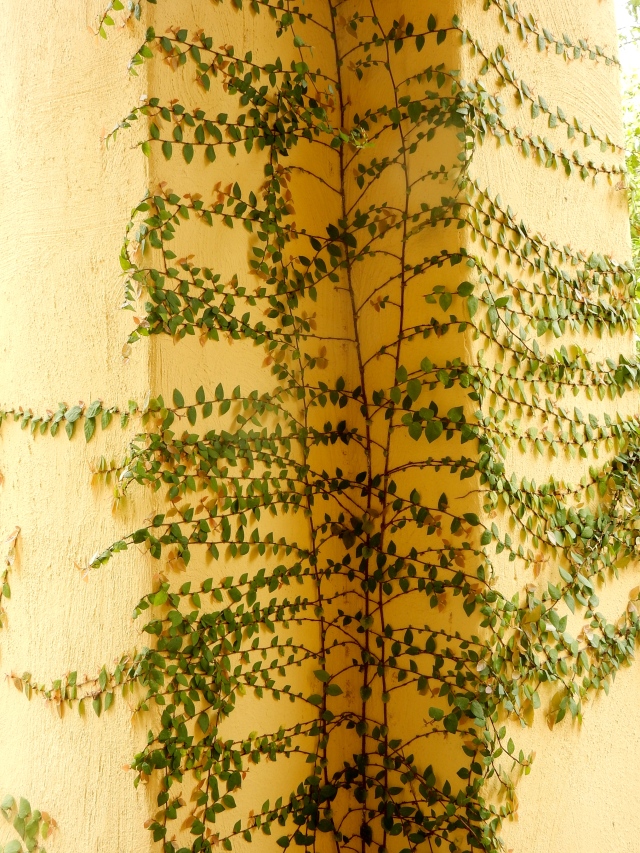 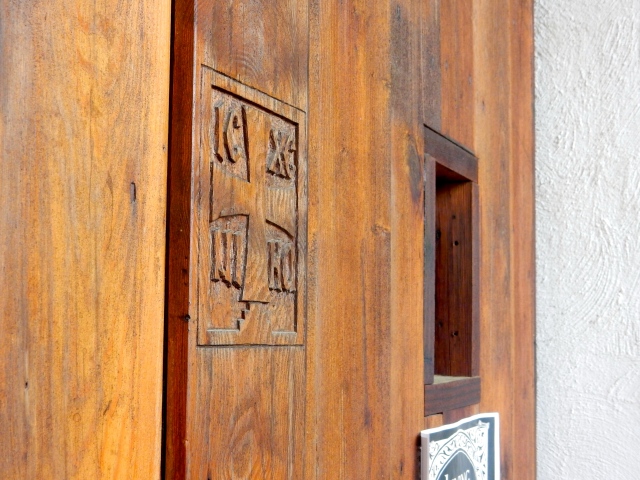 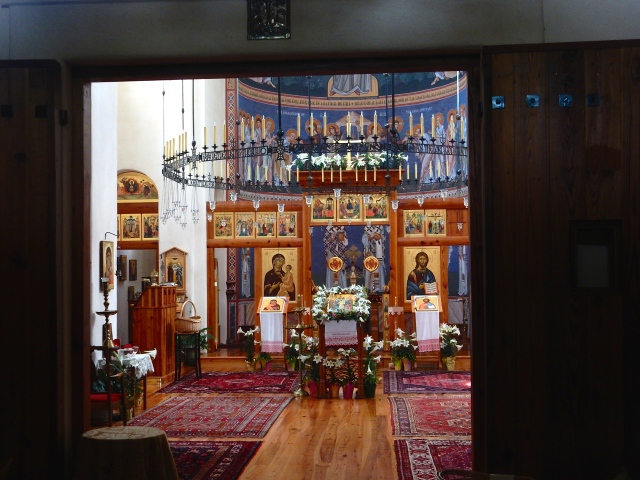 This blog was begun in 2009 as a feature of the Providence Journal, where I was on the editorial board and wrote a weekly column of architecture criticism for three decades. Architecture Here and There fights the style wars for classical architecture and against modern architecture, no holds barred. History Press asked me to write and in August 2017 published my first book, "Lost Providence." I am now writing my second book. My freelance writing on architecture and other topics addresses issues of design and culture locally and globally. I am a member of the board of the New England chapter of the Institute of Classical Architecture & Art, which bestowed an Arthur Ross Award on me in 2002. I work from Providence, R.I., where I live with my wife Victoria, my son Billy and our cat Gato. If you would like to employ my writing and editing to improve your work, please email me at my consultancy, dbrussat@gmail.com, or call 401.351.0457. Testimonial: "Your work is so wonderful - you now enter my mind and write what I would have written." - Nikos Salingaros, mathematician at the University of Texas, architectural theorist and author of many books.
View all posts by David Brussat →
This entry was posted in Architecture, Architecture Education, Architecture History, Art and design, Development, Urbanism and planning, Video and tagged American College of Building Arts, Andres Duany, Charleston SC, craft, I'On, Mount Pleasant SC, Nathaniel Walker, New Urbanism, Vince Graham. Bookmark the permalink.

4 Responses to Outpost of beauty at I’On