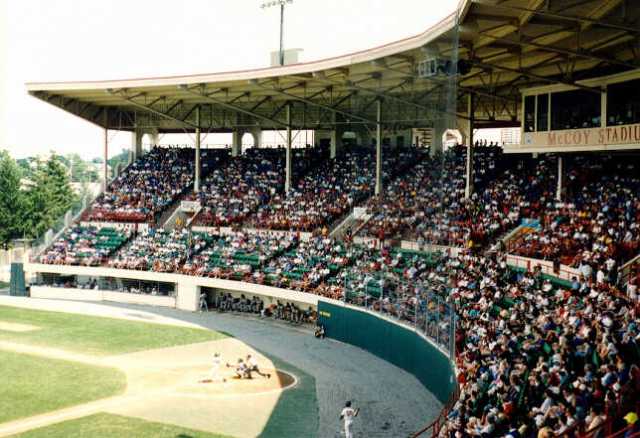 There once was a team in Pawtucket.

To consider the merits of moving the Boston Red Sox Triple-A team to Providence, one must first swallow the vile pill of stealing the team from neighboring Pawtucket, which needs economic stimulus more than does Rhode Island’s capital city. All other things being equal, the new owners should keep the PawSox in Pawtucket. 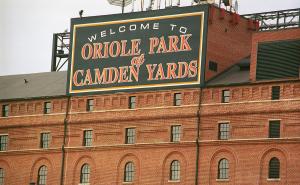 Yet, while McCoy Stadium is swell since its renovation in 1999, its well-hidden location amidst an industrial patch fed by a spaghetti of local streets near no major highway stinks. Minor-league ball teams have always had big-time wanderlust. Small cities have always faced the risk of team migration. The PawSox’s many years in Pawtucket are a rare exception. Alas, keeping the team in the Ocean State may require shafting the Bucket.

So they should at least keep the PawSox moniker. Just as holidays manage to survive relocation to Mondays, the team can still be called the PawSox after moving to Providence. No conceivable name could improve upon PawSox. ProvSox? Nah. ProSox? Nah. Rhode Island Red Sox? Yawn! PawSox is euphonious and pays homage to Pawtucket. It may not be much, but some sort of payback for kidnapping the team would be appropriate.

Although there is talk that little will be sought from the state to support the project (except maybe for free I-195 redevelopment land), talk is cheap. Either way, there is a large cloud dogging the proposal. It is 38 Studios, also hitched to baseball. In 2010, former Sox star Curt Schilling was given $75 million in state tax incentives to move his young computer game business here from Massachusetts, which had refused to offer subsides. It promptly struck out. Rhode Island taxpayers are still angry and skeptical. A poorly conceived stadium that fails could hurt the city and state for years, and it would be much harder to pull the plug.

The riverfront land eyed by the new PawSox owners for a new stadium is eyed by Rhode Island leaders for economic stimulus. A stadium would be a radical shift. And yet their high-tech vision has fared poorly thus far. The only project since the district’s conception in 2011 is for student housing – hardly high tech – and even that is tangled up in a quest for city subsidies. The district’s redevelopment potential is packaged in a Developers’ Toolkit that virtually ensures failure. Indeed, baseball next door (on land slated for an ugly public park) might well go hand in hand with high tech.

There is room for both. But a Providence stadium could prove a major boon for Rhode Island’s original plan for the 195 district whether the new PawSox succeed for its owners or not.

This would require the owners to model the stadium on Fenway. It and Lansdowne Street are beloved because they are old and charming. New PawSox owner Larry Lucchino of the BoSox helped develop Baltimore’s highly successful Camden Yards for the Orioles and San Diego’s Petco Field for the Padres. Both stadiums, with views of the cities’ downtowns beyond the outfield as Lucchino desires here, are elegantly retro in style.

If a new stadium in Providence embraces that aesthetic – rather than the alien-spaceship chic of many stadiums – it could give a lift to development prospects on the 195 land. For now, the land’s potential is stultified by the unsatisfying “models” that prospective developers see in the 195 Toolkit illustrations. These seem intended to avoid design controversies by mixing old and new in ways that may anger few but will disappoint many. If a new stadium pushes the 195 development commission in a more sensible design direction, the city and state will benefit regardless of how the stadium fares as economic stimulus. The commission should strive to learn the lesson whether a stadium is built or not.

In fact, research now increasingly demonstrates that traditional architecture appeals to people for reasons deeply connected to their human evolutionary neurobiology. So a retro stadium on the 195 land could turn out to be the real McCoy of scientific development.

One thing’s for sure. If politicians, financiers and engineers give it a green light, the ball field must not sit in a sea of parking. The team owners speak of a garage in partnership with Brown at nearby South Street Landing. Fine. But they should also consider having fans park at the Port of Providence and board ferries for the brief trip to the stadium.

The late Rhode Island architect and planner Bill Warner, who conceived and designed the very waterfront Lucchino finds so alluring, dreamed of water taxis ferrying commuters to downtown’s Waterplace Park. If they park at the port and commute to a stadium instead, that sounds like a home run, too.

This blog was begun in 2009 as a feature of the Providence Journal, where I was on the editorial board and wrote a weekly column of architecture criticism for three decades. Architecture Here and There fights the style wars for classical architecture and against modern architecture, no holds barred. History Press asked me to write and in August 2017 published my first book, "Lost Providence." I am now writing my second book. My freelance writing on architecture and other topics addresses issues of design and culture locally and globally. I am a member of the board of the New England chapter of the Institute of Classical Architecture & Art, which bestowed an Arthur Ross Award on me in 2002. I work from Providence, R.I., where I live with my wife Victoria, my son Billy and our cat Gato. If you would like to employ my writing and editing to improve your work, please email me at my consultancy, dbrussat@gmail.com, or call 401.351.0457. Testimonial: "Your work is so wonderful - you now enter my mind and write what I would have written." - Nikos Salingaros, mathematician at the University of Texas, architectural theorist and author of many books.
View all posts by David Brussat →
This entry was posted in Architecture, Art and design, Development, Providence, Urbanism and planning and tagged 195 Redevelopment District, Baseball, Economics, PawSox, Pawtucket, Red Sox, Sports, Stadiums. Bookmark the permalink.

3 Responses to PawSox to Providence?