The Carpionato proposal for 195 land

Here are some images from the Carpionato Group’s proposal to redevelop most of the vacant Route 195 land east of the Providence River, in Fox Point. The illustrations, drawn under the direction of architect Neil Middleton of TRO Jung Brannen of Boston, are quite lovely, and raise the ante for projects that, I hope, will be brought to the I-195 Redevelopment District Commission this spring. This proposal has a definite traditional feel to it, but one must not be fooled by pretty pictures. If the commission accepts this proposal in its First Level of design review, it will be tweaked in the Second Level according to what the commission, its consultants, the public (through hearings) and Carpionato Group itself feel is necessary to make the project contribute to the goals of the commission, and to emerge as a project that can be successful for both the company and the city.

Over lunch on Saturday officials of the company assured me that the proposal is still on the table.

My hope is that the commission can raise its sights sufficiently to move this proposal forward. And my hope also is that Fred Carpionato, who is the head of the Carpionato Group, will also raise his company’s standards to the level of those implicit in the images that accompany its proposal. And, of course, it goes without saying that the approval of an excellent proposal is not the finishing point. All eyes must focus on preventing the high quality of a proposal from being diluted in the process of construction itself.

In my column last week I was tough on the commission and its standards as reflected in its Developer’s Toolkit, but that is because I believe the commissioners have enough good sense among them to realize that second best isn’t good enough for Providence. Let’s hope they will accept this Carpionato proposal – and make sure it is built according to the high standards that are professed in the illustrations above and below.

[A diligent correspondent has properly rebuked the absence of credit for the illustrations or the name of an architect, now corrected. I should have tracked it down myself before posting.] 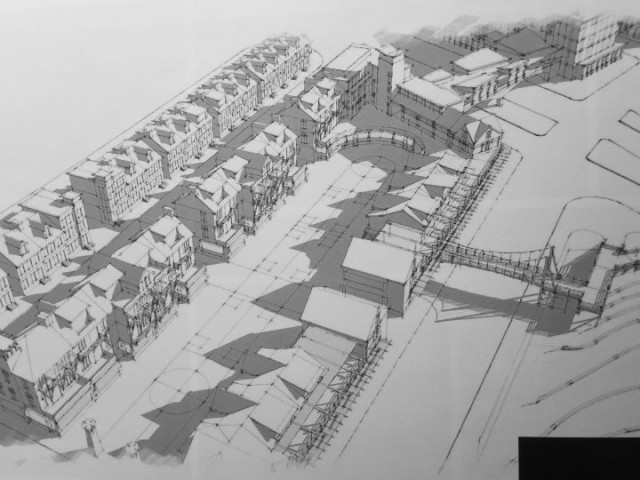 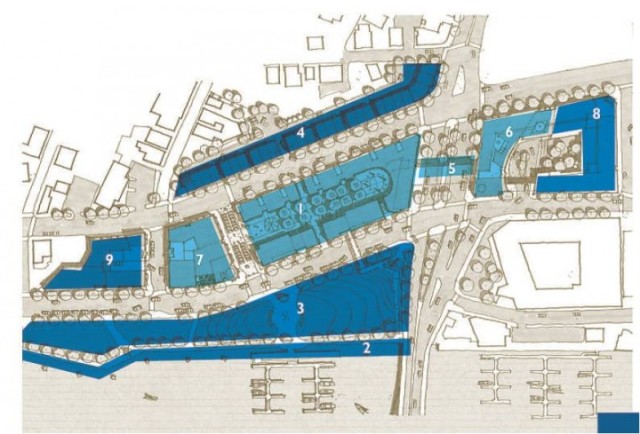 Illustrations courtesy of The Carpionato Group

This blog was begun in 2009 as a feature of the Providence Journal, where I was on the editorial board and wrote a weekly column of architecture criticism for three decades. Architecture Here and There fights the style wars for classical architecture and against modern architecture, no holds barred. History Press asked me to write and in August 2017 published my first book, "Lost Providence." I am now writing my second book. My freelance writing on architecture and other topics addresses issues of design and culture locally and globally. I am a member of the board of the New England chapter of the Institute of Classical Architecture & Art, which bestowed an Arthur Ross Award on me in 2002. I work from Providence, R.I., where I live with my wife Victoria, my son Billy and our cat Gato. If you would like to employ my writing and editing to improve your work, please email me at my consultancy, dbrussat@gmail.com, or call 401.351.0457. Testimonial: "Your work is so wonderful - you now enter my mind and write what I would have written." - Nikos Salingaros, mathematician at the University of Texas, architectural theorist and author of many books.
View all posts by David Brussat →
This entry was posted in Architecture, Art and design, Providence, Urbanism and planning and tagged Architecture Here and There, Carpionato Group, City, David Brussat, Development, I-195 Redevelopment District Commission, Providence RI, Rhode Island, Route 195 Commission, Urbanism. Bookmark the permalink.

13 Responses to The Carpionato proposal for 195 land