Don’t trifle with this building 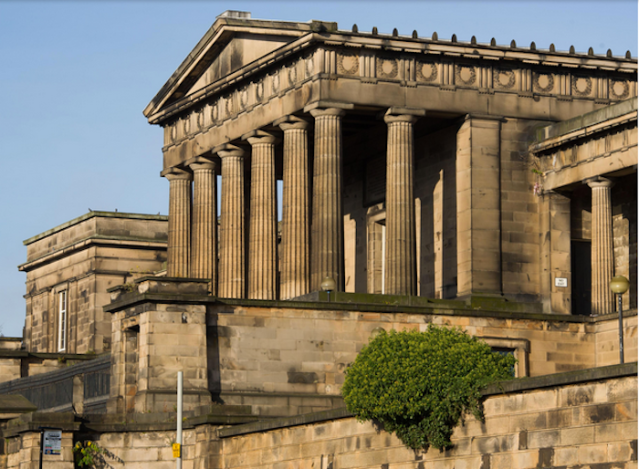 Opened in 1823 to a design by Thomas Hamilton, Edinburgh’s Old Royal High School has a stern and foreboding look. But surely a grin can be detected among its colonnades: It has recently dodged the bullet of redevelopment as an “arts hotel” (a what?). City Council for the Athens of the North, as the UNESCO World Heritage city is known, may have despaired of a use consonant with its location. The school, which absquatulated in 1968, sits halfway up Calton Hill in the Scottish capital, overlooked by the Dugald Stewart monument, a memorial to Admiral Nelson, and the Parthenon-like National Monument of Scotland, whose incompletion demanded its inevitable nickname, Scotland’s Folly. 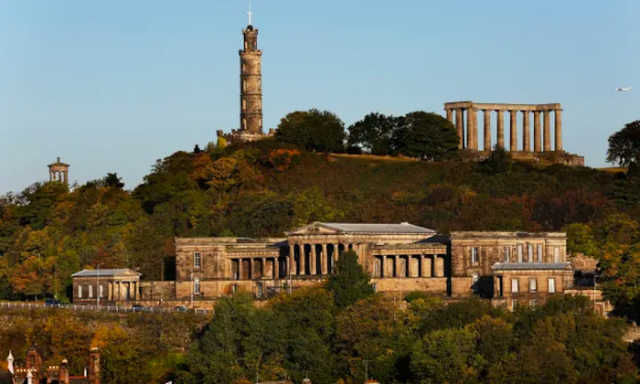 Of course, the real Scotland’s Folly is the Scottish Parliament, an absurdist structure opened in 2004 at ten times its original budget estimate, and set at the base of Calton Hill below the Old Royal. The new parliament was said to have “aimed to achieve a poetic union between the Scottish landscape, its people, its culture, and the city of Edinburgh,” according to Wikipedia. Just look at it! In 2005 it won the Stirling Prize, Britain’s Pritzker equivalent, ratifying the egoism of its ugliness. It should be torn down on general principles.

Edinburgh’s famous St. Mary’s School of Music has the council’s backing to occupy the Old Royal, but it will now have to compete on the open market. The muscular building can probably wait for a buyer, given its over half a century of waiting thus far. Can the music school’s wealthy backers compete? The building looks old, craggy even, but it also looks venerable. It ought not be trifled with. You’d think a music school would be just the thing – but you never know these days. It might even want Mickey Mouse ears, any ears to stuff wax or cotton balls against the racket. (But no! Scotland is a civilized place and St. Mary’s teaches classical, doesn’t it? So its website suggests.) 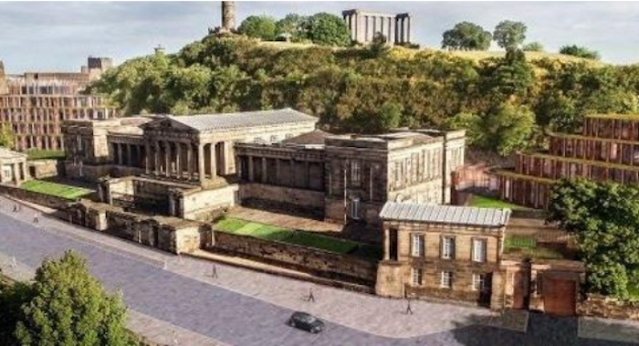 Proposed additions for “arts hotel” are to left and right of school. (Gareth Hoskins Architects)

The Mickey Mouse ears of the proposal recently defenestrated by council seem only modestly ridiculous by the standard of the modernist parliament. Should it have been acceptable given the probability of even worse alternatives? Certainly not. Modern architecture violates a city’s spirit, and should be given no quarter whatsoever. Throwing the Old Royal onto the market at least opens up the possibility that a sensitive buyer will respect the history of Scotland.

Edinburgh already has way too much modern architecture for a Heritage City, degrading both the city and the U.N. program. Recently a so-called Golden Turd, another atrocious hotel, has been inflicted upon its citizens, dealing yet another body blow to the city’s primary economic driver of tourism. Like my own city of Providence and so many other places around the world, Edinburgh seems intent upon wrecking its brand. (The commercial nomenclature usefully exposes the pretense of such policies.)

In fact, the Old Royal High School itself should house the Scottish Parliament. Tear down the monstrosity it currently occupies and move the happy legislators into a building more appropriate to the historic dignity of Scotland.

This blog was begun in 2009 as a feature of the Providence Journal, where I was on the editorial board and wrote a weekly column of architecture criticism for three decades. Architecture Here and There fights the style wars for classical architecture and against modern architecture, no holds barred. History Press asked me to write and in August 2017 published my first book, "Lost Providence." I am now writing my second book. My freelance writing on architecture and other topics addresses issues of design and culture locally and globally. I am a member of the board of the New England chapter of the Institute of Classical Architecture & Art, which bestowed an Arthur Ross Award on me in 2002. I work from Providence, R.I., where I live with my wife Victoria, my son Billy and our cat Gato. If you would like to employ my writing and editing to improve your work, please email me at my consultancy, dbrussat@gmail.com, or call 401.351.0457. Testimonial: "Your work is so wonderful - you now enter my mind and write what I would have written." - Nikos Salingaros, mathematician at the University of Texas, architectural theorist and author of many books.
View all posts by David Brussat →
This entry was posted in Architecture, Development and tagged Calton Hill, Edinburgh, Golden Turd, Modern Architecture, Old Royal High School, Scotland, Scottish Parliament, St. Mary's Music School, World Heritage Site. Bookmark the permalink.

3 Responses to Don’t trifle with this building