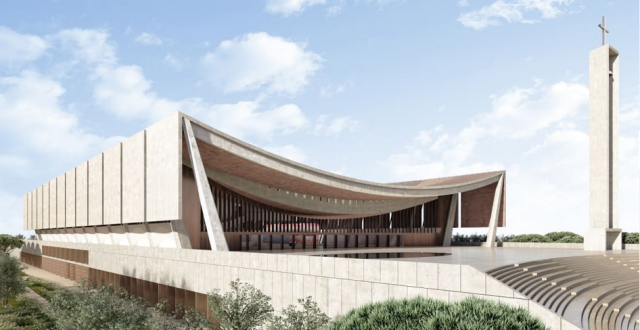 On Oct. 20, CNN ran a piece describing the 10 most anticipated architectural developments in Africa, titled “Buildings for the future.” Most of the projects are typical of their ilk around the world. They say nothing of Africa or the cultures from which the projects supposedly take their inspiration, if indeed they intend any such reverence at all. Look at the slide show of proposals. The opening passages of the article confirm what the slideshow suggests of the deep gulf between these proposals and any idea of Africa:

Great architecture captures the world’s attention – if it’s good enough, a single building can put a city on the map. Those buildings are symbols of ambition as much as they are of beauty, and when leveraged correctly, they’re a worthy investment, attracting people and opportunities.

All across Africa, daring architectural statements are taking shape in the private and public sectors. From bustling cities to the depths of the rainforest, they promise to bring new life to their surroundings.

(The reference to “the depths of the rainforests” seems accidentally to refer to South America, else the descriptor would have referred to the depths of the jungle – unless that word has now been canceled.)

The platitudes of CNN author Tom Page could be written of architecturally modernist projects anywhere in the world. The only promise they bring to their surroundings is that new life will continue to reflect the neocolonialism that has for more than half a century assaulted the indigenous cultures of Africa – in short, since they won independence from ye olde colonial powers of Europe. What might easily be deemed cultural genocide will continue to animate the pan-national ruling classes of Africa.

Elites in virtually all nations, developed and developing, have bought into the idea that their traditions are worth nothing and their success as nations relies on copying architecture that supposedly embraces successful Western economic practices but in truth reflects, instead, both the egoism of its architects and the financial interests of the global one-percenters who hire them. None of this has anything to do in particular with Africa, or any respect for anything African. 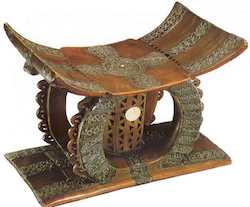 The first slide shows the proposed National Cathedral of Ghana, in Accra, designed by international celebrity architect Sir David Adjaye, a Ghanaian Brit born in Tanzania. Its shape, writes CNN’s Tom Page, “evokes tented canopies and the Golden Stool, the royal throne of the Asante people.” Maybe it does, but it very much more recalls the swooping form of Dulles International Airport, located outside of Washington, D.C. As the designer of the U.S. National Museum of African American History and Culture, the architect has no doubt flown through Dulles more frequently than he has visited the Golden Stool. (Unless, as you might expect, he normally takes the more convenient but more expensive flights in and out of Reagan National Airport.)

My favorites include Cairo’s Grand Egyptian Museum, which, writes Page, “overlooks the Giza Necropolis some two kilometers away and makes use of copious amounts of glass to draw museum and pyramids together and, fittingly, leans heavy on triangular forms.” How precious! And there’s also the Ellen DeGeneres Campus of the Dian Fossey Gorilla Fund, in Musanze, Rwanda. “The center was made possible when Portia de Rossi, wife of DeGeneres, donated to the Fossey Fund in the TV star’s name as a 60th birthday present (Fossey was a childhood hero of DeGeneres).” … Anyway.

Most indigenous architectures of the developing world feature forms traceable to ancient classicism, either directly or in the sense that they developed over time by dint of trial and error through generations of builders who adapted the latest advancements to longstanding practical, cultural and climatic needs.

Modern architecture rejects that process and the successful cities, towns and villages it created, while seeking an anti-traditional template putting innovation above all and hence recognizable as culturally divergent wherever it appears. It is unlikely that most cultures will resume the design imperatives that benefit their native populations until their ruling classes begin, someday, to respect their own cultures. This article by CNN merely demonstrates how far such cultures, in this case those of Africa, remain from regaining their self-possession.

This blog was begun in 2009 as a feature of the Providence Journal, where I was on the editorial board and wrote a weekly column of architecture criticism for three decades. Architecture Here and There fights the style wars for classical architecture and against modern architecture, no holds barred. History Press asked me to write and in August 2017 published my first book, "Lost Providence." I am now writing my second book. My freelance writing on architecture and other topics addresses issues of design and culture locally and globally. I am a member of the board of the New England chapter of the Institute of Classical Architecture & Art, which bestowed an Arthur Ross Award on me in 2002. I work from Providence, R.I., where I live with my wife Victoria, my son Billy and our cat Gato. If you would like to employ my writing and editing to improve your work, please email me at my consultancy, dbrussat@gmail.com, or call 401.351.0457. Testimonial: "Your work is so wonderful - you now enter my mind and write what I would have written." - Nikos Salingaros, mathematician at the University of Texas, architectural theorist and author of many books.
View all posts by David Brussat →
This entry was posted in Architecture and tagged Africa, CNN, Cultural Genocide, David Adjaye, Dulles International Airport, Golden Stool, National Cathedral of Ghana. Bookmark the permalink.