A resurgence of murals 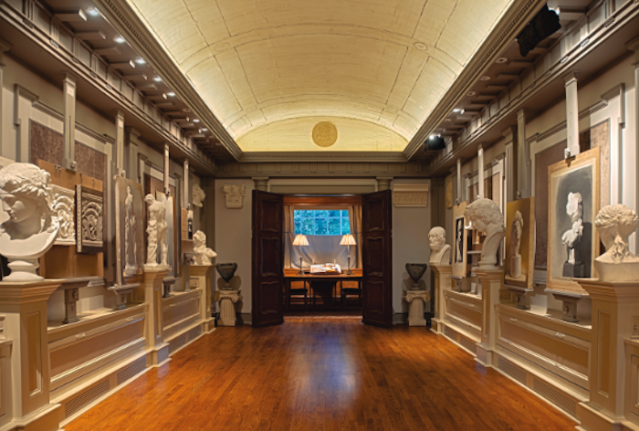 Unlike modern architecture’s rejection of art as integral to building design, classical architecture welcomes painting and sculpture as part and parcel of a building’s beauty. Murals have embellished the world’s greatest buildings for centuries, but with modern architecture in control for all too many decades, muralists, along with sculptors and classicism’s other allied artists, have, along with their arts, struggled to survive. 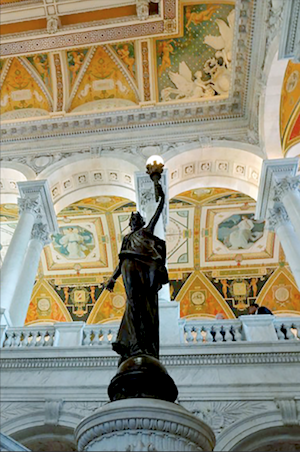 So it is exciting to learn that the Classical Design Foundation and its founding director, Jeffrey Mims, have announced the creation of the Mural Guild as a teaching tool among the Academy of Classical Design’s programs in classical art applied to classical architecture. The academy is headquartered in Southern Pines, North Carolina.

Architecture cannot tell a complete story without the contributions of the representational painter and sculptor. The harmonious work of the architect, painter and sculptor is fundamental to the classical tradition today, just as it was in the greatest eras of the past. The Academy of Classical Design is the leading contemporary exponent of decorative art in that tradition. It deserves the support of all who seek to add new beauty to our buildings and outdoor spaces.

The first major project by the students of the Mural Guild will be to paint a fresco (a mural painted on freshly laid plaster) to decorate the vaulted ceiling of the academy’s Cast Hall, pictured atop this post. Look at the ceiling. It is quite attractive even in its unadorned state. Imagine, however, scaffolding erected with boards laid across the top, upon which student muralists, lying on their backs, reaching upward with paint brushes, channel Michelangelo painting the ceiling of St. Peter’s Sistine Chapel.

Wikipedia describes what Michelangelo had to put up with:

Michelangelo painted the ceiling of the Sistine Chapel, which took approximately four years to complete (1508–1512).[41] According to Condivi’s account, Bramante, who was working on the building of St. Peter’s Basilica, resented Michelangelo’s commission for the pope’s tomb and convinced the pope to commission him in a medium with which he was unfamiliar, in order that he might fail at the task.[42] Michelangelo was originally commissioned to paint the Twelve Apostles on the triangular pendentives that supported the ceiling, and to cover the central part of the ceiling with ornament.[43] Michelangelo persuaded Pope Julius to give him a free hand and proposed a different and more complex scheme, representing the Creation, the Fall of Man, the Promise of Salvation through the prophets, and the genealogy of Christ.

The muralists studying under Professor Mims and his instructors will not only learn to paint but how to maneuver in the life of the artist. They will be spared the connivings of a Bramante, one may suppose; yet, academia being what it is, there will be challenges enough in the teaching environment.

More and more cities are hiring muralists to paint on the sides of buildings, and this is wonderful if not always entirely artful. But in time as more new classical buildings are built, trained classical muralists will be required to bring this bold new architecture to the highest pitch of beauty. The Academy of Classical Design will provide the world with a dedicated stream of talent.

As Jeffrey Mims moves forward in setting up this new arm of his academy, those who want to help revive beauty in the world of art and architecture should support him by contacting Christine Herbes-Sommers at c.herbes-sommers@theclassicaldesignfoundation.org. 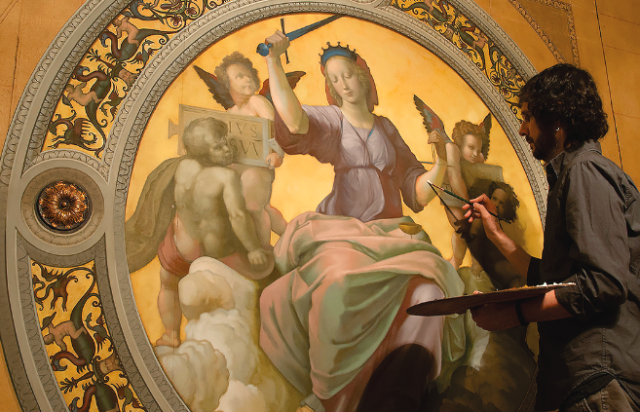 Academy student copying a portion of a fresco by the painter Raphael.

This blog was begun in 2009 as a feature of the Providence Journal, where I was on the editorial board and wrote a weekly column of architecture criticism for three decades. Architecture Here and There fights the style wars for classical architecture and against modern architecture, no holds barred. History Press asked me to write and in August 2017 published my first book, "Lost Providence." I am now writing my second book. My freelance writing on architecture and other topics addresses issues of design and culture locally and globally. I am a member of the board of the New England chapter of the Institute of Classical Architecture & Art, which bestowed an Arthur Ross Award on me in 2002. I work from Providence, R.I., where I live with my wife Victoria, my son Billy and our cat Gato. If you would like to employ my writing and editing to improve your work, please email me at my consultancy, dbrussat@gmail.com, or call 401.351.0457. Testimonial: "Your work is so wonderful - you now enter my mind and write what I would have written." - Nikos Salingaros, mathematician at the University of Texas, architectural theorist and author of many books.
View all posts by David Brussat →
This entry was posted in Architecture, Art and design and tagged Academy of Classical Design, Classical Design Foundation, Jeffrey Mims, Michelangelo, Mural, Mural Guild, Sistine Chapel, Southern Pines NC. Bookmark the permalink.

4 Responses to A resurgence of murals