How to create great streets 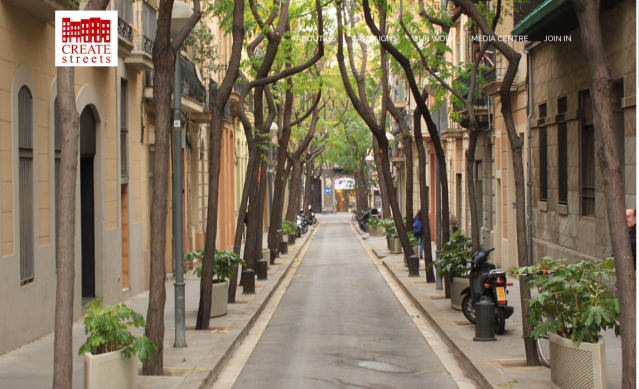 Headquartered in London, Create Streets seeks to teach Britons and their place-making institutions how to make better cities and towns. Its mission does not hesitate to include beauty in its remit. Its founder, Nicholas Boys Smith, is now co-chairman (along with Sir Roger Scruton) of the Building Better, Building Beautiful Commission, which proposes to bring beauty into British housing policy. The main concerns of Create Streets’ activities and research are reflected in the commission’s newly issued interim report.

In Great Britain no less than in the United States, the revival of beauty as a factor in architecture and planning faces opposition from organizations that have spent the last half-century or more ignoring or denying the relevance of beauty in place-making. Beauty has been for decades the topic that dare not speak its name. Even as beauty has managed to creep back into the discussion, a definite tiptoeing through the tulips remains as a supposedly practical strategy for getting along and remaining relevant in a realm of scant design diversity.

Yes, beauty is the focus of a new commission of the British government, and the word is used regularly in its interim report. However, the building types used conventionally to “build beauty” for centuries, described with words like “traditional” and “classical,” are not named but only hinted at in lame euphemisms and roundabout formulations. Of course, the report is the work product of a government commission, so bureaucratese is hardly unexpected.

A certain squeamishness afflicts even those organizations most explicitly interested in beauty, however, especially if they promote traditional and classical architecture. One example is the Institute of Classical Architecture & Art in the U.S. Another example is the Congress for the New Urbanism, also in the U.S., which, to judge by its mission statement and the images on its website, has largely abandoned the traditional streetscapes that forged its early, lightning-swift transformation into a popular urbanist movement.

Even Create Streets has succumbed, to judge by its home page’s rotating images. Two of the three shots, top and middle in this post, are unabashedly traditional. The third may or may not be a photograph. It suggests a street in Amsterdam, with buildings scaled to create intimacy along a canal. Except that each design appears stiltedly pro-forma. Their creepy sets of mechanical “originality” and interlocking formulae face off across the canal. The façades conspire to create a brooding animosity. What’s with the lowering sky? It is as if the website designers were under pressure to include a modernist example, but despaired of finding a photo of an actual great street, so they made one up. Perhaps. Whether this is a photo or a render, the buildings collectively undermine the intimacy promised by their obedience to the dictates of scale and diversity, never mind the principle of beauty. How exasperating.

The understandable human reluctance to confront modern architecture head on makes it difficult for proponents of beauty to use words or pictures to articulate a cohesive message. Some will argue that such evasion is merely a temporary measure to facilitate progress. Eventually, however, this “can’t we all just get alongism” must be overcome if beauty is to be achieved rather than merely advocated.

A third image on the Create Streets opening home-page screen is decidedly modernist.

This blog was begun in 2009 as a feature of the Providence Journal, where I was on the editorial board and wrote a weekly column of architecture criticism for three decades. Architecture Here and There fights the style wars for classical architecture and against modern architecture, no holds barred. History Press asked me to write and in August 2017 published my first book, "Lost Providence." I am now writing my second book. My freelance writing on architecture and other topics addresses issues of design and culture locally and globally. I am a member of the board of the New England chapter of the Institute of Classical Architecture & Art, which bestowed an Arthur Ross Award on me in 2002. I work from Providence, R.I., where I live with my wife Victoria, my son Billy and our cat Gato. If you would like to employ my writing and editing to improve your work, please email me at my consultancy, dbrussat@gmail.com, or call 401.351.0457. Testimonial: "Your work is so wonderful - you now enter my mind and write what I would have written." - Nikos Salingaros, mathematician at the University of Texas, architectural theorist and author of many books.
View all posts by David Brussat →
This entry was posted in Architecture, Urbanism and planning and tagged Building Better Buiilding Beauty, Create Streets, Institute of Classical Architecture & Art, New Urbanism, Nicholas Boys Smith, Roger Scruton. Bookmark the permalink.

5 Responses to How to create great streets