Betsky barks at the Bauhaus 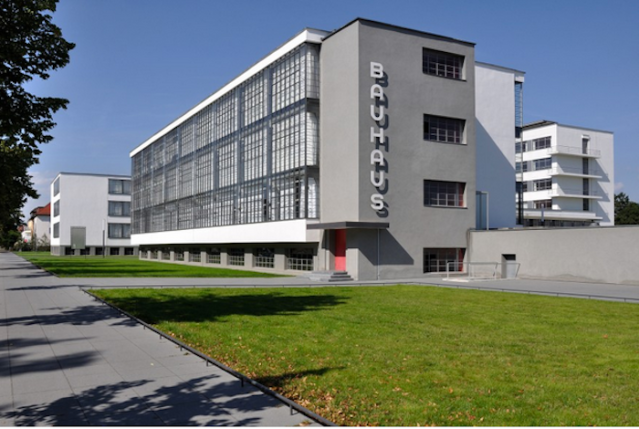 The Bauhaus school, in Dessau, founded 1919 in Weimar, Germany. (Architect)

Some might not realize that Aaron Betsky has added to his role as critic for Architect magazine that of director of Taliesin West, the architecture school founded in 1932 by Frank Lloyd Wright and his third wife, Olgivanna. Amid the centennial of the Bauhaus compound, where most concede that modern architecture was founded, Betsky has written a piece for Architect that seems just a bit rough on the old school.

Is that a twinge of jealousy I detect? In “What We Did Not Learn From the Bauhaus,” Betsky cannot resist comparing the Bauhaus to his Taliesin West. First, though, he erroneously locates their supposed roots in the arts and crafts movement – which emphasized hand-made artistic techniques and had nothing to do with modern architecture. (Check out, at bottom, the Red House, 1860, deemed by modernist historians to be a precursor to modern architecture.) Craft and its sensibility did not last long at the Bauhaus, and was jettisoned by Wright when he abandoned his Prairie Style for more modernistic design schemes. Then Betsky writes:

These schools often split into ones that were either more idealistic or more focused on production. If Taliesin developed into a program that mixed not only practice and academia, but also agriculture, cuisine, and performance art, the Bauhaus, under the direction of its second head, Walter Gropius, moved toward building stronger ties with industry.

Industry? Booo! Double-plus-bad! Idealism and craft, not industry and production, better reflect the slow-food Zeitgeist of our era, do they not? Betsky here tiptoes around the division that alienates many from modern architecture, which was then and remains today all about the metaphor of the machine. (It was never about genuine efficiency, let alone honesty.)

After accusing the Bauhaus school of focusing on “more and more (pseudo) scientific” methods (ouch!) of production design and standardized forms that were “somewhat affordable” (double ouch!), Betsky writes:

The Bauhaus technique of using analytic reduction to create standardized and mass-producible forms worked best in graphic design. Where it resolutely did not work was in what remained the core of the curriculum, namely architecture. Yet it was in this field that the Bauhaus had arguably its greatest influence. The “Bauhausler,” as the graduates and former faculty members came to be known, spread out across the world creating neither basic shapes nor standardized ones, but boxes clad in white stucco relieved by metal-sash windows that carried forward the designs Gropius had made for the Dessau school and its masters’ houses. The “Bauhaus style” became thus not a realization of its principles, but an imitation and elaboration of the building in which the school was housed.

You could have knocked me over with a feather when I read that. But just wait until you read Betsky’s next line:

Because this style was both expensive to execute [ouch squared!] and appeared highly refined, it developed into an emblem of the enlightened middle class. You can find the “purest” Bauhaus architecture in the villas dotting the hills above Zagreb and Prague, on the shores of Tel Aviv, or in the fancy and educated suburbs beyond.

And, after explaining how the real influence of the Bauhaus was in the “the manner in which the work was published in articles and books, and exhibited in photographs and models,” Betsky concludes:

What disappeared in that process was the notion that the Bauhaus was a place to learn about and change the world, a place to understand nature and science and create types and forms that would make all of our lives better. It is that work that I believe should still be at the core of those research and development laboratories for the future of the designed environment that we call architecture schools. We should all be Bauhausler, in the best sense of the world, while rejecting the nostalgic recall of the limited palette of forms, materials, and compositions that housed that particular school.

Enter the New Modern Architecture, soon to arise at your neighborhood architecture school, or, more likely, from two talented students at Betsky’s own Taliesin West, whose work is highlighted in photos amidst his article. Go and see what you think. It certainly can’t be accused of boxy. Enjoy! 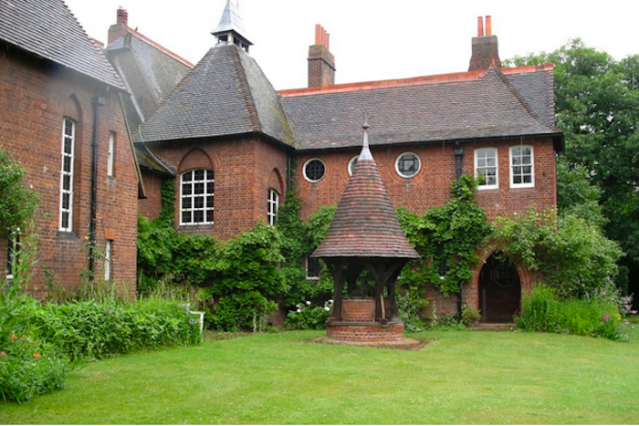 This blog was begun in 2009 as a feature of the Providence Journal, where I was on the editorial board and wrote a weekly column of architecture criticism for three decades. Architecture Here and There fights the style wars for classical architecture and against modern architecture, no holds barred. History Press asked me to write and in August 2017 published my first book, "Lost Providence." I am now writing my second book. My freelance writing on architecture and other topics addresses issues of design and culture locally and globally. I am a member of the board of the New England chapter of the Institute of Classical Architecture & Art, which bestowed an Arthur Ross Award on me in 2002. I work from Providence, R.I., where I live with my wife Victoria, my son Billy and our cat Gato. If you would like to employ my writing and editing to improve your work, please email me at my consultancy, dbrussat@gmail.com, or call 401.351.0457. Testimonial: "Your work is so wonderful - you now enter my mind and write what I would have written." - Nikos Salingaros, mathematician at the University of Texas, architectural theorist and author of many books.
View all posts by David Brussat →
This entry was posted in Architecture and tagged Aaron Betsky, American Institute of Architects, Architect Magazine, Arts & Crafts, Bauhaus, Frank Lloyd Wright, Taliesin West, Walter Gropius. Bookmark the permalink.

2 Responses to Betsky barks at the Bauhaus