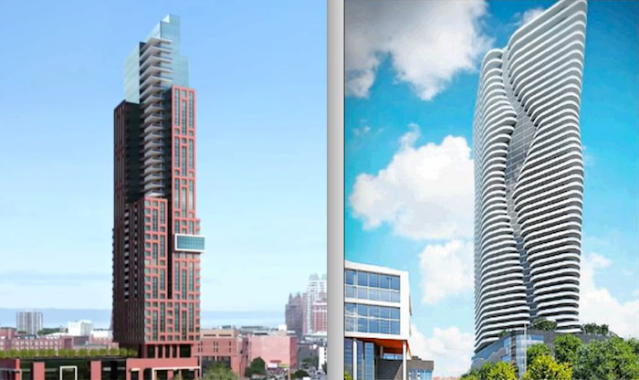 To the surprise of most observers, Mayor Elorza vetoed the Providence City Council’s approval last week of legislation to raise by a factor of six the 100-foot height limit on Parcel 42 of the Route 195 corridor. That legislation, a supposed go-ahead for the proposed Fane luxury tower, passed 9 to 5 last week, with one abstention, Council Chairman David Salvatore, who has opposed the project. Ten votes are required for the veto to be overridden, which must occur within 30 days.

So maybe Jorge Elorza’s veto will be difficult to override. I hope so. But each of the six council members capable of sustaining his veto will feel a lot of pressure to change their votes.

Even more surprising than the veto itself was the primary reason offered by the mayor for his action:

Given that this project would reshape our skyline and dramatically impact our streetscape, I made it clear both privately and publicly that the design of the building was my top priority. The developer has been unwilling to provide assurances that the city’s design recommendations would not be disregarded. As such, I have decided to veto this zoning change.

So far, so good. But what, if any, are his views on how the tower would “reshape our skyline and dramatically impact our streetscape”? Does he like the design or not? Or does the mayor merely want to make sure that his administration has a say in it? (No small concern, since at least one top state legislator wants to cut the capital city out of the design portfolio altogether.) Would he be satisfied if the Department of Planning and Development or the Downtown Design Review Commission tweaks the design just a bit this way or that way? Or does he really believe that the design of the building (as opposed to just its height) poses a major threat to the Providence skyline and streetscape? If so, then what kind of design does he have in mind? Would he be satisfied if Jason Fane switched back to his original design with its goofy Minion spectacles? Or does he think that the current design proposed by the developer (who has called our historic districts “cutesy”) actually does pose a threat to the city’s historical character because it does not fit in?

These are important questions in assessing Elorza’s veto and whether it is a political ploy or a reflection of the mayor’s deep understanding of what makes this city great. In Elorza’s letter to the City Council explaining the reasons for his veto, he wrote:

When I took office there was minimal development activity in our downtown and even less in our neighborhoods. Today, we have approximately 70 projects either completed, under construction, or in the pipeline. With more investment and development than we’ve seen in over a decade, Providence is a city on the rise.

As a growing and vibrant city, we see increasing interest from people who want to invest in our future.

Elorza makes a compelling case that Providence does not need the Fane tower either as a do-or-die project, without which our current building spree will grind to a halt, or as a symbol of the city as a great place to do business.

Maybe this current progress puts Providence in the catbird seat. No longer “beggars can’t be choosers,” maybe civic leaders can reasonably seek better projects than we’ve been getting. After all, the Fane tower is only a much taller, squigglier version of the ugly, sterile, building-as-machine metaphor that has been eroding the city’s historic character for decades. Maybe the mayor understands that for perhaps the first time in decades, Providence is in a position to demand that developers offer projects that will please the eye of the average citizen, not just its modernist-besotted design elites.

Our city has a quality of life most cities can only dream of, and much of that quality is grounded in its still-dominant fabric of traditional architecture, not yet torn down and replaced with junk as in most cities. But it is going, and it is going fast. If some mayor does not put his foot down soon, it will be gone before we realize it, and then we can kiss it good-bye.

Please, Mr. Mayor, you have been brave, but you must also be smart. Explain the importance of your veto. It is not just a ploy to retain a sliver of design authority. It is the first step in the salvation of this city’s future, a future that will not be secure if a first step is not taken soon. With its financial, fiscal and other woes, Providence needs major investment and growth if it is to sustain a competitive advantage that the Fanes of this world do not understand, and which a Fane tower will not bring. Our beauty leaves other cities in the dust and could, if embraced and put in high gear, add jet packs to our economy. If Providence will only take the easy and free step of ensuring that development projects strengthen rather than undermine our historical character – our brand – this city can write its own ticket.

This blog was begun in 2009 as a feature of the Providence Journal, where I was on the editorial board and wrote a weekly column of architecture criticism for three decades. Architecture Here and There fights the style wars for classical architecture and against modern architecture, no holds barred. History Press asked me to write and in August 2017 published my first book, "Lost Providence." I am now writing my second book. My freelance writing on architecture and other topics addresses issues of design and culture locally and globally. I am a member of the board of the New England chapter of the Institute of Classical Architecture & Art, which bestowed an Arthur Ross Award on me in 2002. I work from Providence, R.I., where I live with my wife Victoria, my son Billy and our cat Gato. If you would like to employ my writing and editing to improve your work, please email me at my consultancy, dbrussat@gmail.com, or call 401.351.0457. Testimonial: "Your work is so wonderful - you now enter my mind and write what I would have written." - Nikos Salingaros, mathematician at the University of Texas, architectural theorist and author of many books.
View all posts by David Brussat →
This entry was posted in Architecture, Development, Providence Journal and tagged David Salvatore, Fane Tower, Historic Preservation, Jorge Elorza, Mayor Elorza, Modern Architecture, Providence RI, Urban Planning. Bookmark the permalink.