Seek the bottom of beauty 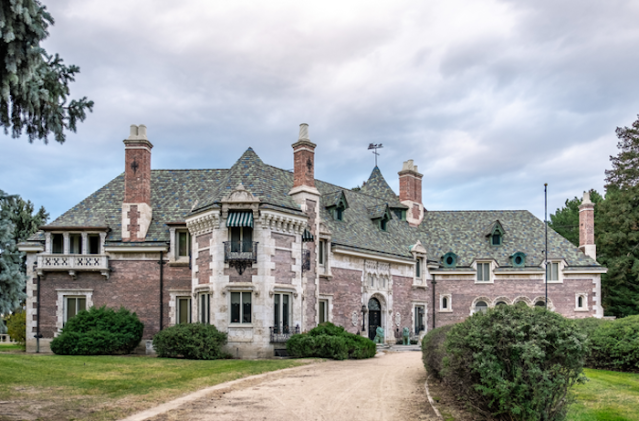 The headline of Joanne Ostrow’s article in the Denver Sun got my attention:

“Is Denver’s contemporary architecture killing us?”

Leaving aside that Denverites are not the only victims of modern architecture, the answer offered to Ostrow by the subject of her article, Denver architect Don Ruggles, founder of its Ruggles Mabe Studios, is yes. Ostrow states that “Ruggles worries that the odd angles and sharp points meant to excite are also causing neuroaesthetic problems. ‘This is a public-health issue, not a style issue.’ ”

I started reading the article and was swept up immediately. Ruggles, it seems, is among a growing number of design theorists investigating a phenomenon regarding biology and architecture that I’ve been writing about for several years now. Ruggles described to Ostrow his claim,

with support from neuroscience, that the human brain seeks certain timeless patterns without which we lack equilibrium and a sense of well-being. Freaky, fun, unusual designs may excite, but they also agitate and upset.

Prof. Nikos Salingaros, a mathematician and theorist at the University of Texas, San Antonio, has been writing about the disorienting qualities of modern architecture and its roots in neurobiology. Ann Sussman is an architect and researcher in Massachusetts who uses eye-tracking technology to follow the brain’s behavior as it reflects the approach/avoidance reaction to buildings that Ruggles reveals to Ostrow in this article, and in his book Beauty, Neuroscience and Architecture (University of Colorado Press). Both have been pathbreakers in the neuroscience of architecture.

Boy, was I glad to have stumbled across another fellow traveler!

House across street from mansion above. (Denver Sun)

Then, however, as I reached toward the end of Ostrow’s article, Ruggles threw cold water on my happiness. He admires the house atop this post and argues next that the modernist house across the street is ugly. Fine! But then he criticizes the sinister-looking Hamilton wing of the Denver Art Museum, by Daniel Libeskind while admiring its neighbor, the Clyfford Still Museum, as “firmly rooted and calming,” though it looks like a Neo-Brutalist retread – and then says the two balance each other nicely. Huh?

In Ostrow’s article, Ruggles’s remarks are followed by quotes from a gaggle of modernists who bemoan his infatuation with the word beauty and his (initially apparent) preference for traditional architecture. Ruggles gets no credit, however, for suggesting that modernist buildings can be deemed beautiful within the ambit of his thesis, which mostly involves nine-square patterns that may be drawn upon the facades or plans of the buildings he considers beautiful. This reminds me of another book I read years ago by a writer who used slanted lines to reveal a building’s proportions, or something like that. (I must add that Ruggles’s firm’s architecture is beautiful, mostly.)

I have just dipped my toe into Don Ruggles’s thinking. His book is next to me. I will read it and try to figure out where he is coming from.

Hamilton wing of the Denver Museum of Art. (wheretraveler) 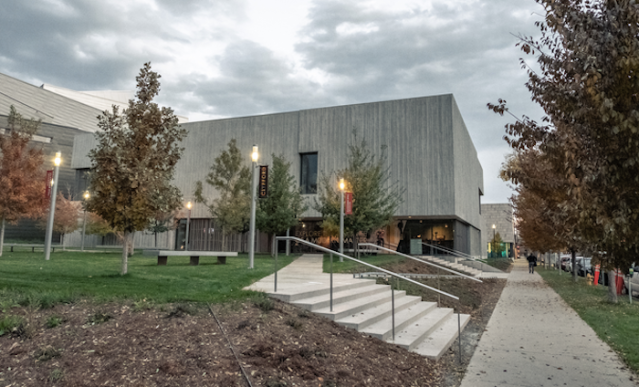 This blog was begun in 2009 as a feature of the Providence Journal, where I was on the editorial board and wrote a weekly column of architecture criticism for three decades. Architecture Here and There fights the style wars for classical architecture and against modern architecture, no holds barred. History Press asked me to write and in August 2017 published my first book, "Lost Providence." I am now writing my second book. My freelance writing on architecture and other topics addresses issues of design and culture locally and globally. I am a member of the board of the New England chapter of the Institute of Classical Architecture & Art, which bestowed an Arthur Ross Award on me in 2002. I work from Providence, R.I., where I live with my wife Victoria, my son Billy and our cat Gato. If you would like to employ my writing and editing to improve your work, please email me at my consultancy, dbrussat@gmail.com, or call 401.351.0457. Testimonial: "Your work is so wonderful - you now enter my mind and write what I would have written." - Nikos Salingaros, mathematician at the University of Texas, architectural theorist and author of many books.
View all posts by David Brussat →
This entry was posted in Architecture and tagged Ann Sussman, Beauty, Denver CO, Denver Sun, Don Ruggles, Joanne Ostrow, Nikos Salingaros, Ruggles Mabe Studios. Bookmark the permalink.

1 Response to Seek the bottom of beauty