Assault on history at Brown

This afternoon, Providence’s City Plan Commission heard Brown University officials propose to move one and raze four historic buildings to make way for a new performing arts center with a concert hall rumored large enough to swallow the nearby Granoff Center (the one that looks like a broken accordian).

At a public hearing where nobody spoke in favor of Brown’s proposal, Brent Runyon, director of the Providence Preservation Society, who provided the foregoing factoid, chided the school for failing to protect the historic character of College Hill. Ray Rickman, a historian and former state representative, noted that Jacqueline Kennedy urged her son John to attend Brown because College Hill was lovelier than the Cambridge setting of Harvard. While at Brown, John-John lived in Knowles Row, at 155 Benefit St., an apartment with a window overlooking Geoff’s, where I’ve been enjoying the Juicy Brucie Lucie for three decades. (Ray has a sandwich named in his honor, the Rickman’s Reuben, but the president’s son? Nada.)

A couple of dozen members of the public spoke eloquently against razing the four buildings, and at the lack of parking for the performance center, but only one expressed dismay at its likely design by the New York City firm REX, led by Joshua Prince-Ramus, who formed REX after leaving OMA, the Office for Metropolitan Architecture, the Dutch firm founded by the eternally flatulent Rem Koolhaas. Prince-Ramus retained, among other things, his mentor’s love for designs that kick the local setting in the teeth.

True or false: Brown’s leadership, for all the millions the school has spent preserving its historic architectural patrimony, really cares less about that than about hiring celebrity architects to burnish Brown’s reputation as the hippest Ivy.

We are about to find out.

All five buildings at risk here are more important, more historic, more beautiful than the couple dozen or so old houses Brown has razed in recent years.* Despite the institutional zone that gives Brown more latitude on its campus, city zoning and comprehensive plans mandate that development must respect the historic character of the neighborhoods of the city. The evaporation of these five closely knit historic buildings on Waterman and Angell streets would gouge an irreparable hole in the fabric of College Hill along the east and west corridors used by many thousands of Rhode Islanders every day, not to mention local residents – including students and workers at Brown itself.

In his remarks, Armory Revival Co.’s Mark Van Noppen told the commission that “ordinances seem clearly to state that this should not be approved.”

The commission appeared to have been influenced by the combination of passion and expertise from those who spoke. Commission member Harry Bilodeau started to make a motion that Brown’s proposal (in the form of an amendment to its institutional plan) be rejected. A commission staffer suggested that a motion harder for Brown to challenge would need time to confirm the many objections voiced by the public. Brown was asked to table its proposal until the next CPC meeting on Jan. 16. Seeing which way the wind was blowing, Brown agreed.

The public hearing would also resume at that meeting. It’s likely that anger will grow as more Rhode Islander’s learn of this planned desecration of their history – an anger that ought to rise equally high in the gorge of the university community itself, especially its leadership.

Surely Brown can think of a better idea than demolishing beautiful buildings. There are a good number of places for Brown to build a new performance center, which virtually nobody denies Brown needs. One workable site might be the waterfront location of its own current School of Professional Studies, in the Jewelry District. It is near where most Brown development has occurred in recent years, and, unlike the currently proposed site, there are places to park. Think about it, Brown.

* That’s not including the four beautiful buildings demolished to make way for Brown’s new engineering facility on Brook Street, which I neglected to mention in the original version of this blog post.

Pictured with this post are the five buildings at risk of demolition. One of them, Norwood House at 82 Waterman, might be moved. It is the bottom photo. 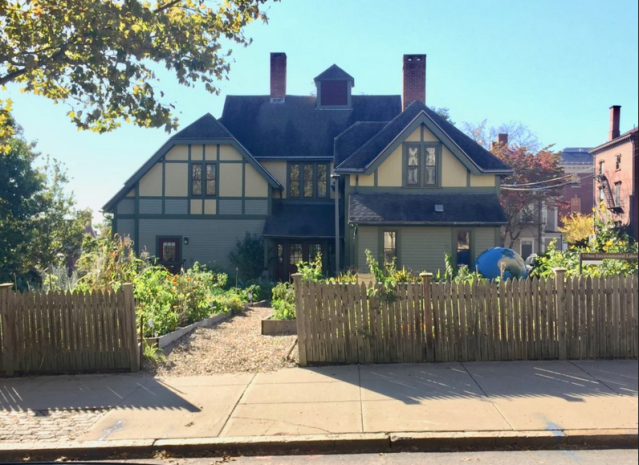 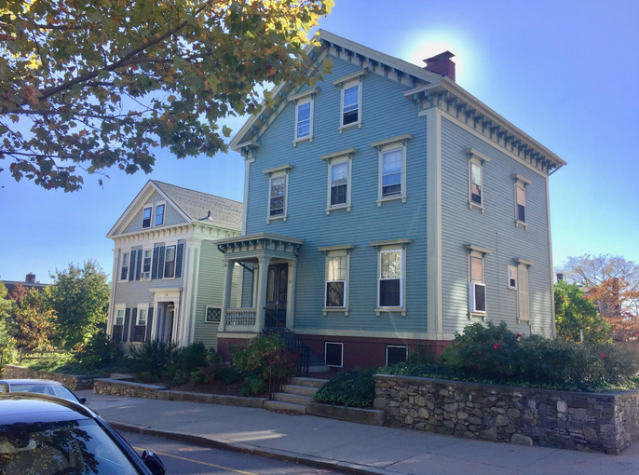 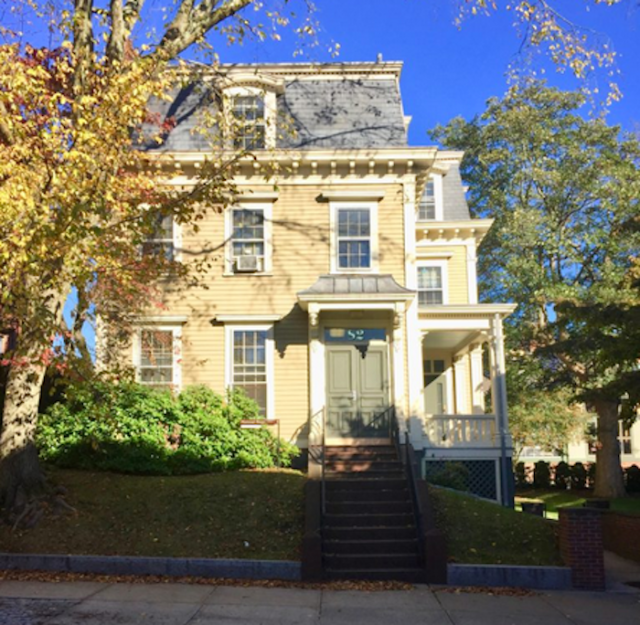 This blog was begun in 2009 as a feature of the Providence Journal, where I was on the editorial board and wrote a weekly column of architecture criticism for three decades. Architecture Here and There fights the style wars for classical architecture and against modern architecture, no holds barred. History Press asked me to write and in August 2017 published my first book, "Lost Providence." I am now writing my second book. My freelance writing on architecture and other topics addresses issues of design and culture locally and globally. I am a member of the board of the New England chapter of the Institute of Classical Architecture & Art, which bestowed an Arthur Ross Award on me in 2002. I work from Providence, R.I., where I live with my wife Victoria, my son Billy and our cat Gato. If you would like to employ my writing and editing to improve your work, please email me at my consultancy, dbrussat@gmail.com, or call 401.351.0457. Testimonial: "Your work is so wonderful - you now enter my mind and write what I would have written." - Nikos Salingaros, mathematician at the University of Texas, architectural theorist and author of many books.
View all posts by David Brussat →
This entry was posted in Architecture, Preservation and tagged Brown University, City Plan Commission, College Hill, Demolition, Harrison Bilodeau, Mark van Noppen, Providence Preservation Society, Providence RI, Ray Rickman, Urban Environmental Lab. Bookmark the permalink.

15 Responses to Assault on history at Brown