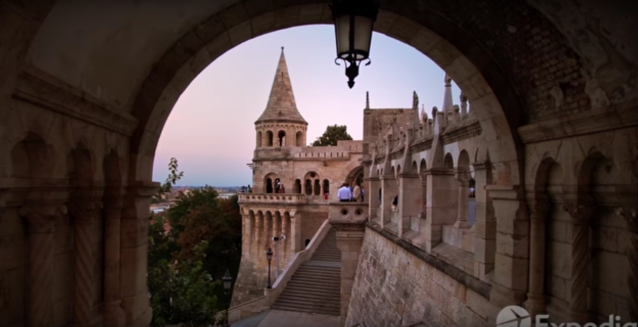 Budapest was listed No. 60 out of 80 cities ranked by “elegance” in the survey of the world’s top elegant cities by the international marketing firm Zalando (see my last post, “Beauty vs. elegance in cities“). Tel Aviv, famed for its early modern architecture, was ranked 59th. This tells us all we need to know about the survey. Even the architecture of fabulously beautiful Budapest ranked low – although that of Tel Aviv ranked even lower. The takeaway from that survey was: please don’t confuse elegance with beauty!

So here is one of Expedia’s generally well-done travel videos, on Budapest. Since there is so much beauty, the videographer seemed to feel obliged to speed through the city’s sights and left most of the lingering closeups I like so much on the cutting room floor. Also, I would rather its narrator had spoken English with at least something of a Hungarian accent. That would probably have pleased my dear mother-in-law, Agnes. But at least the video was almost wholly free of modern architecture, except for a few buildings on the edges that the camera was unable to avoid. In the screenshots collected with this post I have featured scenes through arches and colonnades, plus a series of shots of the city’s fabled public swimming pools.

Full disclosure: My wife, Victoria Somlo, is of full Hungarian descent and I am a quarter Hungarian, but my bias is purely aesthetic. I hope we can visit the city someday.

(By the way, the link to the Expedia video of Budapest begins a chain of Expedia videos that takes you to Vienna, Salzburg, Prague, Manchester, Liverpool, London, Paris, Rome, Venice and I don’t know how many others, all exquisitely well made – except, I’d say, for Manchester and Liverpool, whose editors did not leave as much modern architecture on the cutting room floor as the others did.) 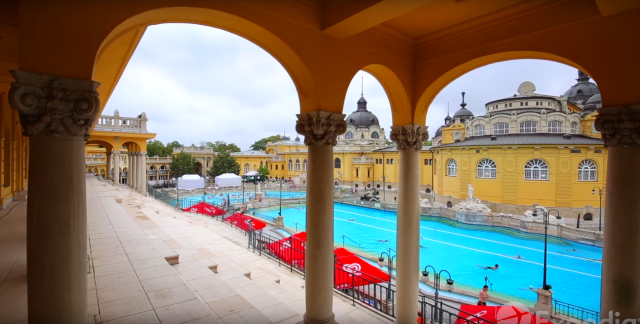 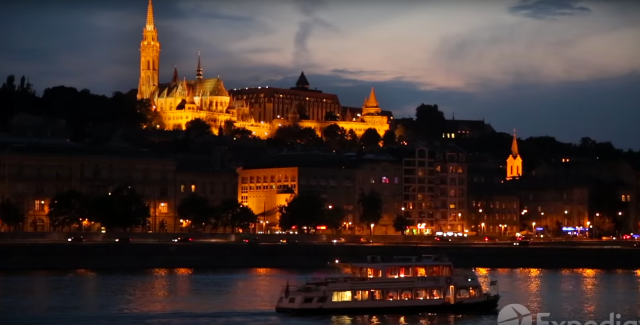 This blog was begun in 2009 as a feature of the Providence Journal, where I was on the editorial board and wrote a weekly column of architecture criticism for three decades. Architecture Here and There fights the style wars for classical architecture and against modern architecture, no holds barred. History Press asked me to write and in August 2017 published my first book, "Lost Providence." I am now writing my second book. My freelance writing on architecture and other topics addresses issues of design and culture locally and globally. I am a member of the board of the New England chapter of the Institute of Classical Architecture & Art, which bestowed an Arthur Ross Award on me in 2002. I work from Providence, R.I., where I live with my wife Victoria, my son Billy and our cat Gato. If you would like to employ my writing and editing to improve your work, please email me at my consultancy, dbrussat@gmail.com, or call 401.351.0457. Testimonial: "Your work is so wonderful - you now enter my mind and write what I would have written." - Nikos Salingaros, mathematician at the University of Texas, architectural theorist and author of many books.
View all posts by David Brussat →
This entry was posted in Architecture, Video and tagged Beauty, Budapest, Expedia, Hungary, Swimming Pools, Tel Aviv, Top Elegant Cities, Video, Zalando. Bookmark the permalink.

4 Responses to Nine minutes in Budapest