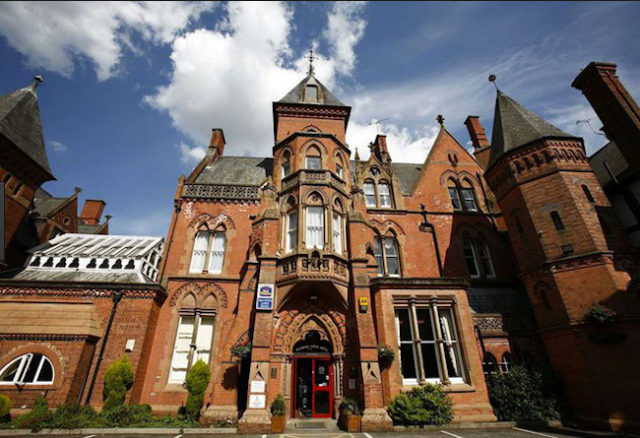 Victorian architecture, seen as the architecture of the long reign of Queen Victoria, shows the absurdity of those who claim that Victorian styles fell out of favor during the 1950s and ’60s, as many observers attest, modernist and otherwise. My suspicion, unprovable, is that Victorian architecture truly lost popularity only among architectural historians with a modernist bent. Many others who don’t disdain historical styles also say Victorian went out of style among the public. I think they say that because that’s what they’ve heard or were taught to believe in schools of architecture.

So now I am reading Victorian Architecture by Roger Dixon and Stefan Muthesius, published in 1978. Their account only deepens my suspicion that Victorian architecture has been steadily popular among most people from the Victorian era onward. Some who maintain the reverse are thinking of “painted lady” Victorians – after many of those old houses went without care and repair in America during the Depression and World War II. To argue that the broader Victorian age styles suffered a loss of esteem is to argue that every style that predates modernism suffered a loss of esteem. Not so.

Victorian architecture was a series of revivals of prior styles – Gothic, Georgian, Tudor, Baroque, Classical, or, casting a broader net, Vernacular, Picturesque, what have you. So to assert a widespread attitude against Victorian architecture in the midcentry-modern years is to play into the hands of modernists. Modernists believe that historical styles – especially contemporary architecture inspired by the past – are illegitimate because modern architecture alone truly reflects the modern era. It is clear that such an attitude cannot “get along” with any attitude classicists embrace.

There is a curious passage in the introduction to Victorian Architecture where the authors react to an earlier book about Victorian architecture:

Some critics argued that a new style could and should be “invented.” Terms such as “novelty,” “modern style” and even “Victorian style” were used, mainly in the 1840s and 1850s, when the discussion was at its height. However, these attempts were not considered intellectually respectable by the major practitioners. The relatively little-known architect Thomas Harris (1830-1900), when he published Victorian Architecture in 1860, was soon put in his place by critics who pointed out that his architecture was merely a mixture of known revival styles.

The authors of this Victorian Architecture probably smiled when they wrote that, because that’s precisely what they believe – at least up to page 53.

As you read through their book, you find that, layered into any honest description of Victorian architecture, is its deep relationship with tradition. The problem for architectural historians who classify historical architecture into “periods” is that each period has more in common with the periods it follows and those it precedes than the differences that historians like to pull their chins about. But architecture is a continuum of stylistic evolution, not a string of segregated styles. “Oh, this old building is important because it is a precursor to modern architecture!” they like to say, citing, perhaps, a large plate glass window – when in fact a lot of pre-modernist architecture had large windows, including some of plate glass. (See the photo above.)

I have not read very far into Victorian Architecture, but if authors Dixon and Muthesius turn out to be your standard-issue architectural historians, I will let you know, quoting chapter and verse.

This blog was begun in 2009 as a feature of the Providence Journal, where I was on the editorial board and wrote a weekly column of architecture criticism for three decades. Architecture Here and There fights the style wars for classical architecture and against modern architecture, no holds barred. History Press asked me to write and in August 2017 published my first book, "Lost Providence." I am now writing my second book. My freelance writing on architecture and other topics addresses issues of design and culture locally and globally. I am a member of the board of the New England chapter of the Institute of Classical Architecture & Art, which bestowed an Arthur Ross Award on me in 2002. I work from Providence, R.I., where I live with my wife Victoria, my son Billy and our cat Gato. If you would like to employ my writing and editing to improve your work, please email me at my consultancy, dbrussat@gmail.com, or call 401.351.0457. Testimonial: "Your work is so wonderful - you now enter my mind and write what I would have written." - Nikos Salingaros, mathematician at the University of Texas, architectural theorist and author of many books.
View all posts by David Brussat →
This entry was posted in Architecture, Architecture History and tagged Architectural Style, Queen Victoria, Roger Dixon, Stefan Muthesius, Style Wars, Victorian Architecture. Bookmark the permalink.

2 Responses to Among ye olde Victorians