View of downtown Providence from roof terrace of Peerless Building. (Screenshot of video)

Yesterday’s tour of downtown apartments highlighted just how Providence is ramping up for an influx of new residents with money for relatively high rents. The sheer number of units coming on line now and in the near future suggests both an expanding market for downtown living and an expectation of more. All of the apartments on the tour are rental units. At some point, the market indicators that apparently prevent them from going condo will shift, though there are condos available in the residential towers of Capital Center. The expanding market does, however, suggest an eventual downward pressure on rents – not lower rents, necessarily, but weaker upward pressure on rents. Still, lower rents will show up if new jobs in the innovation district along the 195 corridor don’t, or show up less robustly than hoped.

The tour, hosted by the Providence Foundation and the Providence Downtown Improvement District, featured an itinerary of 11 buildings. Here are a host of photos from that tour. Not all of the buildings are represented, and the shots do a poor job of characterizing the apartments. Most are shots of the view from the windows. There was a wide variety in the sizes of the apartments, the quality of their layout and the extent of the historic features retained, such as moldings. I apologize for not labeling the shots. Identifying them reliably from the window views turned into a brain-twister after I lost confidence in the “order” in which they were uploaded onto my computer.

The buildings on the tour are listed in my post from Thursday, “Saturday’s downtown living tour.” Fortunately, the website downtownprovidence.com offers a list of buildings you can click on to learn more details about the apartments, the landlords and the leasing operations. Bringing up the rear down below are a video of an apartment in the Peerless Building and another from its roof terrace. Enjoy! 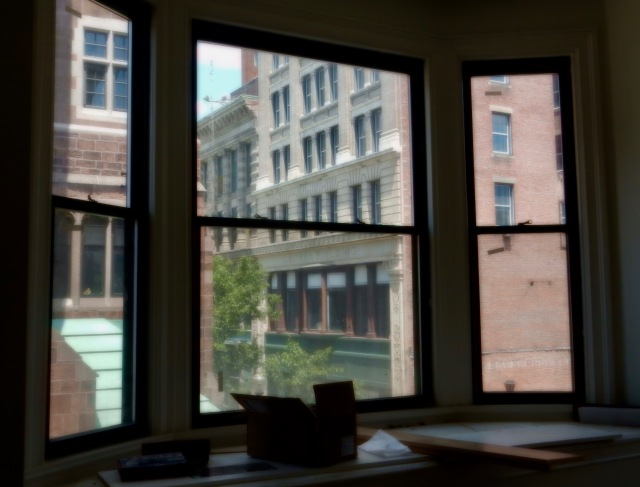 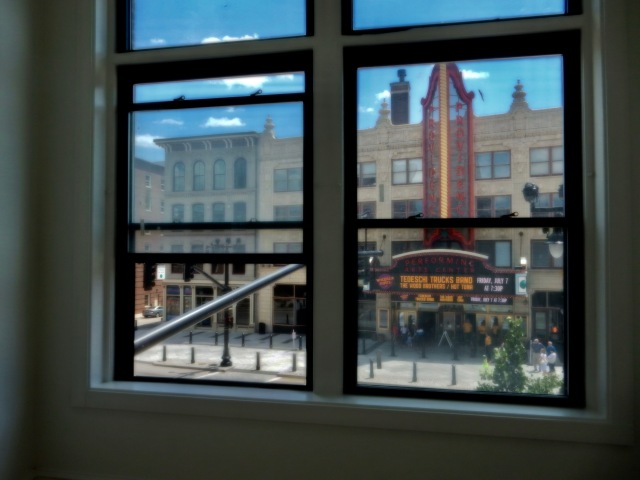 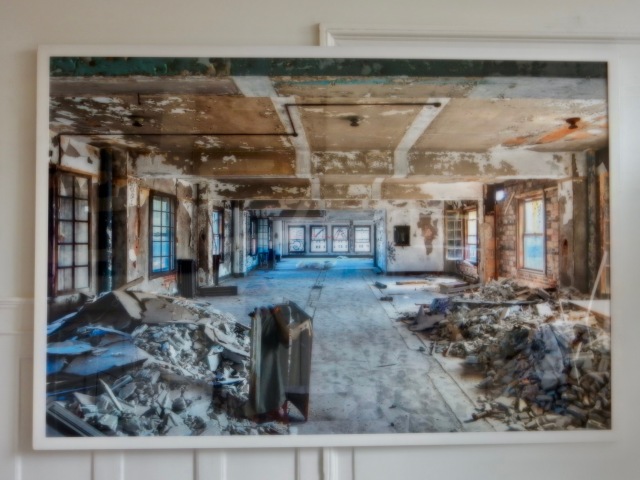 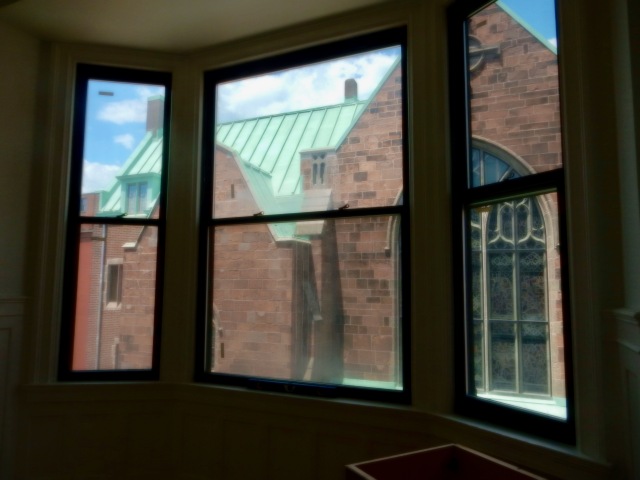 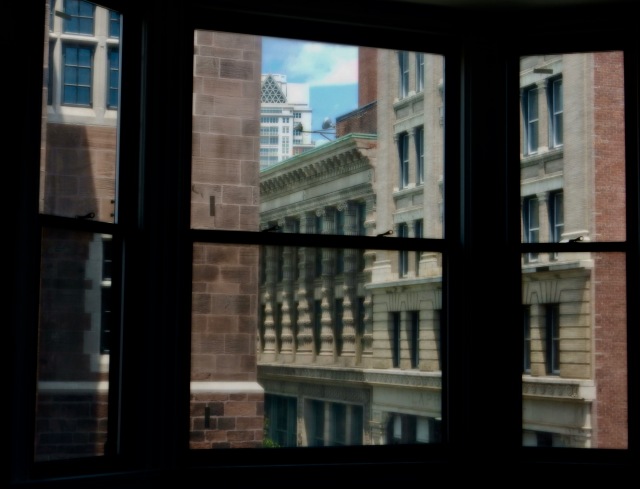 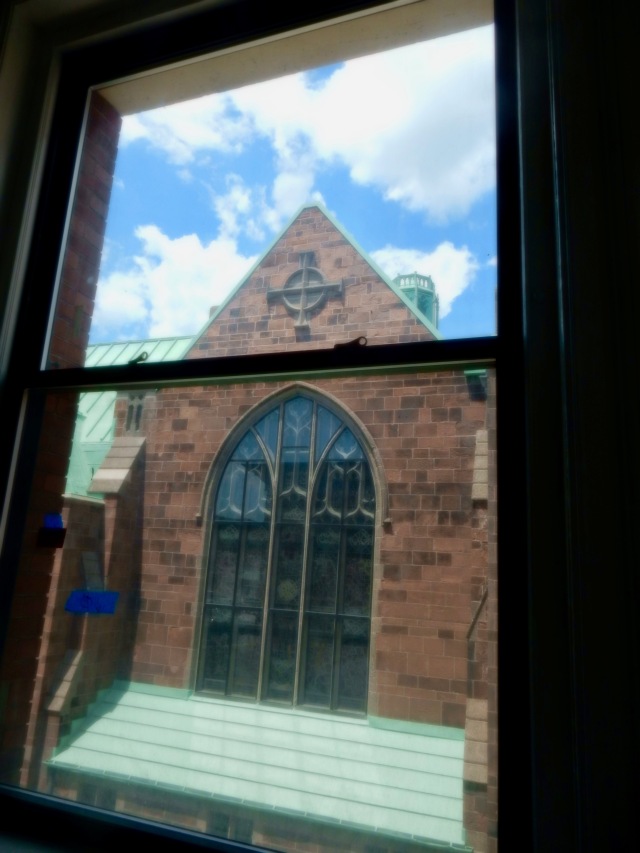 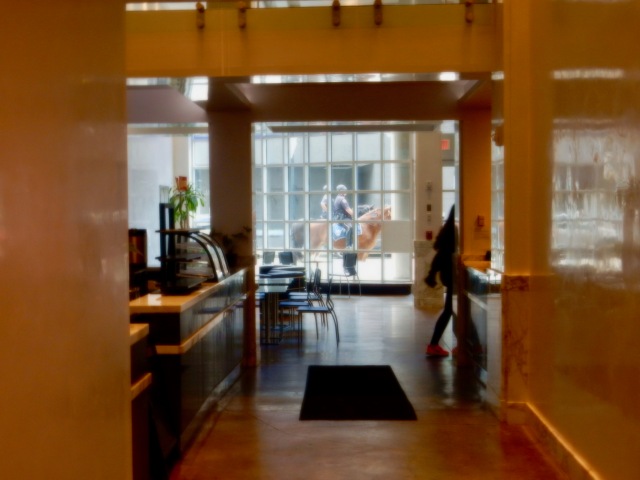 This blog was begun in 2009 as a feature of the Providence Journal, where I was on the editorial board and wrote a weekly column of architecture criticism for three decades. Architecture Here and There fights the style wars for classical architecture and against modern architecture, no holds barred. History Press asked me to write and in August 2017 published my first book, "Lost Providence." I am now writing my second book. My freelance writing on architecture and other topics addresses issues of design and culture locally and globally. I am a member of the board of the New England chapter of the Institute of Classical Architecture & Art, which bestowed an Arthur Ross Award on me in 2002. I work from Providence, R.I., where I live with my wife Victoria, my son Billy and our cat Gato. If you would like to employ my writing and editing to improve your work, please email me at my consultancy, dbrussat@gmail.com, or call 401.351.0457. Testimonial: "Your work is so wonderful - you now enter my mind and write what I would have written." - Nikos Salingaros, mathematician at the University of Texas, architectural theorist and author of many books.
View all posts by David Brussat →
This entry was posted in Development, Providence and tagged Apartment Living, Downtown, Joelle Kanter, Providence Downtown Improvement District, Providence Foundation, Providence RI, Urban Planning. Bookmark the permalink.