The apotheosis of Ong-ard 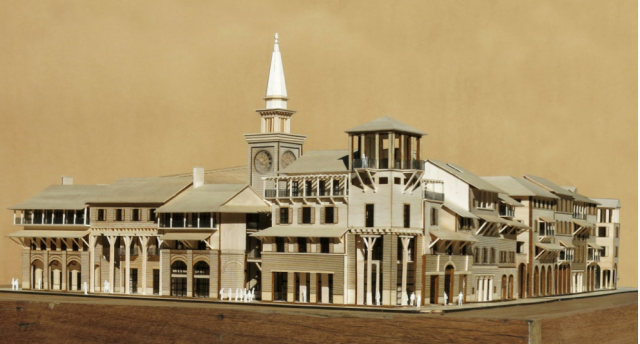 On Friday the top of my post “AD’s 24 ugliest skyscrapers” featured the Elephant Building, in Bangkok. Shortly after, Leon Krier left a comment informing me that the building’s architect, Ong-ard Satabrandhu, had had a Road to Damascus experience after designing it, and turned away from his modernist work, toward design that delves deeply and delightfully into Thai architectural tradition.

In an email Krier included a link to some illustrations, one of which is atop this post. No modern architect would ever assemble anything so enchanting. It would be beyond his power. That Ong-ard’s website is hard to get around indicates that he has not altogether chucked his modernist tendencies (mod- ernists also dislike putting the front door where it can be seen). Still, a search for descriptive material about his work (in English) rewards the effort. I en- joyed finally arriving at its “Profile” section, with its photo of the architect next to a table full of models of his work (see below). Then I found this:

Incidentally, Colin Rowe — Ong-ard’s esteemed professor at Cornell — wrote the well-known treatise “The Mathematics of the Ideal Villa” (1947), a text that discusses architectural and organizational similarities in the works of Palladio and Le Corbusier.

Well, we won’t hold that against Ong-ard. There is no similarity worth noting between La Rotonda (by Palladio) and the Villa Savoye (by Le Corbusier). Perhaps Rowe concludes that there are no such similarities – ha! – except that maybe they both preferred to use pencils. Who knows. Maybe the au- thor of this profile of Ong-ard inserted the paean to Rowe without permis- sion, and Ong-ard hadn’t the heart to chastise the perp. Or perhaps his Rowe fixation latched onto him during his Elephant Building period and he has had too much work to find time to give it the boot. Many fine architects have a hard time letting go of their teachers’ fondest theories, however misguided.

But soon I came across the following, and my thoughts about this architect, so new to me, floated back up into the clouds:

What Ong-ard discovered through his research — using drawing and photography, techniques that are almost entirely visual and not just historical or especially academic—is that certain attributes of clarity, modesty, proportion, scale, and repeated building elements are shared by most of his sources of inspiration. In other words what this quiet, talented architect found in these examples and seeks in his own work are attributes that seem to render the ego of the architect almost invisible or anonymous as if the works emerged almost without effort, from their place and situation. Such effortlessness was known in Italy, in the day of Palladio, as Sprezzatura, making the difficult seem easy.

It is very rare to find an architect who has come to his senses during his career. Ong-ard has published a book of his work, A Tradition of Serenity. Here is its forward by Leon Krier, who emphasizes the difficulty of escaping the modernist establishment even in the world’s most distant outposts. I will post some evidence of this below. Enjoy. 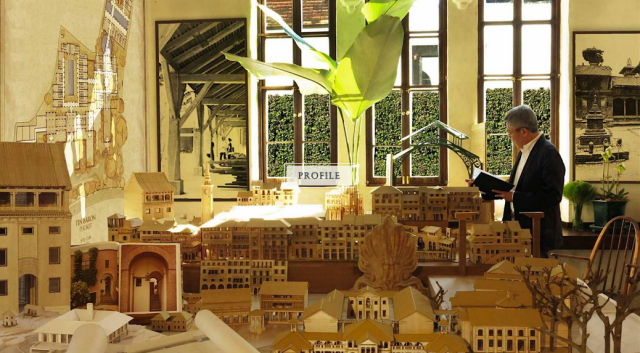 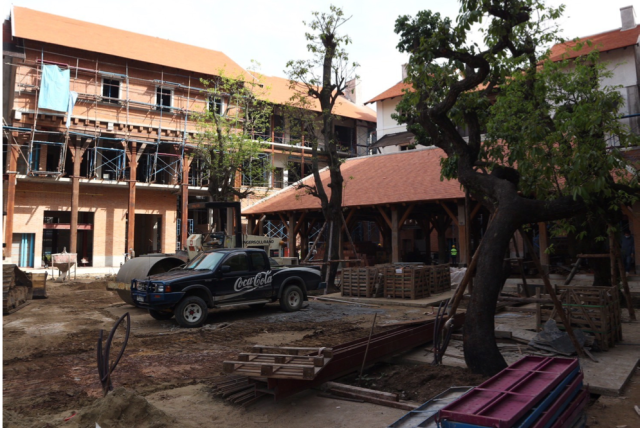 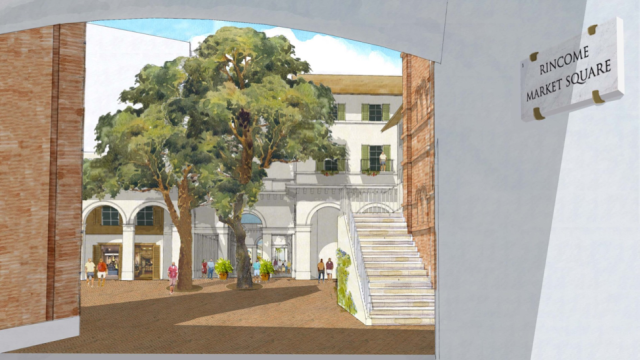 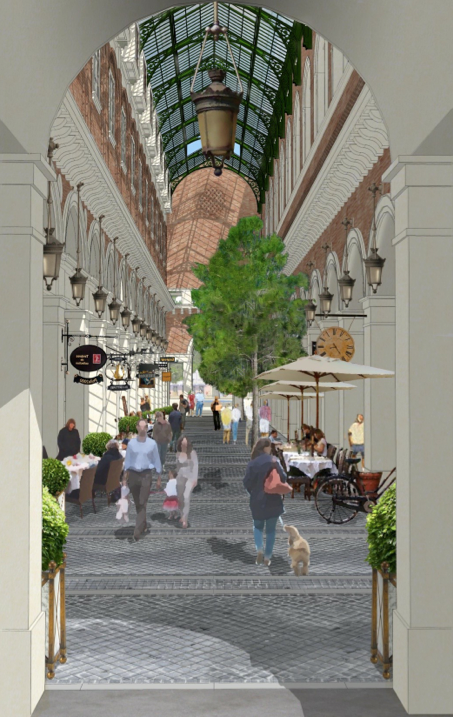 This blog was begun in 2009 as a feature of the Providence Journal, where I was on the editorial board and wrote a weekly column of architecture criticism for three decades. Architecture Here and There fights the style wars for classical architecture and against modern architecture, no holds barred. History Press asked me to write and in August 2017 published my first book, "Lost Providence." I am now writing my second book. My freelance writing on architecture and other topics addresses issues of design and culture locally and globally. I am a member of the board of the New England chapter of the Institute of Classical Architecture & Art, which bestowed an Arthur Ross Award on me in 2002. I work from Providence, R.I., where I live with my wife Victoria, my son Billy and our cat Gato. If you would like to employ my writing and editing to improve your work, please email me at my consultancy, dbrussat@gmail.com, or call 401.351.0457. Testimonial: "Your work is so wonderful - you now enter my mind and write what I would have written." - Nikos Salingaros, mathematician at the University of Texas, architectural theorist and author of many books.
View all posts by David Brussat →
This entry was posted in Architecture and tagged Colin Rowe, Elephant Building, Leon Krier, Modern Architecture, Ong-ard Satabrandhu, Thailand. Bookmark the permalink.

3 Responses to The apotheosis of Ong-ard