The Russian classicist Maxim Atayants’s winning entry in a 2014 competition to design a new judicial quarter in St. Petersburg for the supreme court to be relocated from Moscow was, according to architectural blogger Peter Keller, revoked a year ago. I have changed this post to reflect that fact. The new architect proposes a modernist design. This nullifies a hopeful post I wrote two years ago about Atayants’s proposal, “Potemkin justice for Russia?”

Here is Kellow’s reporting from his Traditional Architecture World blog a year ago:

In a major blow to traditional architecture, the choice as winning design by Maxim Atayants for the new Russian Federation Supreme Court in a competition has been revoked. This decision has been taken by the chairman of the Administrative Department of the President of the Russian Federation. Although this is a department directly under President Putin, it is my understanding that this decision was not taken by Putin himself, who is not very interested in architecture, but by the present chairman of the department, who took over in May 2014. It remains to be seen if there is an outcry sufficient to alter this decision. The design by architect Yevgeny Gerasimov of the replacement Supreme Court is lamentable.

Still, the beauty of Atayants’s proposal ennobles it into eternity. Its rejection paints a snarl on Russian society’s pretension to art. More renderings of his project are at Andrew Cusack’s website. A lecture by Atayants on this video, “Making a New Classical Urban Fabric,” discusses some of his other projects, including an athletes’ quarter for the Sochi Winter Olympics that has now become a ski resort. There are lots of fine images here of work planned, that same work built, and other work planned or built. Some of those images I have placed below.

Atayants seems like a mild-mannered fellow, although the successful Russian architect and developer will, in this day and age, raise some eyebrows simply by who he is. And of course one must assume that since this sort of thing is happening in Russia, it must, in spite of his judicial quarter’s rejection, have the approval of Vlad the Impaler Putin. 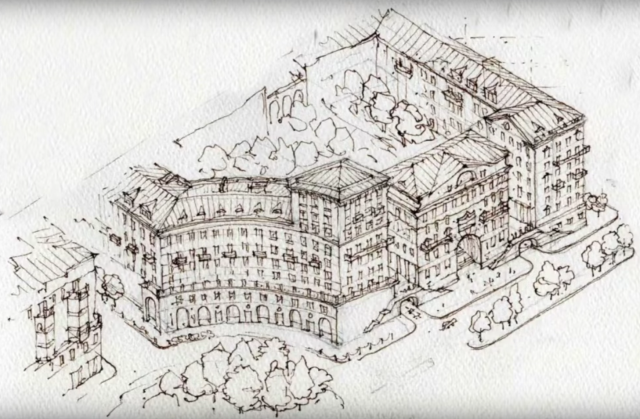 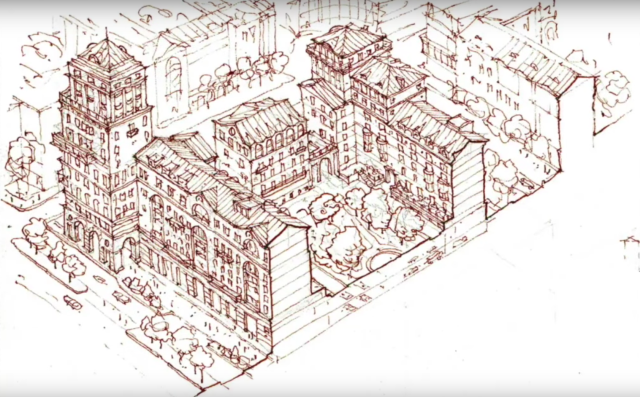 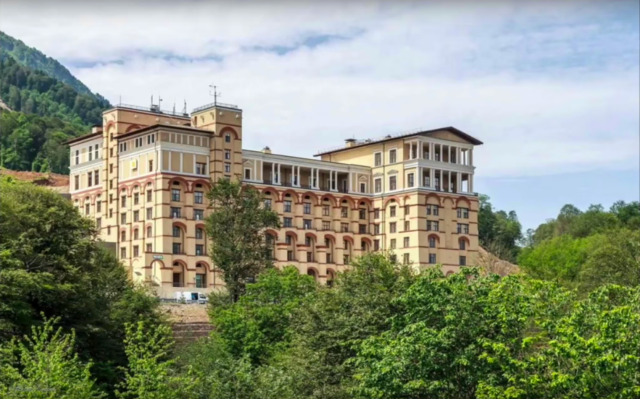 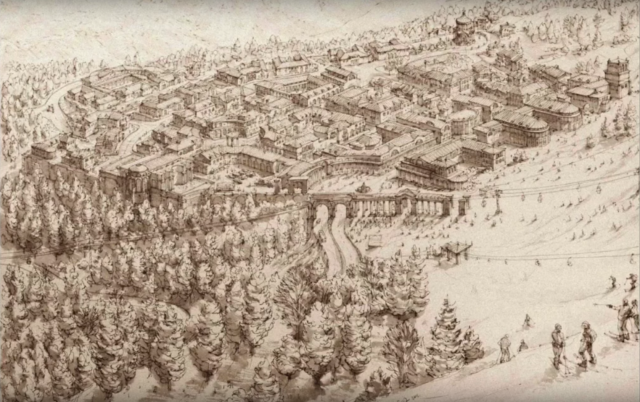 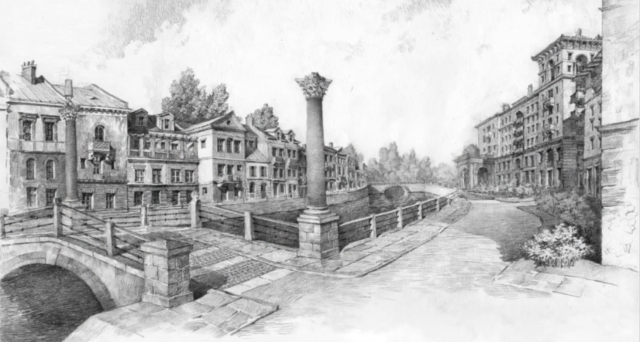 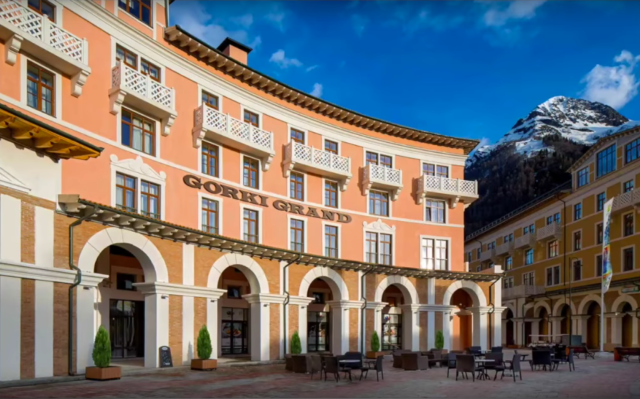 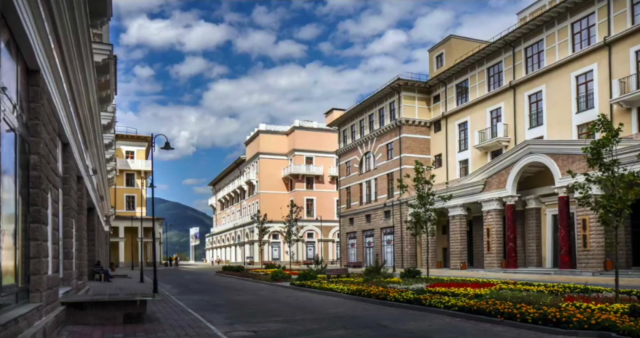 [Note: Peter Keller warned me last night via a comment that his sources in Russia say that Maxim Atayants’s winning entry to design the new judicial quarter in St. Petersburg was subsequently rejected, and that another architect has the job. Peter has sent me by email a confirmation of this. The construction industry article I quoted, now removed, did NOT confirm that Atayants’s proposal is moving forward: my error in leaning too much on Google and not reading the article closely enough. I urge anyone with knowledge that adds to Peter’s account to please send it along. I will do a post on this sad turn of events a year ago.]

This blog was begun in 2009 as a feature of the Providence Journal, where I was on the editorial board and wrote a weekly column of architecture criticism for three decades. Architecture Here and There fights the style wars for classical architecture and against modern architecture, no holds barred. History Press asked me to write and in August 2017 published my first book, "Lost Providence." I am now writing my second book. My freelance writing on architecture and other topics addresses issues of design and culture locally and globally. I am a member of the board of the New England chapter of the Institute of Classical Architecture & Art, which bestowed an Arthur Ross Award on me in 2002. I work from Providence, R.I., where I live with my wife Victoria, my son Billy and our cat Gato. If you would like to employ my writing and editing to improve your work, please email me at my consultancy, dbrussat@gmail.com, or call 401.351.0457. Testimonial: "Your work is so wonderful - you now enter my mind and write what I would have written." - Nikos Salingaros, mathematician at the University of Texas, architectural theorist and author of many books.
View all posts by David Brussat →
This entry was posted in Architecture, Uncategorized and tagged Andrew Cusack, Maxim Atayants, Moscow, Russia, St. Petersburg, Vladimir Putin. Bookmark the permalink.