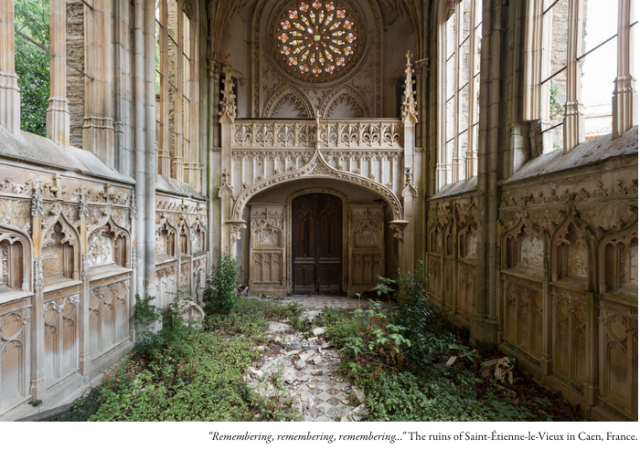 Here is an interview by Paul Senz of the Catholic World Report of Robert R. Reilly, who amid a career in the foreign-policy establishment discovered that modern classical music has undergone a renaissance. In fact, he finds that this revival has been under way for quite a while, but mainly underground. Here is a link to his thoughts via the Future Symphony Institute. Surprised by Beauty: A Listener’s Guide to the Recovery of Modern Music was published a decade ago or so ago and has just been revised and reissued. Beneath the lovely photo that accompanies it at Future Symphony is his interview with CWR, called “Surprised by the Beauty of 20th Century Music.”

Although a day late, we may feel free to give thanks for this aspect of a broader renaissance. Here is a taste:

Modern art strove hard to earn its bad reputation. It succeeded. People fled the concert halls because they did not want to hear what sounded like a catastrophe in a boiler factory. Likewise, many people shunned modern painting when canvases looked like someone had spilled a plate of spaghetti. Modern architecture seemed to be a contest as to who could design a building that best disguised the fact that human beings would be in it.

Unfortunately, the avant-garde gained control over the levers of the art world – by which I mean the commissions, the prizes, the positions in academe, the cultural press, etc. Unless you played ball with the avant-garde, your artistic goose was cooked. This was not true for some of the giants who continued to write in the traditional tonal manner, but it was decidedly true for the up-and-coming younger composers from the mid-20th century until about 20 years ago. They suffered a lot.

This blog was begun in 2009 as a feature of the Providence Journal, where I was on the editorial board and wrote a weekly column of architecture criticism for three decades. Architecture Here and There fights the style wars for classical architecture and against modern architecture, no holds barred. History Press asked me to write and in August 2017 published my first book, "Lost Providence." I am now writing my second book. My freelance writing on architecture and other topics addresses issues of design and culture locally and globally. I am a member of the board of the New England chapter of the Institute of Classical Architecture & Art, which bestowed an Arthur Ross Award on me in 2002. I work from Providence, R.I., where I live with my wife Victoria, my son Billy and our cat Gato. If you would like to employ my writing and editing to improve your work, please email me at my consultancy, dbrussat@gmail.com, or call 401.351.0457. Testimonial: "Your work is so wonderful - you now enter my mind and write what I would have written." - Nikos Salingaros, mathematician at the University of Texas, architectural theorist and author of many books.
View all posts by David Brussat →
This entry was posted in Books and Culture and tagged Catholic World Report, Classical Music, Future Symphony Institute, Paul Senz, Robert Riley. Bookmark the permalink.

3 Responses to Modern music in recovery