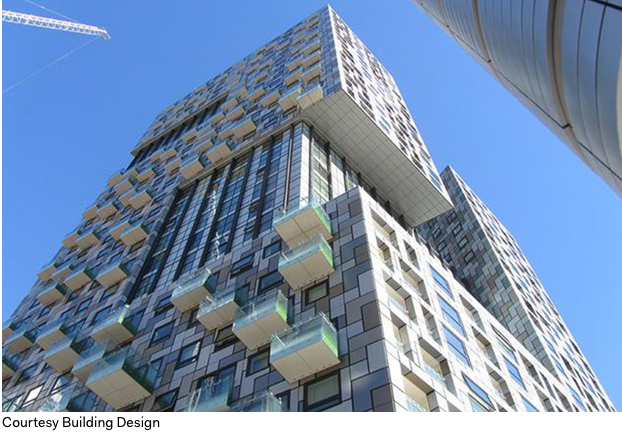 Aaron Betsky, the architecture critic for Architect, the journal of the American Institute of Architects, took to blubbering aloud this week that Americans don’t give American architects enough respect. In “Elevating the Discourse: Architecture Awards in the U.S. and the U.K.,” he wonders why. He looks across the pond to Britain, where the Stirling Award gets national attention. Even the Carbuncle Cup, which celebrates the worst building of the year, is widely acclaimed over there. Why not here, he whines. Maybe because culture is a “bigger deal” over there? He suggests that maybe the American awards don’t come with a big enough “prize.”

After describing the large number of architecture awards here, including the one handed out by the magazine he writes for, he complains:

Other than architects, who ever hears about these prizes? Occasionally an architect with a good communications consulting firm will manage to get a notice into a local paper, and our national newspaper of record, the New York Times, does mention at least the Gold Medal winner when she or he is announced. That, however, is about it.

In fact, the answer probably lies in the photograph atop this post. What is there to celebrate? Why would anyone care?

That photo is not the Stirling winner atop Betsky’s article. But that building is too boring to be selected as lead image of this blog post. Maybe rejection by the editor of this blog amounts to a sort of Carbuncle Cup. The building that did make it atop this post is … well, I have no idea. Architect’s editors do not identify the building. It is not boring but it is stoopid-looking. Shortly after that photo the article mentions the Carbuncle. Maybe that’s what it is, this year’s cup-winner. But here is precisely the problem with the Carbuncle: Unless you are told that it is the worst building of the year, you might think it is the best building of the year. How could you tell the difference?

Likewise, regarding the architecture award that does get the most attention in the U.S., which is called the Pritzker Prize, you have to wonder how its jury selects a winner each year. There is no set of principles by which good modern architecture is to be distinguished from bad modern architecture. So how do they choose? Is it just a popularity contest for the hippest firm? They do give winners $100,000, but the Driehaus Award gives its winners $200,000 for classical architecture. Classical architecture does have standards to which its juries must pay attention. And yet whether it is in spite of the rigor of the Driehaus award program or the generosity of its reward, it still gets very little attention in the media. So there’s no denying the validity of Betsky’s claim that architects in America don’t get much respect.

Aside from the Driehaus, the Palladio Awards of Traditional Building magazine, the Arthur Ross Awards sponsored by the Institute of Classical Architecture & Art, and various award programs sponsored by the ICAA chapters, such as the New England chapter’s annual Bulfinch Awards, there are very few awards in America honoring architecture that anyone can really appreciate or even understand. What is honored by the Pritzker and other modernist prizes, to quote Tom Wolfe, “makes their heads hurt.” Why celebrate that? Why pay attention to the doofusses who do think such buildings are worth recognizing?

And maybe that’s the real reason architecture awards don’t get much play in the U.S. Most of the architecture isn’t worth prizes for quality. Remember what Frank Gehry said? He was right: 99 percent of new architecture, um, bites. But that begs the question of why do these awards get attention in the U.K.? (If that’s actually the case.)

(Chapeaux off to Kristen Richards for running Betsky’s crie de coeur on her indispensible ArchNewsNow.com website.)

This blog was begun in 2009 as a feature of the Providence Journal, where I was on the editorial board and wrote a weekly column of architecture criticism for three decades. Architecture Here and There fights the style wars for classical architecture and against modern architecture, no holds barred. History Press asked me to write and in August 2017 published my first book, "Lost Providence." I am now writing my second book. My freelance writing on architecture and other topics addresses issues of design and culture locally and globally. I am a member of the board of the New England chapter of the Institute of Classical Architecture & Art, which bestowed an Arthur Ross Award on me in 2002. I work from Providence, R.I., where I live with my wife Victoria, my son Billy and our cat Gato. If you would like to employ my writing and editing to improve your work, please email me at my consultancy, dbrussat@gmail.com, or call 401.351.0457. Testimonial: "Your work is so wonderful - you now enter my mind and write what I would have written." - Nikos Salingaros, mathematician at the University of Texas, architectural theorist and author of many books.
View all posts by David Brussat →
This entry was posted in Architecture and tagged Aaron Betsky, American Institute of Architects, Bulfinch Awards, Carbuncle Prize, Driehaus Award, Pritzker Prize, Stirling Prize, Tom Wolfe. Bookmark the permalink.