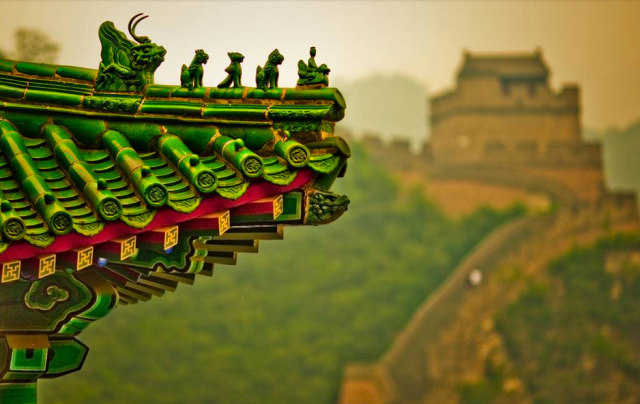 Even though I did a post not long ago on the Great Wall of China – linking to magnificent photographs on the website Kuriositas – I lack the knowledge to assess the comments by Franz Kafka on this subject. Kafka wrote about the Great Wall? Who knew? In Kafka’s short story “The Great Wall of China,” he, in the persona of one of its builders, reveals that it was built in many, many segments rather than starting at point x and then adding and adding until it was done. He then offers reasons why it was built that way. Does anyone ever build walls anymore? And then Kafka goes on to ruminate about the character and the stability of China’s empire. Very Kafkaesque!

Here is the full story in a translation by Ian Johnson. My excerpts were translated by Tania and James Stern from Kafka: The Complete Stories, published by Schocken Books, with a forward by John Updike (originally published as an essay in The New Yorker. There are some interesting thoughts on supporting the self-confidence of architects.

Now on first thought one might conceive that it would have been more advanta- geous in every way to build the wall continuously, or at least continuously within the two main divisions. After all, the wall was intended, as was universally proclaimed and known, to be a protection against the peoples of the north. But how can a wall protect if it is not a continuous structure? Not only can such a wall not protect, but what there is of it is in perpetual danger. These blocks of wall left standing in deserted regions could be easily pulled down again and again by the nomads, especially as these tribes, rendered apprehensive by the building operations, kept changing their encampments with incredible rapidity, like locusts, and so perhaps had a better general view of the progress of the wall than we, the builders. …

Fifty years before the first stone was laid, the art of architecture, and especially that of masonry, had been proclaimed as the most important branch of knowledge throughout the whole area of a China that was to be walled around, and all other arts gained recognition only insofar as they had reference to it. I can still remember quite well us standing as small children, scarcely sure on our feet, in our teacher’s garden, and being ordered to build a sort of wall out of pebbles; and then the teacher, girding up his robe, ran full tilt against the wall, of course knocking it down, and scolded us so terribly for the shoddiness of our work that we ran weeping in all directions to our parents. A trivial incident, but significant of the spirit of the time.

I was lucky inasmuch as the building of the wall was just beginning when, at twenty, I had passed the last examination of the lowest school. I say lucky, for many who before my time had achieved the highest degree of culture available to them could find nothing year after year to do with their knowledge, and drifted uselessly about with the most splendid architectural plans in their heads, and sank by thousands into hopelessness. But those who finally came to be employed in the work as supervisors, even though it might be of the lowest rank, were truly worthy of their task. They were masons who had reflected much, and did not cease to reflect, on the building of the wall, men who with the first stone they sank in the ground felt themselves a part of the wall. …

[It took five years to complete a 500-yard section of the wall, and the supervisors often became exhausted and lost faith in themselves.]

Accordingly, while they were still exalted by the jubilant celebrations marking the completion of the thousand yards of wall, they were sent far, far away, saw on their journey finished sections of the wall rising here and there, came past the quarters of the high command and were presented with badges of honor, heard the rejoicings of the new armies of labor streaming past from the depths of the land, saw forests being cut down to become supports for the wall, saw mountains being hewn into stones for the wall, heard at the holy shrines hymns rising in which the pious prayed for the completion of the wall. … They set off earlier than they needed; half the village accompanied them for long distances. Groups of people with banners and streamers waving were on all the roads; never before had they seen how great and rich and beautiful and worthy of love their country was. Every fellow countryman was a brother for whom one was building a wall of protection, and who would return lifelong thanks for it with all he had and did. Unity! Unity! Shoulder to shoulder, a ring of brothers, a current of blood no longer confined within the narrow circulation of one body, but sweetly rolling and yet ever returning throughout the endless leagues of China. 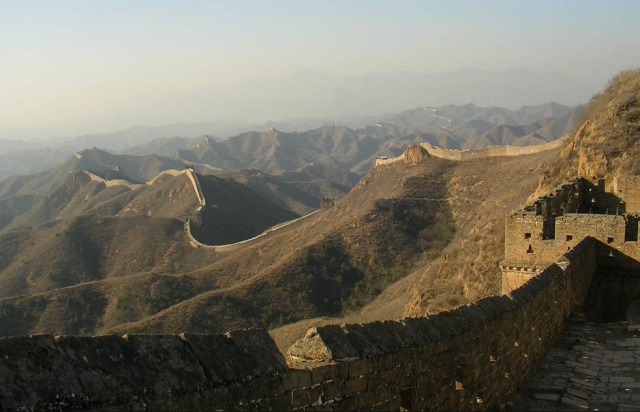 This blog was begun in 2009 as a feature of the Providence Journal, where I was on the editorial board and wrote a weekly column of architecture criticism for three decades. Architecture Here and There fights the style wars for classical architecture and against modern architecture, no holds barred. History Press asked me to write and in August 2017 published my first book, "Lost Providence." I am now writing my second book. My freelance writing on architecture and other topics addresses issues of design and culture locally and globally. I am a member of the board of the New England chapter of the Institute of Classical Architecture & Art, which bestowed an Arthur Ross Award on me in 2002. I work from Providence, R.I., where I live with my wife Victoria, my son Billy and our cat Gato. If you would like to employ my writing and editing to improve your work, please email me at my consultancy, dbrussat@gmail.com, or call 401.351.0457. Testimonial: "Your work is so wonderful - you now enter my mind and write what I would have written." - Nikos Salingaros, mathematician at the University of Texas, architectural theorist and author of many books.
View all posts by David Brussat →
This entry was posted in Architecture, Books and Culture and tagged China, Great Wall of China, John Updike, Kafka, Kuriositas. Bookmark the permalink.