The architecture of music

And vice versa, with painting thrown in. This is the subject of a fascinating essay written a decade ago by Steven Semes, author more recently of one of my bibles, The Future of the Past: A Conservation Ethic for Architecture, Urbanism and Historic Preservation. First written for the American Arts Quarterly, “Le Voilon d’Ingres” was republished recently by the online journal of the Future Symphony Institute, which seeks to “orchestrate a renaissance” in classical music, classical architecture and classical art.

The title of “Le Voilon d’Ingres: Some Reflections on Music, Painting and Architecture” refers to the painter Jean-Auguste-Dominique Ingres’s violin and its artistic qualities as a physical instrument. “The instrument he plays is a composition of molding profiles drawn from classical architecture – torus, scotia, bead and cyma recta – culminating in a spiral resembling the volute of an Ionic capital.” This leads, after some notations on other artists who have immersed themselves in more than one art, into Semes’s admirable thoughts on how the various classical arts reflect each other. I will quote several passages and you can click on the link above to read the rest.

[W]e often find it natural to speak of the architecture of music or the musicality of architecture. What is the source of this connection? Goethe’s famous definition of architecture as “frozen music” is suggestive, but not very specific. My sense is that there are three fundamental points of intersection between music and the visual arts: the first is the analogy between tonality and perspective, the second is their common interest in proportion, and the third is their non-representational, nonverbal expressiveness.

In an architectural analogue to musical space, commuters entering Grand Central Terminal [see below] in New York from 42nd Street pass through a low vestibule into the generously proportioned Vanderbilt Hall, continue through a Piranesian passage where ramps lead to the lower levels, and finally emerge into the great concourse, a crescendo worthy of Beethoven. It is not only the spaces themselves that impress us, but the way the elements enclosing them are organized compositionally. We see walls, floors and ceilings punctuated by openings and organized proportionally by the classical orders – the exact opposite of randomness.

Modern cosmology debunked this ancient picture of the cosmos as mysticism, a view paralleled in Schoenberg’s dismissal of tonality as an arbitrary convention and the modernist architects’ dismissal of the classical orders as relics of an exhausted past.

In recent decades, however, there has been growing scientific interest in the formative power of naturally occurring patterns as a far more complex cosmology slowly emerges. Scientists are interested in pattern and proportion once again. Neuroscience is beginning to reveal ways in which pattern-recognition is built into the complex and subtle mechanisms of the brain. From this viewpoint, classical music and architecture are analogous, not just because they reflect one another, but because they reflect us and the way our minds work. It should come as no surprise, then, that both music and architecture today are engaged in retrieving their respective traditional languages: melody, tonality, proportion, ornament, the classical orders – the whole lot.

Whatever music Ingres played on his violin, it did not express definite thoughts about a non-musical subject that could be restated in words. Architecture, too, may be intensely expressive, communicating strong feelings purely by manipulation of “space, mass, line, and coherence” (to borrow Geoffrey Scott’s terms), but it cannot say anything definite about a non-architectural subject. This is why architecture needs decorative painting and sculpture to introduce narrative content, and why music relies on sung or spoken words for the same purpose. 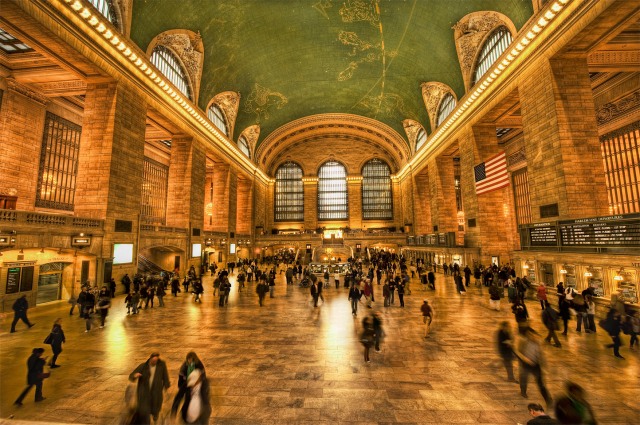 This blog was begun in 2009 as a feature of the Providence Journal, where I was on the editorial board and wrote a weekly column of architecture criticism for three decades. Architecture Here and There fights the style wars for classical architecture and against modern architecture, no holds barred. History Press asked me to write and in August 2017 published my first book, "Lost Providence." I am now writing my second book. My freelance writing on architecture and other topics addresses issues of design and culture locally and globally. I am a member of the board of the New England chapter of the Institute of Classical Architecture & Art, which bestowed an Arthur Ross Award on me in 2002. I work from Providence, R.I., where I live with my wife Victoria, my son Billy and our cat Gato. If you would like to employ my writing and editing to improve your work, please email me at my consultancy, dbrussat@gmail.com, or call 401.351.0457. Testimonial: "Your work is so wonderful - you now enter my mind and write what I would have written." - Nikos Salingaros, mathematician at the University of Texas, architectural theorist and author of many books.
View all posts by David Brussat →
This entry was posted in Architecture and tagged architecture, Future Symphony Institute, Grand Central Terminal, Jean Auguste Dominique Ingres, Music, Painting, Steven Semes. Bookmark the permalink.

2 Responses to The architecture of music