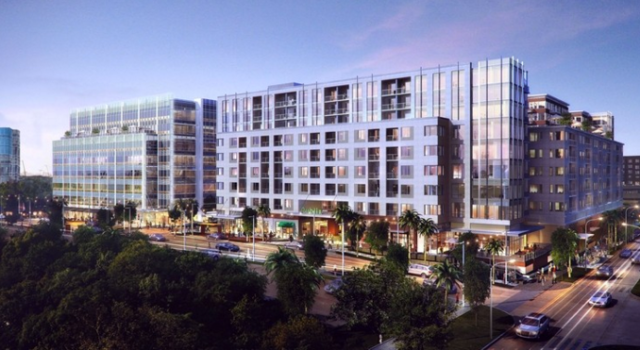 As mayor of Charleston, S.C., for some 40 years, Joe Riley was a hero to the preservation movement. But lately he has hopped in bed with preservation’s nemesis, modern architecture.

An article from 2015 on the website Next Cities, “Southern Rivals Struggle to Balance Historic Preservation and Modern Architecture,” expresses its theme with considerable confusion. Its quotations of Riley speaking to CBS seem to contradict each other. The first quote expresses the theme; the second, about a painting, contradicts it; the third, about a garage, also contradicts it. The theme is that preservation and progress are somehow mutually exclusive.

Here is the first Riley quote:

“A historic city should be a living place,” Riley told CBS. “Because if you don’t have that, then it’s a former something. A former once-great city that now is pretty to see.”

Here is the second Riley quote:

“You know, it’s like there is this beautiful painting that has been painted and you have an opportunity to paint something within that beautiful painting,” said Riley. “You’ve got to be careful that in what you paint there, you don’t detract from the overall context of what has been created.”

Here is the third Riley quote:

Unlike the second and third quote, the first quote suggests a confused Riley who seems to believe that modern architecture moves a city into the future but preservation does not. It’s as if new architecture must reflect a machine mentality in order to represent progress. Granted, modernism has done an excellent job promoting that idea, but good p.r. does not make an idea true, and it has definitely not been popular among most of the public.

Progress in a city should evolve its physicality forward in ways that make it increasingly beautiful and increasingly lovable to the majority of its citizens. The easiest, most sensible way to do that is to use the past that has been deemed worthy of preservation as a model for future development.

At least in cities like Charleston and its rival Savannah, not to mention Providence, the main job for preservation is no longer saving individual historic buildings. Though it is occasionally still necessary, that has been largely accomplished. The main job now is promoting new buildings that add to rather than undermine the setting created by successful preservation. Riley’s support for ugly new architecture in Charleston’s WestEdge development suggests that he does not understand this anymore.

Providence, which is happily paving the way for architecture nobody will love in its latest economic development plan, has never had a mayor who understood this, so the betrayal of Charleston represented by Riley’s new attitude is difficult to grasp here.

Charleston now has its first new mayor in many decades. Its citizens can only hope he has as deep a grasp of these vital issues as his predecessor once did.

This blog was begun in 2009 as a feature of the Providence Journal, where I was on the editorial board and wrote a weekly column of architecture criticism for three decades. Architecture Here and There fights the style wars for classical architecture and against modern architecture, no holds barred. History Press asked me to write and in August 2017 published my first book, "Lost Providence." I am now writing my second book. My freelance writing on architecture and other topics addresses issues of design and culture locally and globally. I am a member of the board of the New England chapter of the Institute of Classical Architecture & Art, which bestowed an Arthur Ross Award on me in 2002. I work from Providence, R.I., where I live with my wife Victoria, my son Billy and our cat Gato. If you would like to employ my writing and editing to improve your work, please email me at my consultancy, dbrussat@gmail.com, or call 401.351.0457. Testimonial: "Your work is so wonderful - you now enter my mind and write what I would have written." - Nikos Salingaros, mathematician at the University of Texas, architectural theorist and author of many books.
View all posts by David Brussat →
This entry was posted in Preservation and tagged Charleston SC, Historic Preservation, Joe Riley, Modern Architecture, Providence RI, WestEdge. Bookmark the permalink.

2 Responses to Fallen angel in Charleston