Why art is not progressive 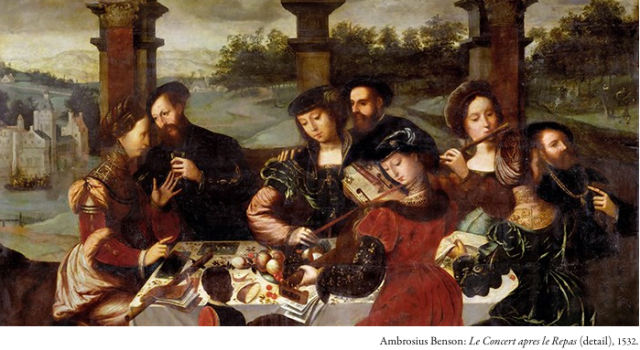 William Hazlitt, the British essayist and critic of the early 19th century, wrote “Why the Arts Are Not Progressive” for the Morning Chronicle, of London, in 1814. He argues that science is progressive but art is not:

What is mechanical, reducible to rule, or capable of demonstration, is progressive, and admits of gradual improvement; what is not mechanical or definite, but relies on genius, taste, and feeling, very soon becomes stationary, or retrograde, and loses more than it gains by transfusion.

I recall a simile addressing this subject, I think by Hazlitt in some other essay: Art is like a mountain, with artists climbing swiftly to higher and higher peaks from which to gather in the benefits of a longer view; but soon the summit is reached and the artists who come later can no longer expect to reap the same benefits from their climb.

Hazlitt believed that each separate art reaches its summit soon after each art is conceived, and later artists are doomed never to reach the perfection of its early masters. But this is often not the case – Beethoven proves it. There are certainly bursts not reliant on improvement in the tools of art. Yet over the long span of time decline has, alas, been all too evident.

So far as I know, Hazlitt never wrote of music. This may be why his piece passes unnoticed in a recently written essay of great thoughtfulness by the Dutch-born classical composer John Borstlap. “The Myth of Progress in the Arts,” written for the Future Symphony Institute, takes a closer look than Hazlitt (who was also a painter) at the thinking and working of artists and comes to a similar conclusion. But his perspective, which unlike Hazlitt’s includes art’s century of sharp decline, sheds a different angle of light on the truth that the arts are not “progressive.” Regarding the results of the recent century of “progress,” he writes:

The current situation in both the visual arts and in (serious) music is not the result of a linear, “progressive” development in the various art forms, but of the flow of a broad delta that spread its many streams since the stream banks of traditional art gradually lost their more or less stable form after the demise of the ancien régime.

I like Borstlap’s simile of art as a wide river delta no longer benefiting from the firm guidance of the embankments upriver.

The composer’s long essay examines the development of art lately and over the ages with a comprehensiveness of outlook that commands attention. It might be considered an exposition of the theme of timelessness that is being discussed by classical architects and theorists. Timelessness is an umbrella for thinking that poses “the eternal virtues” against the muddled thinking that has led the arts into their current gulch. Borstlap makes no specific mention of the likes of Foucault and others who look down their noses at the idea that an embankment shoring up the steady flow of principle is a good thing, and no bar at all to innovation. But they are there cowering between every line. They have held art in thrall far too long.

The New Symphony Institute, whose wonderful motto is “Orchestrate a Renaissance,” works diligently toward just that end. Thought leaders in this broad initiative of a revival of the arts, including architecture, such as Roger Scruton and Leon Krier, are associated with the institute. There is much more excellent material, equally thoughtful, at its website.

A doff of the hat to Tim Kelly, who sent John Borstlap’s essay to TradArch.

This blog was begun in 2009 as a feature of the Providence Journal, where I was on the editorial board and wrote a weekly column of architecture criticism for three decades. Architecture Here and There fights the style wars for classical architecture and against modern architecture, no holds barred. History Press asked me to write and in August 2017 published my first book, "Lost Providence." I am now writing my second book. My freelance writing on architecture and other topics addresses issues of design and culture locally and globally. I am a member of the board of the New England chapter of the Institute of Classical Architecture & Art, which bestowed an Arthur Ross Award on me in 2002. I work from Providence, R.I., where I live with my wife Victoria, my son Billy and our cat Gato. If you would like to employ my writing and editing to improve your work, please email me at my consultancy, dbrussat@gmail.com, or call 401.351.0457. Testimonial: "Your work is so wonderful - you now enter my mind and write what I would have written." - Nikos Salingaros, mathematician at the University of Texas, architectural theorist and author of many books.
View all posts by David Brussat →
This entry was posted in Art and design, Books and Culture and tagged art, Classical Music, John Borstlap, New Symphony Institute, Progress, William Hazlitt. Bookmark the permalink.