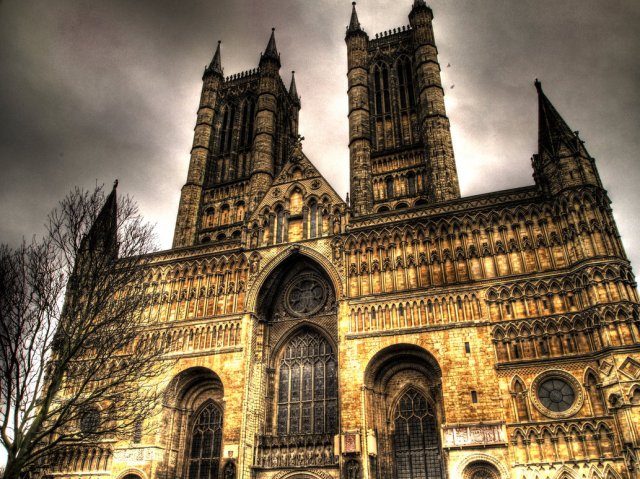 It would have been difficult for Geothe’s line “Architecture is frozen music” not to float into mind after I stumbled across this passage in Mozart, by Wolfgang Hildescheimer, another fabulous Christmas gift from my friend Steve, who I forgot to mention is also a musician, playing the clarinet, bassoon and other winds. Hildescheimer writes:

Classicism and Romanticism introduced subjective feeling into music as a conscious element of expression. … Previously, objectivity had prevailed, concealing the creative impulse (Bach’s fugues = mathematics, etc.). Although this objectivity has not been elevated to a preclassical principle, or ascribed to to a more primitive stage of music’s expressive capability, the idea of a greater individual expression persists as an implied truth even into this century. It serves to encourage a viewpoint by which we are to see music history as a large building, like a Gothic cathedral, on which different masters have worked at different times, knowing that they would not live to see the crowning climax, and compelled to reconcile themselves to one part in the work. The high point is generally thought to be Beethoven. Now, we know that his music would not be possible without Haydn and Mozart – he knew it himself – but we are not prepared to accept the idea of Beethoven as the fulfillment of what Mozart began and, because of that, on a qualitatively higher level. For we do not believe that the history of music is the conquest of new territory, making earlier conquests worthless or even slightly less worthy. If that were the case Dufay would surpass Orlando di Lasso, and Sweelinck would replace Dufay, etc. One would succeed the other, up to the crowning glory of High Classicism, aftert which, as most people still agree, everything goes downhill.

So the history of music is the history of architecture? Well, it is a thought. It brings to mind architecture’s succession of increasingly refined advancements on the art of building. It recalls ancient Rome’s conception as a set of fine buildings erected over hundreds of years to display an increasingly imposing sense of Rome’s ambitions as a state. In either case, we reach a stage where “everything goes downhill.” And in the history of architecture there was recovery in the Renaissance and beyond, and then another pitch downhill, which continues. Rome, at least, has managed to keep the Vandals almost entirely outside the gates since 1950. In any event, the lines from Mozart’s biography are a lesson in how greatness may be achieved – or lost. But at least we still get to choose to listen to Mozart and Beethoven.

This blog was begun in 2009 as a feature of the Providence Journal, where I was on the editorial board and wrote a weekly column of architecture criticism for three decades. Architecture Here and There fights the style wars for classical architecture and against modern architecture, no holds barred. History Press asked me to write and in August 2017 published my first book, "Lost Providence." I am now writing my second book. My freelance writing on architecture and other topics addresses issues of design and culture locally and globally. I am a member of the board of the New England chapter of the Institute of Classical Architecture & Art, which bestowed an Arthur Ross Award on me in 2002. I work from Providence, R.I., where I live with my wife Victoria, my son Billy and our cat Gato. If you would like to employ my writing and editing to improve your work, please email me at my consultancy, dbrussat@gmail.com, or call 401.351.0457. Testimonial: "Your work is so wonderful - you now enter my mind and write what I would have written." - Nikos Salingaros, mathematician at the University of Texas, architectural theorist and author of many books.
View all posts by David Brussat →
This entry was posted in Architects, Architecture, Architecture History, Art and design, Books and Culture and tagged Architecture History, Beethoven, Biography, Cathedral, Mozart, Music, Music History, Wolfgang Hildescheimer. Bookmark the permalink.