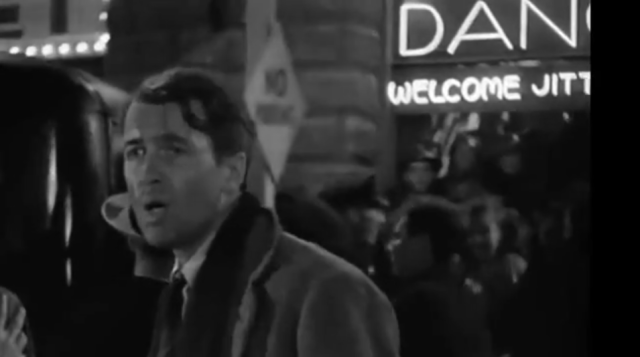 I saw George Bailey in Bedford Falls and Pottersville last night. You don’t see It’s a Wonderful Life on television as much as you used to. The film’s copyright lapsed for 20 years beginning in 1974. Last night I saw the second half of the film but not the first half, in which a charming Bedford Falls is painted in the most dulcet colors. But later on, although obviously Pottersville was designed to horrify the movie audience of 1946, today it seems to evoke the sort of town that enchants many urbanists.

Perhaps I’m being unfair. Bedford Falls was like the bar in Cheers – where everyone knows your name. In Pottersville, nobody knew George Bailey’s name. What happened in Pottersville stayed in Pottersville. The streets were lined with ground-floor retail, that is, nightclubs and girlie joints mostly, or so it seems. It was well lit with shop signage. There was more activity on the streets and sidewalks of Pottersville (granted, the police were out in force) than Bedford Falls, which seems to have pretty much rolled up its sidewalks early in the evening. In the neighborhoods, Bailey Park – affordable homes financed by Bailey Bros. Building & Loan – had high population density but under Potter’s reign the land has even higher density (as a cemetery).

Frankly, for me, harking back to my long-ago days as a young man on the prowl, the lifestyle of Pottersville seems fraught with possibility. The set was one of Hollywood’s most elaborate, filling four acres. (I get some of this information from “25 Wonderful Facts About ‘It’s a Wonderful Life,” from the Mental Floss website.) But I just found a video of the entire film and watched from the beginning. Bedford Falls was quite lively. Why, the scene where George and (cab drivers) Bert and Ernie watch sexy Violet (Gloria Grahame) walk down the street shows that even a buttoned-down place like Bedford Falls was not without its pedestrian charms.

The spirit of Mr. Potter, the evil banker who in the “nightmare” sequence turns Bedford Falls into Pottersville, seems by now to have taken over the entire world economic system. Thus it may be no surprise that the society of modern times seems more like Pottersville than Bedford Falls. So ingrained are the attitudes of the former into our psyche that we hardly recognize them as morally suspect. Part of the beauty of It’s a Wonderful Life is that it portrays society as an ideal that, while it may never have been achieved in the past, seems almost almost impossible to imagine in the future. That sad shift may be summed up as the spirit of modern architecture. 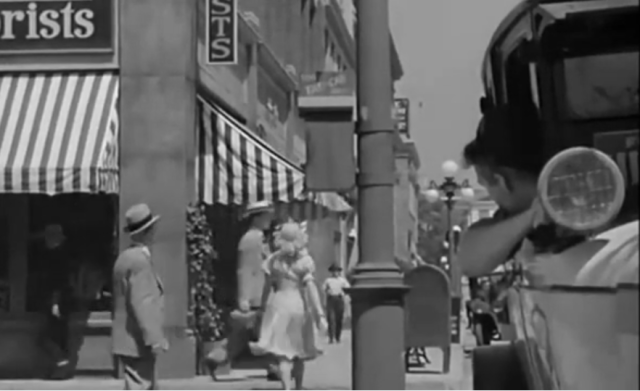 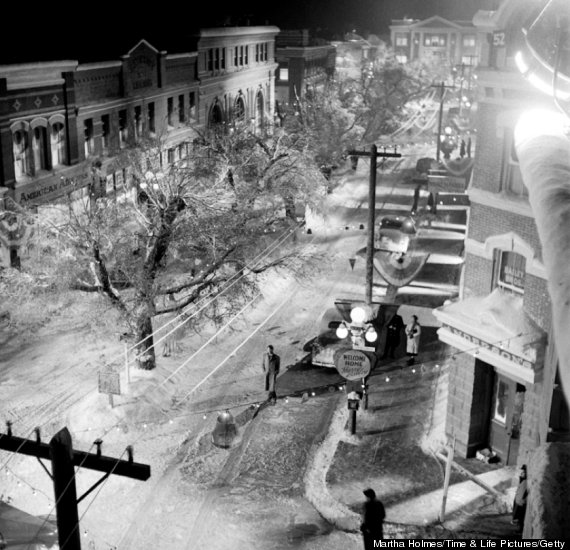 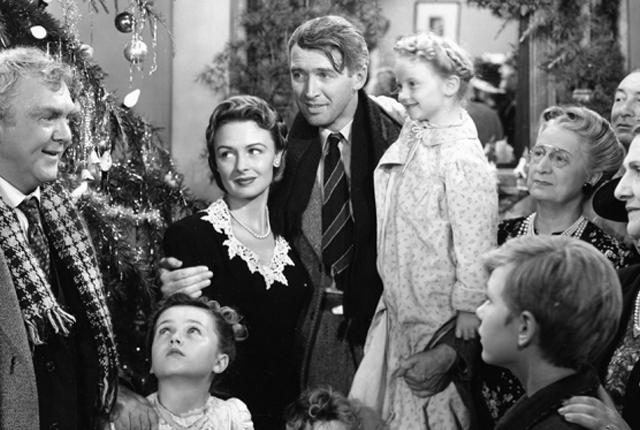 This blog was begun in 2009 as a feature of the Providence Journal, where I was on the editorial board and wrote a weekly column of architecture criticism for three decades. Architecture Here and There fights the style wars for classical architecture and against modern architecture, no holds barred. History Press asked me to write and in August 2017 published my first book, "Lost Providence." I am now writing my second book. My freelance writing on architecture and other topics addresses issues of design and culture locally and globally. I am a member of the board of the New England chapter of the Institute of Classical Architecture & Art, which bestowed an Arthur Ross Award on me in 2002. I work from Providence, R.I., where I live with my wife Victoria, my son Billy and our cat Gato. If you would like to employ my writing and editing to improve your work, please email me at my consultancy, dbrussat@gmail.com, or call 401.351.0457. Testimonial: "Your work is so wonderful - you now enter my mind and write what I would have written." - Nikos Salingaros, mathematician at the University of Texas, architectural theorist and author of many books.
View all posts by David Brussat →
This entry was posted in Architecture, Architecture History, Art and design, Book/Film Reviews, Urbanism and planning and tagged Bedford Falls, Frank Capra, Hollywood, It's a Wonderful Life, Jimmy Stewart, Pottersville, Street Design, Urbanism. Bookmark the permalink.