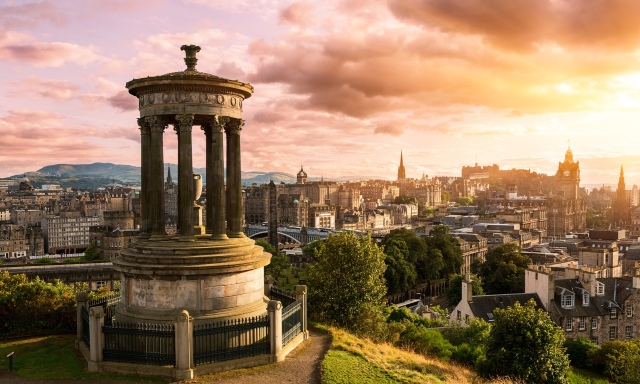 The iconic photograph of Edinburgh, above, testifies to what Scotland’s capital and leading city have to lose in a recent rush to development. The United Nations agency that oversees its World Heritage Cities program, UNESCO, has been asked to remove the city from its list. 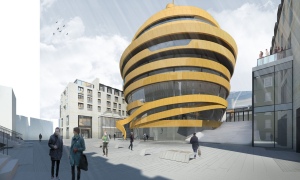 Certainly the call to action merits serious consideration. The list can have little meaning if beautiful cities can trade away their allure for filthy lucre without threatening their place on the list. But does the threat of removal from the list mean much to the thugs who often run such lovely places? I refer to the developers, not the politicians, who generally are not thugs so much as cowards (and perhaps thieves). Will they just declare open season on beauty there? Needless to say, the architects who build them are no better than hired gunslingers, soulless cannibals who, under the banner of architecture, eat world beauty, robbing us of one of the few free things that bring joy to even the poorest citizen.

A good question. I wish I knew the answer.

The U.K. Guardian has published an essay by Kevin McKenna, “Edinburgh’s world heritage status in peril as developers move in,” raising useful questions. He describes the angst felt by a celebrated local writer:

On Leith Walk, as it rises to meet Princes Street, award-winning novelist Candia McWilliam is heartbroken at what has already disfigured her beautiful Edinburgh and the prospect of what may yet befall it. Her father was the noted architectural writer, Colin McWilliam, who toured the UK to write about the country’s most beautiful and important buildings.

Her home lies in the shadow of the St James development and she is dismayed at what it will do to the city’s skyline. “The architecture of a city ought always to be the result of a conversation between the old and the new. The hotel that is being built up there is like a loud, boastful, braggart bullying everything that comes into its view,” she said.

Fine and dandy, but in the very next paragraph the novelist makes a statement whose implications she cannot have properly considered:

“Dad was a modernist, and probably far more daring in all regards than me and he believed (and I agree with him) that there is a place for architectural ‘brutalism.'”

In short, ugliness is okay as long as I don’t have to look at it. NIMBY, pure and simple.

These are the sentiments, viewed as admirable expressions of objectivity, diversity and open-mindedness, that invite the camel’s nose of ugliness under the tent of civic beauty. It is happening now in Edinburgh, to name only one great place, and all steps (short, I suppose, of strategically located mortar emplacements) must be taken to thwart it. Surely the threat of removing the city from the coveted UNESCO heritage list is one such step.

This blog was begun in 2009 as a feature of the Providence Journal, where I was on the editorial board and wrote a weekly column of architecture criticism for three decades. Architecture Here and There fights the style wars for classical architecture and against modern architecture, no holds barred. History Press asked me to write and in August 2017 published my first book, "Lost Providence." I am now writing my second book. My freelance writing on architecture and other topics addresses issues of design and culture locally and globally. I am a member of the board of the New England chapter of the Institute of Classical Architecture & Art, which bestowed an Arthur Ross Award on me in 2002. I work from Providence, R.I., where I live with my wife Victoria, my son Billy and our cat Gato. If you would like to employ my writing and editing to improve your work, please email me at my consultancy, dbrussat@gmail.com, or call 401.351.0457. Testimonial: "Your work is so wonderful - you now enter my mind and write what I would have written." - Nikos Salingaros, mathematician at the University of Texas, architectural theorist and author of many books.
View all posts by David Brussat →
This entry was posted in Architecture, Architecture History, Art and design, Development, Other countries, Preservation, Urbanism and planning and tagged Candia McWilliam, Edinburgh, Kevin McKenna, UK Guardian, UNESCO, World Heritage Sites. Bookmark the permalink.