A Pritzker for Graves?

A curious piece in ArchDaily.com wonders “Why Michael Graves Should Have Won the Pritzker.” After reading it I felt so whipsawed back and forth that I had to read it again to see if it really said what I thought it did. And even then I was not sure. 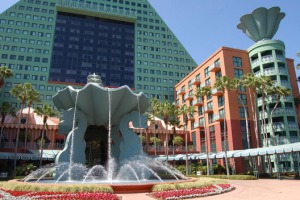 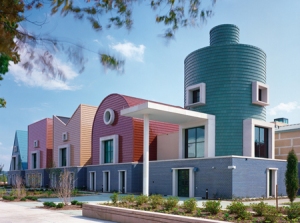 Noting at the outset that Michael Graves and this year’s Pritzker winner Frei Otto, of Germany, died the same week in March, Lachlan Anderson-Frank, a communications specialist at the modernist firm of MVRDV in Rotterdam, asserts that Graves deserved the Pritzker more than Otto. Anderson-Frank is surely correct that Graves’s legacy knocks that of Otto, if he may be said to have one, into a cocked hat. On this basis A-F would have given Graves a Pritzker. And I cannot say that I disagree with him.

A-F describes Graves’s work as typical of the ugliness that has come to pervade architecture. He writes:

Ugly buildings, like those of Michael Graves, are everywhere (see Hans Coudenys’ Ugly Belgian Houses blog, for example). They’re an inevitable, cultural effect of people’s desire to be different. The philosophy of self-determination embodied by “ugly architecture” only became mainstream in pop culture in the 1970s and ’80s, precisely when Graves’ work was most appreciated.

The idea that people desire to be different is ridiculous. A few people do; most people do not. And the insane persistence of ugliness in architecture should be blamed not on “people” in general but on a cultural elite that dictates an aesthetic that most people abhor. Be that as it may, A-F continues:

It’s the way in which Michael Graves’ style of ugly picked up on a wider political, philosophical and cultural trend of “being different,” in reaction to classic modernism, for which he should be commemorated, and for which he deserved the Pritzker Prize.

But instead, as a sort of cosmic joke that embodies the Pritzker, Graves’s legacy did win big-time recognition: he won the Driehaus Prize in 2012.

A-F does not mention that fact until the end of his essay, almost offhandedly, as if he learned of it after finishing it but before sending it in. The Richard Driehaus Prize is for classicists, which is why many classicists were dismayed, or at least confused, by its bestowal on Graves. He is not a classicist but a postmodernist. His buildings are, at best, cartoons of the classical. When asked, he refused to agree that he was a classicist.

Graves’s Driehaus came not long after the Institute of Classical Architecture & Art held a splashy conference on postmodernism in New York. Arguably, that conference made sense because the postmodernist moment (the 1970s and ’80s) liberated classicism. As an attack (in the end a failed, half-hearted attack) on orthodox modernism, postmodernism opened a small crack for the emergence of work by architects interested in a genuine classical revival. After criticizing their elders, the postmodernists skedaddled back into the modernist camp, having failed to back up their criticism by abandoning the aesthetic they had denounced. In actual design terms, their revolt amounted to an anemic plopping of arches and columns on the same old glass box.

The postmodernists’ pusillanimity and the subsequent resurgence of an even more perverse modernism may actually have blocked what might have been a more powerful classical revival, which today grows in strength but makes perilously little headway against the modernist behemoth.

Yet Graves did not represent a classical reaction against the modernism of Corbusier, Mies and other authoritarians who by the 1950s replaced tradition with modernism in the profession. And his work was never popular among the public, which by now rolls its eyes at the inevitability of what A-F considers ugliness in architecture.

Anyway, ugly is the wrong word for his work. A better word would be silly. Graves’s buildings could only be popular among children, or adults whose full aesthetic development was achieved prior to adolescence.

That Michael Graves did not get the prize he most deserved is a very minor tragedy. The Pritzker Prize is a joke on the world in the same way that modern architecture is an attack on the world. The former aims to supply a bogus credibility to the creaky legitimacy of the latter. Alas, after all these years, it still seems to be working.

(Tip of the hat to Gary Brewer, of RAMSA, who helped arrange the ICAA postmodernism conference and sent Lachlan Anderson-Frank’s piece to the TradArch list.)

This blog was begun in 2009 as a feature of the Providence Journal, where I was on the editorial board and wrote a weekly column of architecture criticism for three decades. Architecture Here and There fights the style wars for classical architecture and against modern architecture, no holds barred. History Press asked me to write and in August 2017 published my first book, "Lost Providence." I am now writing my second book. My freelance writing on architecture and other topics addresses issues of design and culture locally and globally. I am a member of the board of the New England chapter of the Institute of Classical Architecture & Art, which bestowed an Arthur Ross Award on me in 2002. I work from Providence, R.I., where I live with my wife Victoria, my son Billy and our cat Gato. If you would like to employ my writing and editing to improve your work, please email me at my consultancy, dbrussat@gmail.com, or call 401.351.0457. Testimonial: "Your work is so wonderful - you now enter my mind and write what I would have written." - Nikos Salingaros, mathematician at the University of Texas, architectural theorist and author of many books.
View all posts by David Brussat →
This entry was posted in Architects, Architecture, Art and design and tagged ArchDaily, Driehaus Prize, Lachlan Anderson-Frank, Michael Graves, MVRDV, Otto Frei, Postmodernism, Pritzker Prize. Bookmark the permalink.

1 Response to A Pritzker for Graves?