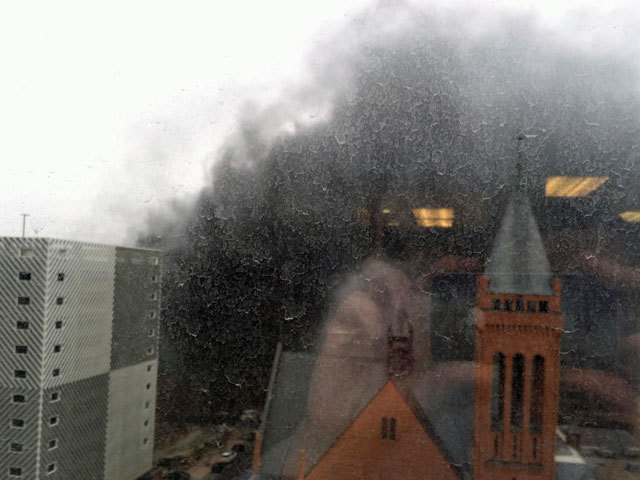 Though clearly much of it is, not all is lost in downtown Denver, as shown in this interesting photo by Aaron Acker of an HVAC fire. (thedenverchannel.com)

I clicked with no small degree of excitement on ArchNewsNow.com, the piece by a Denver architect about insipidity in the Mile-High City. “Denver Is a Great City, So Why the Bad Buildings?” asks Jeffrey Sheppard. Denver is experiencing the sort of downtown residential boom that Providence and many other cities have long dreamed of. But Sheppard detects a problem that has not been discussed.

As downtown Denver has become increasingly densified with block after block of repetitive five-story, stick-framed rental apartments stacked on top of (or connected to) massive concrete parking structures, banality has begun to quietly replace the well-designed historic buildings that once populated our urban core. Meaningless, uninspiring structures that feature mere surface variation rather than genuine innovation seem to be the zeitgeist of the day. 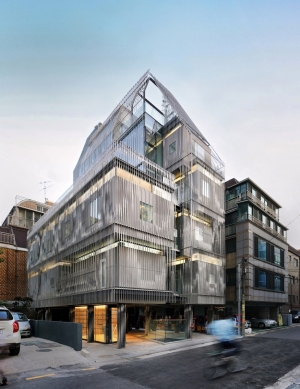 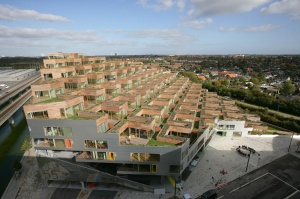 But then he calls for precisely what he deplores – “meaningless, uninspiring structures that feature mere surface variation rather than genuine innovation.”

I should have paid greater attention to the last words, “genuine innovation.” Sheppard’s idea of genuine innovation is pure cliché. Real creativity in this age of monotonous novelty would have inclined Sheppard to ask what is wrong with the “well-designed historic buildings that once populated our urban core.” Instead, he calls for more goofball chic, not mere surface variation but genuinely cockamamie efforts to stack living spaces in ways that may or may not be useful or convenient to residents, let alone beautiful, but which deploy living spaces in alpine clusters or other inventive massing that’s never been tried before.

A call for more buildings by the likes of Bjarke-Ingalls Group (BIG) tells the tale.

They may not be repetitive, but they are banal. Obviously beauty is not what’s bringing new residents into downtown Denver – which, as Sheppard seems to realize – lost much of its beauty long ago. But what he’s calling for is not going to bring it back.

Providence has edged closer to going all-in on ugliness as an urban design strategy, to judge by the I-195 Redevelopment District Commission’s “Developers Toolkit.” If you’re Denver, maybe you can get people to want to live amid such crap. Let’s see if our almost full slate of new 195 commissioners appointed by Rhode Island’s new governor buys into that. I hope not.

This blog was begun in 2009 as a feature of the Providence Journal, where I was on the editorial board and wrote a weekly column of architecture criticism for three decades. Architecture Here and There fights the style wars for classical architecture and against modern architecture, no holds barred. History Press asked me to write and in August 2017 published my first book, "Lost Providence." I am now writing my second book. My freelance writing on architecture and other topics addresses issues of design and culture locally and globally. I am a member of the board of the New England chapter of the Institute of Classical Architecture & Art, which bestowed an Arthur Ross Award on me in 2002. I work from Providence, R.I., where I live with my wife Victoria, my son Billy and our cat Gato. If you would like to employ my writing and editing to improve your work, please email me at my consultancy, dbrussat@gmail.com, or call 401.351.0457. Testimonial: "Your work is so wonderful - you now enter my mind and write what I would have written." - Nikos Salingaros, mathematician at the University of Texas, architectural theorist and author of many books.
View all posts by David Brussat →
This entry was posted in Architects, Architecture, Development, Preservation, Providence, Urbanism and planning and tagged 195 Redevelopment District Commission, ArchNewsNow, Bjarke-Ingalls Group, Denver, Jeffrey Sheppard. Bookmark the permalink.

6 Responses to Growing dull in Denver