Monday evening’s meeting of the Downtown Design Review Committee relieved concerns that one must feel upon news that a graceful old building is being renovated. Who knows what evil could be afoot. But the applicant, HM Ventures 7, of Brooklyn, seems to have only good things in mind, more restoration than renovation outside. The building at 32 Custom House St., built in 1875 and known as the Real Estate Title Insurance Building, will host 10 apartments and a ground floor shop or restaurant. Bravo!

Below this post are a few photos I took of the building last week. 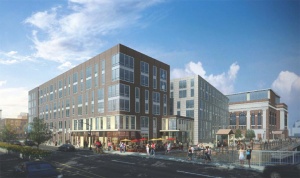 That’s the good news from that meeting. Before I spring the bad news on readers, note that it is now the Downtown Design Review Committee, not the Downcity Design Review Committee. I for a long time liked the term Downcity when it meant the old commercial section of downtown west of Dorrance Street and no more. Eventually, Buddy Cianci started treating the term as a synonym for downtown, and “creative” types, obeying some innate truckling-under to fashion, started upper-casing the C – as in DownCity. The term quickly degenerated into a reliable cringe-making system in my mind, and I started using it as rarely as I could.

The term supposedly got its start in the 1990s when Antoinette Downing suggested to Andres Duany, who was working to revitalize downtown, that Downcity would make a good name for the newly spiffed-up neighborhood. After it made its “debut,” its historical derivation, “Let’s go downcity” – a phrase signifying not so much a place as an activity – started rubbing some upper-crusty folks as being too working class to be sufficiently cool.

Don’t ask me to plumb those dynamics, please! Just let me congratulate the city’s planning people for bailing on that term and going back to downtown for the name of the committee. I would only add that the city should avoid adding new sections to downtown. One of the blessings of downtown is its walkability, and if too many of its neighboring districts insist on being referred to as part of downtown, then people visiting downtown will start to consider Providence’s supposed walkability as a PR fabrication – a lie.

The bad news gleaned from Monday’s meeting is all too predictable, as you might surmise from the rendering above and to the left. Right next to the glorious Neo-Colonial South Street Station being transformed into a nursing school, they are planning to put up a garage. It seems they didn’t want it to look like a garage (so far, so good) so they have decided to make it look like a suburban office pod, downright Miesian except for its synopated glass fenestration. Good grief! The proposed student dorms seek to meld a brick building with, also, a Miesian glass box. Got lemonade? Let’s make a lemon!

But put that out of your mind for now and glory in the images of 32 Custom House St. (left) and its vicinity in the Financial District of Providence. The Florentine palazzo across the street from the Title Insurance building is the Custom House (1857) itself, designed by Ammi B. Young, and the cubic thing at the east end of Custom House Street and across the river is the Old Stone Square I mentioned one post ago. 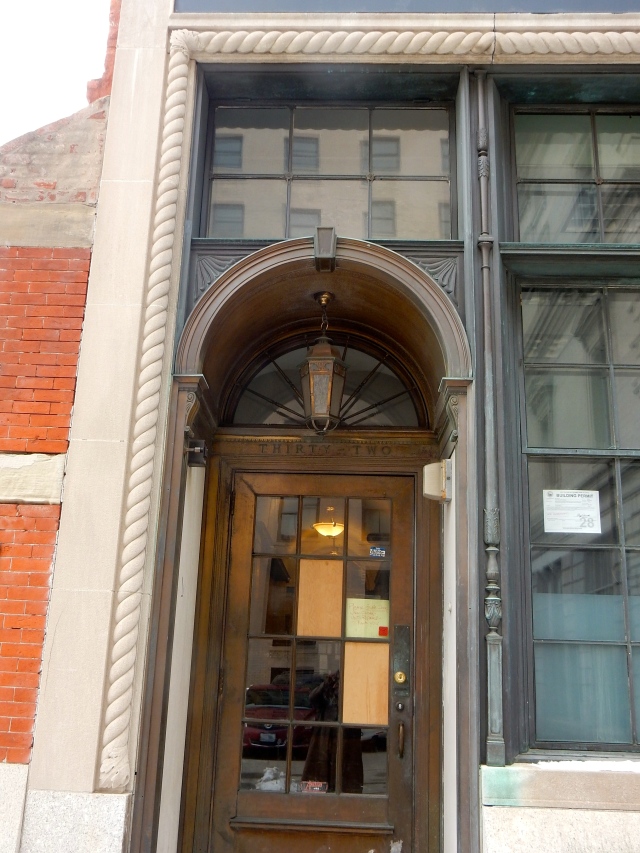 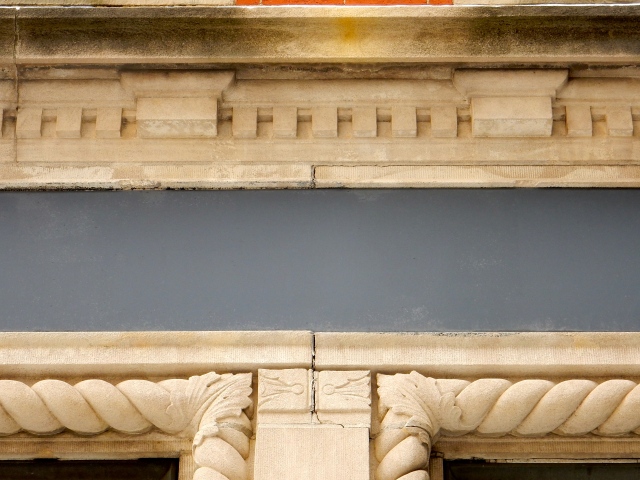 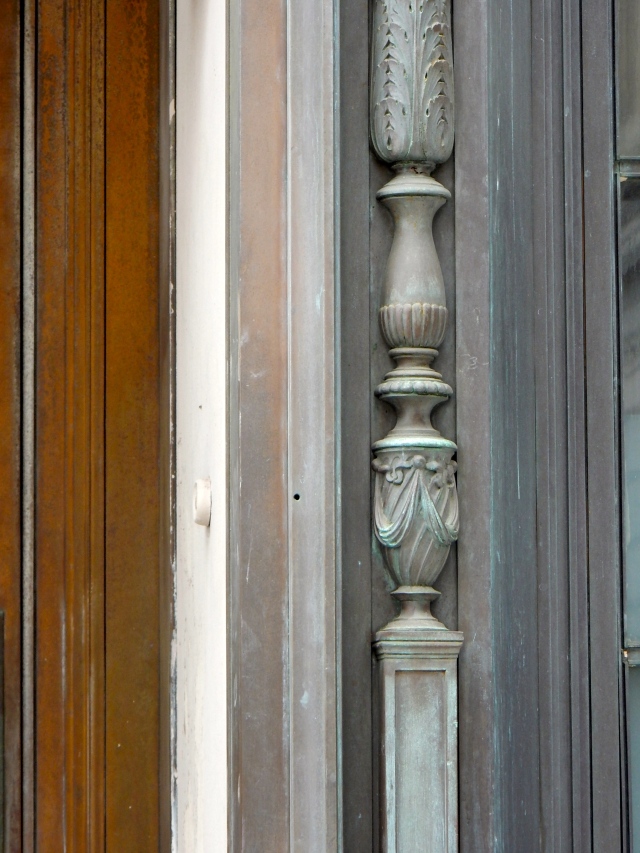 This blog was begun in 2009 as a feature of the Providence Journal, where I was on the editorial board and wrote a weekly column of architecture criticism for three decades. Architecture Here and There fights the style wars for classical architecture and against modern architecture, no holds barred. History Press asked me to write and in August 2017 published my first book, "Lost Providence." I am now writing my second book. My freelance writing on architecture and other topics addresses issues of design and culture locally and globally. I am a member of the board of the New England chapter of the Institute of Classical Architecture & Art, which bestowed an Arthur Ross Award on me in 2002. I work from Providence, R.I., where I live with my wife Victoria, my son Billy and our cat Gato. If you would like to employ my writing and editing to improve your work, please email me at my consultancy, dbrussat@gmail.com, or call 401.351.0457. Testimonial: "Your work is so wonderful - you now enter my mind and write what I would have written." - Nikos Salingaros, mathematician at the University of Texas, architectural theorist and author of many books.
View all posts by David Brussat →
This entry was posted in Architecture, Architecture History, Development, Photography, Preservation, Providence, Urbanism and planning and tagged 32 Custom House St., Ammi Young, Andres Duany, Antoinette Downing, Custom House, Downcity. Bookmark the permalink.