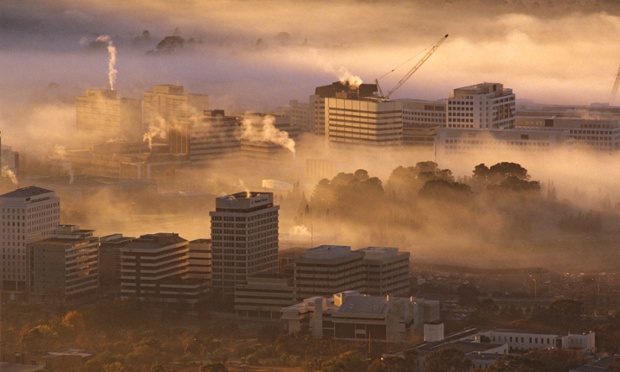 Canberra, a pretty picture, with fog that doesn’t hide enough. (The Guardian) 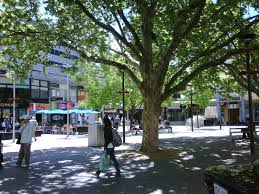 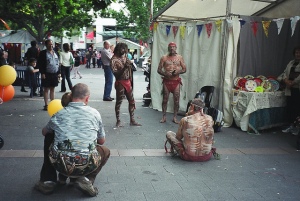 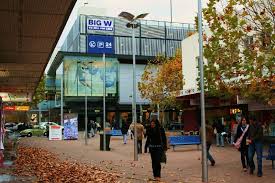 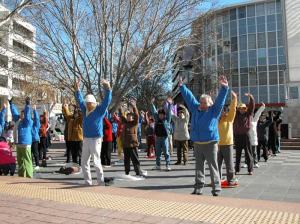 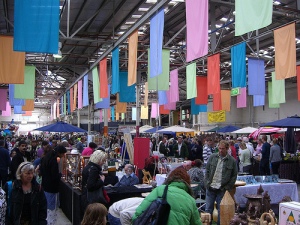 Active space in Canberra, but it’s inside. (venere.com) 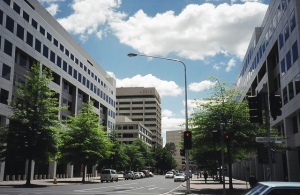 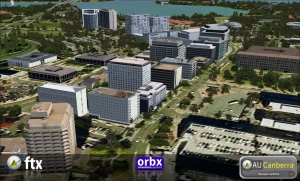 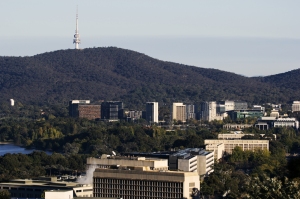 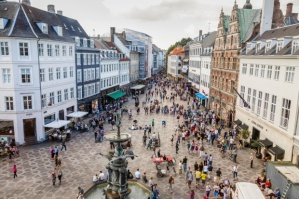 How it’s done in Copenhagen. (The Guardian)

A stinging rebuke to Australia’s capital city of Canberra, and thence to just about every other city that has embraced the placemaking agenda, comes from Oliver Wainwright in the Guardian, “50 years of gentrification: Will all our cities turn into ‘deathly’ Canberra?” Such happy places – Canberra was declared the best city of the year for the second year in a row by OECD – are described as having assigned to public space (and often “public” space) the role of making places for people instead of cars.

This Canberra has done, supposedly, but some people can’t figure out why the city keeps winning accolades. Neither can I. Just look at the picture above. Canberra has too many stinking ugly buildings! (My Google search – “downtown Canberra” – found not one lovely building, let alone a lovely plaza.)

[My heart goes out to the victims of a lone-wolf terrorist of Iranian descent, who took 17 hostages in a Sydney cafe. He killed two and was himself killed in the raid to free the hostages.]

Wainwright takes aim at Jan Gehl, the Danish guru of livability who recently joined starchitect Richard Rogers on a panel in London to discuss how to make cities better. Both gentlemen, he said, had anodyne prescriptions for civic liveliness to which most people can hardly object: more open space downtown, more bike lanes, better mass transit, etc.

Wainwright points out, however, that too many of today’s public spaces amount to a gentling of gentrification – private spaces in which an obedient public is permitted to wander. These places often are lobbies without walls fronting the residential towers of the super-rich, who almost never actually live there – “safe-deposit boxes stacked up in the sky,” as Wainwright tartly puts it. He reminds readers that Rogers opposed this sort of thing, gated communities, back in 1997:

“A new type of citadel has emerged,” he wrote in Cities for a Small Planet. “At the touch of a button, access is blocked, bullet-proof screens are activated, bomb-proof shutters roll down. The appearance of the ‘wrong sort of person’ triggers quiet panic.” Fifteen years on, this could be straight from the sales brochure of any one of his new developments.

Wainwright blames this on capitalists. I would blame it on financial pirates who have hijacked the free market. Maybe they’re the same thing, but certainly the billionaire’s influence on civic space has grown while the average citizen’s influence has shrunk. In the half century considered by Wainwright, private money has financed more and more “public” spaces. That’s because over that same span the public sector has taken upon itself so many undoable tasks, spending so much money adding new layers of feckless bureaucrats every time this or that social engineering project blows back on society. The result is a fiscal bottom line for municipalities large and small that has no nooks or crannies left to shelter money for public amenities.

To me, nothing better demonstrates this dolorous trend than the sterile inhumanity of the buildings brought to you by Sir Richard and his ilk on behalf of the 1 percent. The sinister towers they design glower from on high down upon the street and the plaza, stacking the deck aesthetically and financially against the work of Gehl and other placemakers such as Fred Kent of New York’s Project for Public Spaces.

This blog was begun in 2009 as a feature of the Providence Journal, where I was on the editorial board and wrote a weekly column of architecture criticism for three decades. Architecture Here and There fights the style wars for classical architecture and against modern architecture, no holds barred. History Press asked me to write and in August 2017 published my first book, "Lost Providence." I am now writing my second book. My freelance writing on architecture and other topics addresses issues of design and culture locally and globally. I am a member of the board of the New England chapter of the Institute of Classical Architecture & Art, which bestowed an Arthur Ross Award on me in 2002. I work from Providence, R.I., where I live with my wife Victoria, my son Billy and our cat Gato. If you would like to employ my writing and editing to improve your work, please email me at my consultancy, dbrussat@gmail.com, or call 401.351.0457. Testimonial: "Your work is so wonderful - you now enter my mind and write what I would have written." - Nikos Salingaros, mathematician at the University of Texas, architectural theorist and author of many books.
View all posts by David Brussat →
This entry was posted in Architecture, Development, Other countries, Urbanism and planning and tagged Australia, Canberra, Jan Gehl, Oliver Wainwright, Richard Rogers. Bookmark the permalink.