Brown University’s proposed new engineering school on Hope Street is to be designed by the modernist firm that designed the abominable new U.S. embassy in London, Kieran Timberlake. This is almost surely a disaster in the making, but not certainly so, as the firm recently incorporated two traditional buildings into a modernist addition at the University of Pennsylvania. But Penn probably asked to save the buildings whereas Brown seeks to demolish the delightful 37 Manning St., known as Hinckley House and built in 1900.

So Brown wants to demolish Hinckley but save Barus & Holley?

Brown should tear down Barus & Holley, the Giancarlo Lab at the end of Manning Walk and the Prince Engineering Building just north of it, and various other tedious modernism, some of it actually scheduled for demo that will bring a tear to nobody’s eye.

At the very least, Brown should move Hinckley to the corner of Hope and George, where the huge Barus & Holley parking lot begs for such an enchanting occupant. That may indeed be impractical, but there is nothing in the planning needs of the school, the space available for it, or the cost of the project that requires the sacrifice of a building of such loveliness yet with so modest a footprint.

Where is the Providence Preservation Society on this? This issue is tailor-made to test the mettle of its new director, Brent Runyon. Why does the city not inform Brown that it has a duty to not trample on its host city and neighborhood. Yes, I realize this is within Brown’s institutional zone, but at issue is not what Brown can do but what Brown should do. A traditional campus for the engineering school, such as the new Brauer Hall at Washington University, in St. Louis, would be more in keeping with both the school and the city. Is Brown really dying to have the issue of the removal of its tax-exempt status raised again? That’s what it sounds like.

This should become a major Providence preservation crisis. Have all the buildings truly worth saving in this city been saved? Apparently not. The Providence Preservation Society has done excellent work over the years, but it must not rest on its laurels.

Here, after a shot of the Hinckley portico, are some photos of engineering buildings that one might have expected would come down, and finally some of the neighborhood buildings that, after so many years, should have insults removed, not multiplied: 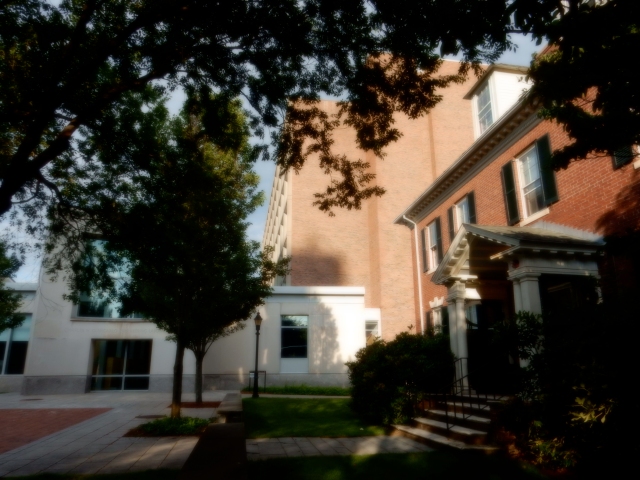 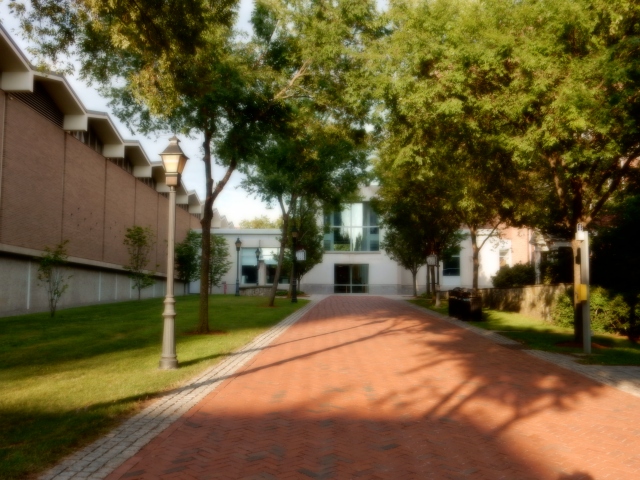 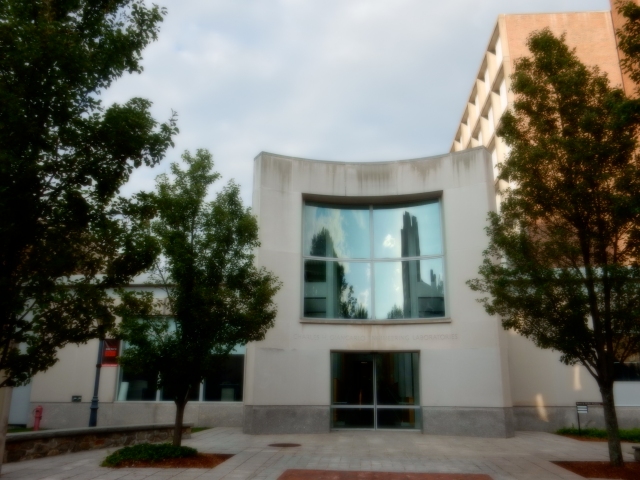 View of Giancarlo Lab at end of Manning Walk. 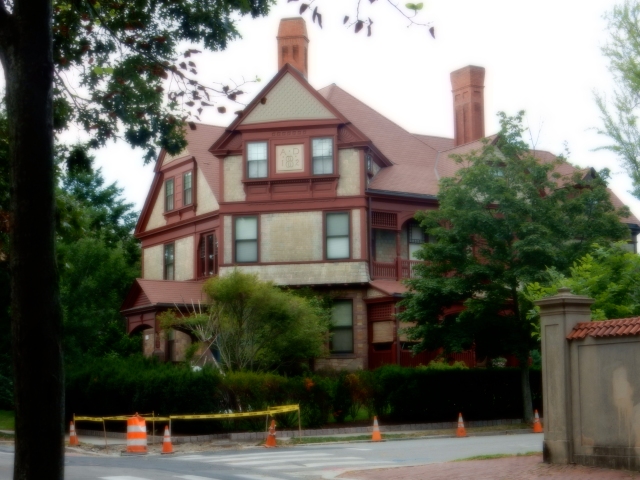 Mansion at northeast corner of Hope and Manning. 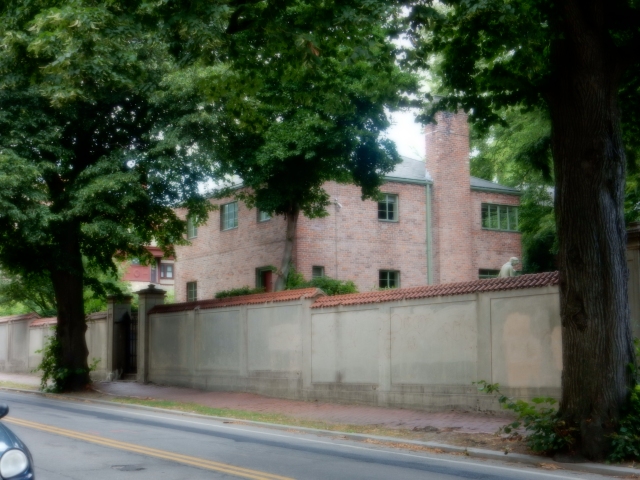 Walled mansion on southeastern corner of Hope and Manning.

This blog was begun in 2009 as a feature of the Providence Journal, where I was on the editorial board and wrote a weekly column of architecture criticism for three decades. Architecture Here and There fights the style wars for classical architecture and against modern architecture, no holds barred. History Press asked me to write and in August 2017 published my first book, "Lost Providence." I am now writing my second book. My freelance writing on architecture and other topics addresses issues of design and culture locally and globally. I am a member of the board of the New England chapter of the Institute of Classical Architecture & Art, which bestowed an Arthur Ross Award on me in 2002. I work from Providence, R.I., where I live with my wife Victoria, my son Billy and our cat Gato. If you would like to employ my writing and editing to improve your work, please email me at my consultancy, dbrussat@gmail.com, or call 401.351.0457. Testimonial: "Your work is so wonderful - you now enter my mind and write what I would have written." - Nikos Salingaros, mathematician at the University of Texas, architectural theorist and author of many books.
View all posts by David Brussat →
This entry was posted in Architecture, Architecture History, Development, Preservation, Providence and tagged Brown University, Engineering School, Kieran Timberlake, Penn. Bookmark the permalink.