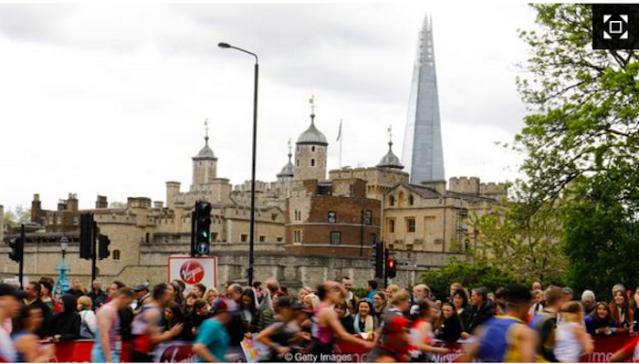 The Tower of London, with the Shard rising in the background. (BBC)

Nir Buras, founder of the Washington chapter of the Institute of Classical Architecture & Art, sent out to the Pro-Urb (New Urbanist) discussion group an article from the BBC that has much to say about buildings and which of them will survive the longest.

The headline of “The Simple Rule that Can Help You Predict the Future,” by Tom Chatfield, is a bit dodgy, as if it were click-bait inhabiting the murky bottom of many “news” websites. The “simple rule” is called the Lindy Effect, and it can’t, as the headline seems to imply, predict your future.

“What makes something endure for centuries? To find out, we must start with a principle called the ‘Lindy Effect.’ ” That is the subhead of Chatfield’s piece, and it is on target.

Chatfield cites author Nassim Nicholas Taleb’s 2012 book Antifragile: Things That Gain from Disorder as saying that the Lindy Effect – named for insights derived from the conversation among comedians at a New York delicatessen called Lindy’s – only predicts the longevity of inanimate objects such as buildings. Taleb writes: “Things that have been around for a long time are not ‘aging’ like persons, but ‘aging’ in reverse. … Every year that passes without extinction doubles the additional life expectancy.” Chatfield adds:

Because the only judge that matters when it comes to the future is time, our only genuinely reliable technique for looking ahead is to ask what has already proved enduring: what has shown fitness and resilience in the face of time itself, surviving its shocks and assaults across decades, centuries or millennia. The Tower of London may seem modest in comparison to the Shard skyscraper – which sits across the Thames at 11 times the height – but it has also proved its staying power across 94 times as many years. The Shard may be iconic and imposing, but its place in history is far from assured. When it comes to time, the older building looms larger.

The Lindy Effect works not just for buildings – our main concern here – but other things that do not die according to schedule, such as human beings, trees, or other biological phenomena of nature. The Lindy Effect predicts how long books, ideas, religions, art, myths, machinery, ethics, the careers of comedians, and other manmade artifacts of culture will last.

are subject to the same forces of wear and tear as everything else on Earth: they may be tough, but they cannot remain in good condition without human support. And it’s for precisely this reason that the Lindy Effect is so useful when it comes to understanding them. The longer something has endured, the more significance and symbolic meaning it has accrued – and the more tests of function and fashion it has passed. The modern city of London, like most cities with hundreds of years of history, bends and weaves itself around its monuments. Over the centuries, fortune and favor have fixed them into a city’s identity. Within days of the fire at the 800-year-old cathedral of Notre-Dame de Paris earlier this year, the watching world had pledged over a billion euros to fund its reconstruction. It’s unlikely the Shard would have commanded quite the same response.

This may remind readers of Steve Mouzon’s splendid 2010 book The Original Green, in which he declares that the most environmentally sustainable buildings are those which are the most loved. In short, buildings that have been around a long time – or new buildings that look like they are based on the same principles of those beloved old buildings. He identifies traditional architecture as placing the gentlest carbon footprint on the Earth, much more so than buildings anointed by such fraudulent means as LEED, which traffics mostly in “gizmo green,” or. absurdly, gadgets designed to reduce the destructive impact of existing gadgets.

Here is Chatfield’s description of (you might say) Taleb channeling Mouzon:

When it comes to human creations – buildings, artefacts, ideas – there’s a similar adaptive superfluity in play. Even the hardiest buildings are fragile in the grander scheme of things. But the emotions and ideas that lead us to admire, maintain and emulate a handful of them are robust.

Or, in brief, as Chatfield states in closing his article:

When you look across the present moment, almost everything you see is noise. In the long view, it amounts only to distraction. To bastardize a famous quote by the author William Gibson: the future is already here, but the most important parts of it happened a long time ago.

This blog was begun in 2009 as a feature of the Providence Journal, where I was on the editorial board and wrote a weekly column of architecture criticism for three decades. Architecture Here and There fights the style wars for classical architecture and against modern architecture, no holds barred. History Press asked me to write and in August 2017 published my first book, "Lost Providence." I am now writing my second book. My freelance writing on architecture and other topics addresses issues of design and culture locally and globally. I am a member of the board of the New England chapter of the Institute of Classical Architecture & Art, which bestowed an Arthur Ross Award on me in 2002. I work from Providence, R.I., where I live with my wife Victoria, my son Billy and our cat Gato. If you would like to employ my writing and editing to improve your work, please email me at my consultancy, dbrussat@gmail.com, or call 401.351.0457. Testimonial: "Your work is so wonderful - you now enter my mind and write what I would have written." - Nikos Salingaros, mathematician at the University of Texas, architectural theorist and author of many books.
View all posts by David Brussat →
This entry was posted in Architecture and tagged Antifragile, BBC, Disorder, Future, Lindy Effect, Nassim Nicholas Taleb, Notre Dame, Shard, Steve Mouzon, The Original Green, Tom Chatfield, Towr of London. Bookmark the permalink.

10 Responses to Future of buildings revealed