Out to Lunch. Old Solutions to New Problems. (PL Diesslin)

One of the endearing features of electric and hybrid cars is the silence of their engines. So of course that feature is about to meet its maker. U.S. and E.U. regulators are calling for noisemaking electric engines for safety reasons. Maybe the newfangled fake engine sounds should mimic real engine sounds. That would make more sense, vrooming more softly, possibly with a melody. Actually, automakers are far ahead of government. They’ve been souping up the menacing bass growl from under the hoods of pickup trucks and muscle cars for years now. Fooled ya!

Electric automakers anticipating efforts to ruin their products’ silence are trying to beat mandates to the punch. They have gentle sonic compositions in mind, bless them, although Harley-Davidson’s electric motorcycles will supposedly emit the sound of pigs snorting. Ha-ha! Inevitably, however, the systems gurus will give drivers a menu of options that will allow automobile owners to display their own highly refined musical tastes.

Imagine each driver being able to choose the music he prefers for the car he owns. Imagine reaching the rear of a slow-moving traffic jam. Imagine the cacophony! The Beatles, the Stones, Jimi, Frank, Elvis, Barbra, Cher, Miles, the Duke, “The Marseilles” or any passage from Tchaikovsky’s 1812 Overture (a staple on the Fourth everywhere except Providence) or Beethoven’s “Ode to Joy.” All at once! (One can and probably should imagine worse.) 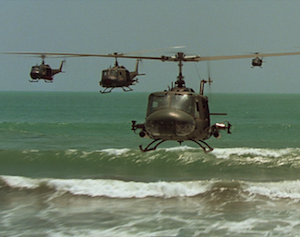 I have my own favorite. For my very modest, dinged to the max 2009 Hyundai Accent, give me Wagner’s “Ride of the Valkyries” from Apocalypse Now. That’ll clear out the road ahead! Actually, for most situations, such as driving through streets near schools (now 20 m.p.h. by law), give me the Ode to Joy. Give me that and I’ll creep through Providence, schools or no schools. Or for that matter, with the news about the Providence schools, why not play Mozart on all school buses? Maybe that will improve scores in the recently damned system. And every school cafeteria should play the aria from Le Nozze di Figaro that Tim Robbins sends over the prison loudspeakers in The Shawshank Redemption creating momentary bliss for the inmates. Play it in every school cafeteria. This would pacify the student population, soothing its savage breast. Don’t just put speakers in car engines, install them on all of the lampposts that line every road and play that aria all the time, everywhere. This would create a universal road-rage-free zone, and reduce the crime rate in cities.

Conversely, I would like the meanest, muscle-bound sports car to issue forth a soft putt-putt-putt-putt-putt-putt. Watching it travel down the road and imagining the feelings of its knuckleheaded driver would generate instant Shadenfreude – satisfaction at the misery of others. Better than a psychiatrist!

Hmm. Maybe something good will come out of safety concerns. For half a century we’ve all had to put up with that bleepin’ “BEEP! BEEP! BEEP! BEEP!” whenever a truck backs up. We can blame it on Jimmy Carter, but that doesn’t help very much. Maybe now trucks will be forced to adopt sonic vehicular reform. Progress marches forward. At least we can hope. 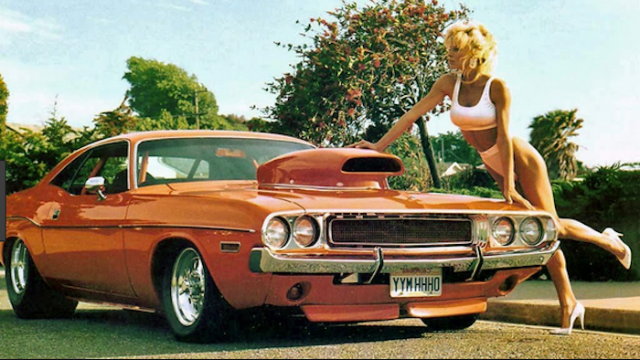 This blog was begun in 2009 as a feature of the Providence Journal, where I was on the editorial board and wrote a weekly column of architecture criticism for three decades. Architecture Here and There fights the style wars for classical architecture and against modern architecture, no holds barred. History Press asked me to write and in August 2017 published my first book, "Lost Providence." I am now writing my second book. My freelance writing on architecture and other topics addresses issues of design and culture locally and globally. I am a member of the board of the New England chapter of the Institute of Classical Architecture & Art, which bestowed an Arthur Ross Award on me in 2002. I work from Providence, R.I., where I live with my wife Victoria, my son Billy and our cat Gato. If you would like to employ my writing and editing to improve your work, please email me at my consultancy, dbrussat@gmail.com, or call 401.351.0457. Testimonial: "Your work is so wonderful - you now enter my mind and write what I would have written." - Nikos Salingaros, mathematician at the University of Texas, architectural theorist and author of many books.
View all posts by David Brussat →
This entry was posted in Architecture, Humor and tagged Apocalypse Now, Beethoven, Electric Cars, Jimmy Carter, Mozart, Music, Providence Schools, Shawshank Redemption, Silent Engines, Technology, Wagner. Bookmark the permalink.