Scary skylines of the future 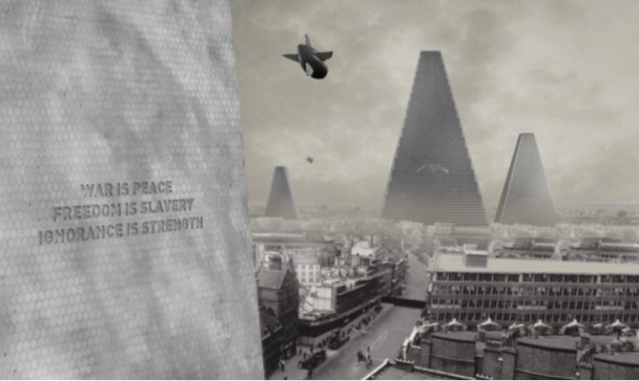 The March edition of my blog for Traditional Building, “Modern Architecture and the Administrative State,” arose from some chilling passages quoted in an essay from the Claremont Review of Books called “How the Ruling Class Rules,” which was a review of Paul Moreno’s The Bureaucrat Kings: The Origins and Underpinnings of America’s Bureaucratic State. Theorists of government from the past were prescient about the future, invoking horrors that can easily be translated into modern architecture. Facebook, anyone? Here is a quote from my TB blog:

Tying together some passages Moreno has selected builds up to an eerie parallel between the direction of bureaucracy and the direction of architecture. Hegel promoted the “organized intelligence” of the “rational state.” Dewey called it the “social intelligence.” Kafka warned that “every revolution evaporates and leaves behind only the slime of a new bureaucracy.” Marx called bureaucracy the “circle from which one cannot escape.” Weber foresaw in rational control the “polar night of icy darkness” and the “iron cage,” culminating in “the shell of that future bondage” and “the disenchantment of the world.”

The shell of that future bondage sure sounds like the glass and steel exoskeleton of corporate modern architecture.

It seems, however, that today’s dystopian architects prefer a rectangular motif more than the pyramidal motif that caused Orwell’s hair to stand on end. Film directors have been good seeing bad things in the future, too, as my TB post also suggests. 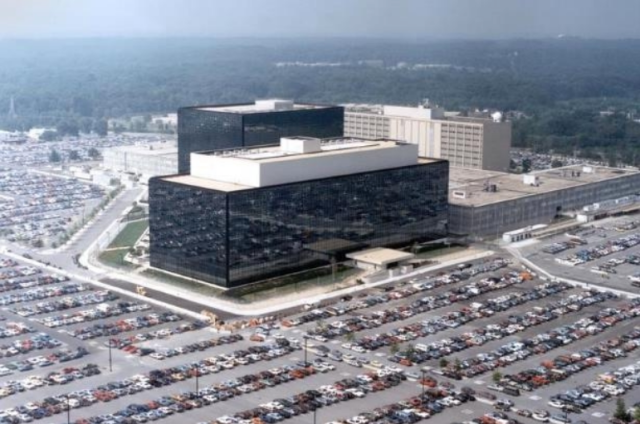 Headquarters of the National Security Agency at Fort Meade, outside D.C. (pressfrom.com)

This blog was begun in 2009 as a feature of the Providence Journal, where I was on the editorial board and wrote a weekly column of architecture criticism for three decades. Architecture Here and There fights the style wars for classical architecture and against modern architecture, no holds barred. History Press asked me to write and in August 2017 published my first book, "Lost Providence." I am now writing my second book. My freelance writing on architecture and other topics addresses issues of design and culture locally and globally. I am a member of the board of the New England chapter of the Institute of Classical Architecture & Art, which bestowed an Arthur Ross Award on me in 2002. I work from Providence, R.I., where I live with my wife Victoria, my son Billy and our cat Gato. If you would like to employ my writing and editing to improve your work, please email me at my consultancy, dbrussat@gmail.com, or call 401.351.0457. Testimonial: "Your work is so wonderful - you now enter my mind and write what I would have written." - Nikos Salingaros, mathematician at the University of Texas, architectural theorist and author of many books.
View all posts by David Brussat →
This entry was posted in Architecture and tagged Claremont Review of Books, Facebook, George Orwell, Modern Architecture, Movie Sets, Paul Moreno, The Bureaucrat Kings, Traditional Building. Bookmark the permalink.

2 Responses to Scary skylines of the future