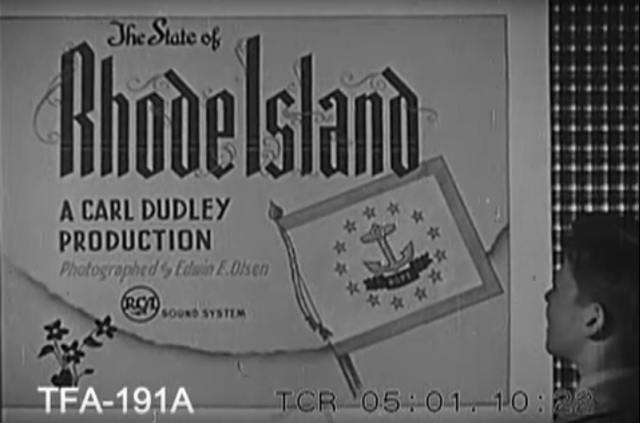 Here’s a video of a nine-minute promotional film on Rhode Island, the smallest state in the union – though the state with the nation’s highest per capita production of industrial goods. The grainy black & white photography and the “professional” voice of the narrator combine, along with the film’s quaint subject matter, to produce a treasury of head-snapping “come again?” moments. Why does almost everyone in the film seem to be bedraggled, as if they had just survived the Hurricane of 1938, a full decade prior to the film’s release? Actually, in spite of the narrator’s condescending praise of the state’s economy, by the time this film was made the economy had been on the slide for at least three decades, a decline that remains the smallest state’s greatest legacy (except for its liberty in religious concernments). There is more than enough here to cognate the dissonance of every modern Rhode Islander. In addition to the video itself, below are several local screenshots. Enjoy! 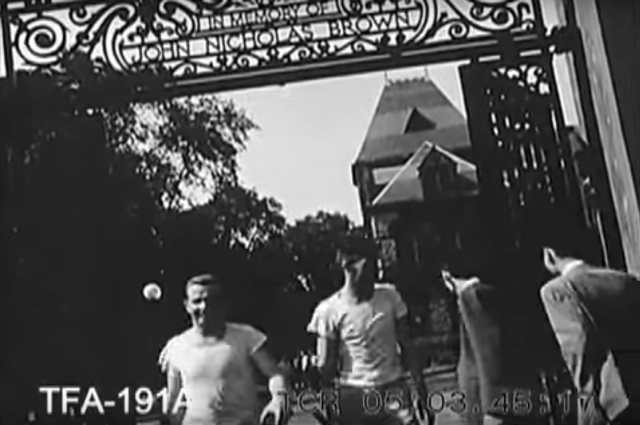 This blog was begun in 2009 as a feature of the Providence Journal, where I was on the editorial board and wrote a weekly column of architecture criticism for three decades. Architecture Here and There fights the style wars for classical architecture and against modern architecture, no holds barred. History Press asked me to write and in August 2017 published my first book, "Lost Providence." I am now writing my second book. My freelance writing on architecture and other topics addresses issues of design and culture locally and globally. I am a member of the board of the New England chapter of the Institute of Classical Architecture & Art, which bestowed an Arthur Ross Award on me in 2002. I work from Providence, R.I., where I live with my wife Victoria, my son Billy and our cat Gato. If you would like to employ my writing and editing to improve your work, please email me at my consultancy, dbrussat@gmail.com, or call 401.351.0457. Testimonial: "Your work is so wonderful - you now enter my mind and write what I would have written." - Nikos Salingaros, mathematician at the University of Texas, architectural theorist and author of many books.
View all posts by David Brussat →
This entry was posted in Architecture, Old Video, Uncategorized and tagged Newport, Providence, Rhode Island, Tourism, Video, Westerly, Woonsocket. Bookmark the permalink.